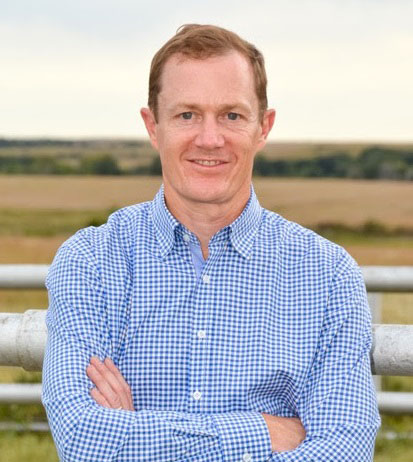 Ford Drummond is the third generation to manage the family ranch in Osage County, Oklahoma, where his great-grandfather worked as a trader with the Osage Tribe prior to statehood. He graduated from Pawhuska High School in 1981, earned a Bachelor of Arts in economics from Stanford University in 1985, and a law degree from the University of Virginia in 1989. Prior to returning to Oklahoma in 1998, he was in private law practice in San Francisco, served as legislative assistant to a member of congress on the Ways and Means Committee, and was legislative counsel to the American Medical Association in Washington, DC.

Drummond lives in Bartlesville, where he and his wife, Vanessa, raised their three children: Virginia, Frederick, and Margaret. He currently serves on several volunteer boards, including the Oklahoma Nature Conservancy, the Frank Phillips Foundation (Woolaroc), and the Texas and Southwestern Cattle Raisers. He was a member of the Oklahoma Water Resources Board from 2006 to 2020, is a director of BancFirst Corporation in Oklahoma City, and a trustee for the Virtus Mutual Fund board in Hartford, Connecticut. He is a graduate of Leadership Oklahoma Class XIV. He enjoys biking, skiing, tennis, and reading.