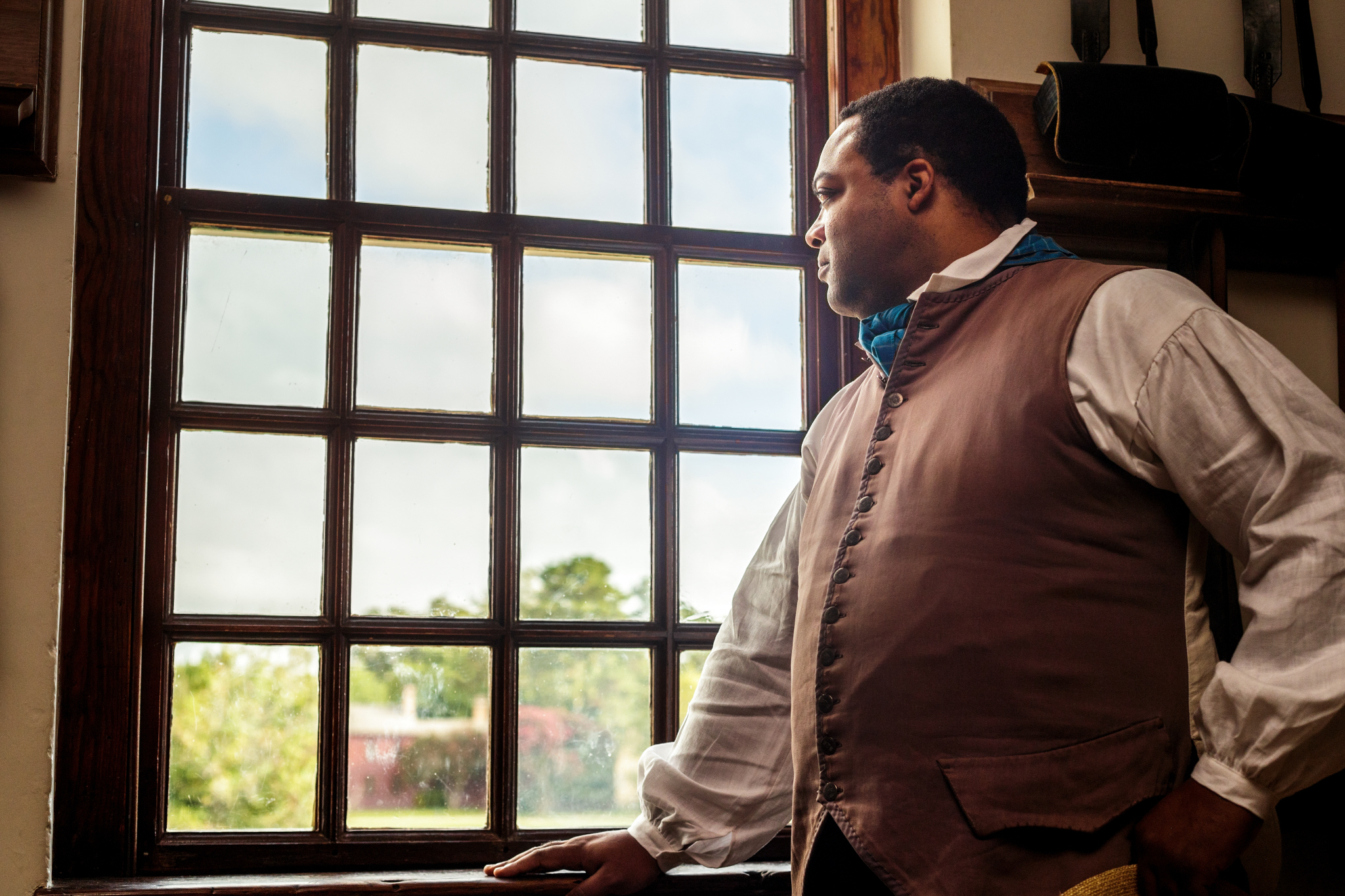 The Oklahoma History Center is honored to present Colonial Williamsburg’s Stephen Seals in a portrayal of James Armistead Lafayette. Join us for this special presentation Thursday, February 6, from 7 to 8:30 p.m. and will take place in the Chesapeake Event Center. Admission is $10 for Oklahoma Historical Society members and $20 for nonmembers. There is no reserved seating, so early arrival is recommended. Doors will open at 6:30 p.m. Tickets may be purchased by calling 405-522-0765.

James Armistead Lafayette was born in 1748. He met the Marquis de Lafayette in 1780, who enlisted him as a spy for the Continental forces. Upon arriving behind enemy lines, both Benedict Arnold and Charles Cornwallis enlisted him to spy on American forces. After the war ended, he fought for his freedom for another five years before finally gaining it in 1787 and taking on the last name of the Marquis. He married and lived out his life, being reunited with Lafayette in 1824 in Richmond. He died in 1830.

Stephen Seals started off his professional career as a freelance actor traveling the country performing and directing theatre for 14 years before being hired at Colonial Williamsburg. He attended Virginia Commonwealth University as a Theatre Education Major. During this time, he expanded into writing, directing and stage/ production management. Stephen joined the Colonial Williamsburg Foundation ten years ago as a first-person actor interpreter. He was a supervisor of the unit for three years before becoming the manager of program development for African American and religion interpretation for the foundation. He currently portrays nation-builder James Armistead Lafayette and is a community outreach liaison and program developer for the foundation.