On both days, special presentations will be made before the Battle of Honey Springs reenactments will take place at 1 p.m.  The reenactment camps will open to the public at 10 a.m.

The Battle of Honey Springs reenactment shows the largest of approximately 107 documented Civil War military engagements in present-day Oklahoma. The engagement took place on July 17, 1863, just two weeks after the famous Battles of Gettysburg and Vicksburg. Approximately 9,000 Union and Confederate troops, mostly American Indians and African Americans, were involved in the Battle of Honey Springs. Of those, approximately 200 total casualties were suffered. After a decisive Union victory, Confederates lost control of Indian Territory north of the Arkansas River. The Union victory also ensured Federal control of Fort Gibson in Indian Territory and Fort Smith in Arkansas.

The cost for Saturday and Sunday will be $10 for adults. Children ages 12 and under are free. For more information regarding the Reenactments of the Battle of Honey Springs, please email honeysprings@okhistory.org or alynn@okhistory.org, or call 918-617-7125. 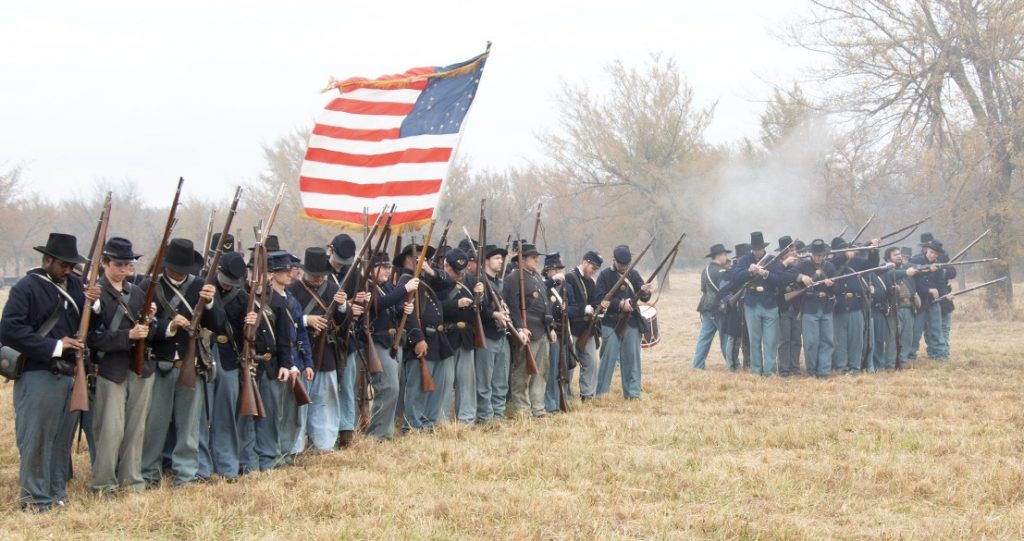