Beginning on December 5, the Honey Springs Battlefield will host the traveling exhibit The Spirit of Greenwood/1921 Tulsa Race Massacre from the Tulsa Historical Society. The exhibit explores the history, prosperity, and perseverance of the earliest Black residents of the Greenwood area and the tragic confluence of events of the 1921 Tulsa Race Massacre. The exhibit will be on display inside the visitor center from Saturday, December 5, to Saturday, December 19. Admission to the Honey Springs Battlefield Visitor Center is $5 for Adults; $3 for seniors; $2 for students; and free for children 5 and under, veterans and active military (with ID), OHS members, and Friends of Honey Springs Battlefield members. There is also a family rate of $18 for up to six people.

Believed to be the single worst incident of racial violence in American history, the bloody 1921 outbreak in Tulsa has continued to haunt Oklahomans. During the course of eighteen terrible hours on May 31 and June 1, 1921, more than one thousand homes and businesses were destroyed, while credible estimates of deaths range from fifty to three hundred. By the time the violence ended, the city had been placed under martial law, thousands of Tulsans were being held under armed guard, and the state’s second-largest African American community had been burned to the ground.
—Scott Ellsworth, “Tulsa Race Massacre,” The Encyclopedia of Oklahoma History and Culture

For more information regarding the presentation and the Honey Springs Battlefield and Visitor Center, please contact honeysprings@okhistory.org or call 918-473-5572. Honey Springs Battlefield is located east of US Highway 69 between Oktaha and Checotah. The Visitor Center is located on a hill in close proximity to the Oklahoma Blues Hall of Fame in Rentiesville. Take the second left after reaching the Oklahoma Blues Hall of Fame Museum (driving from the west). 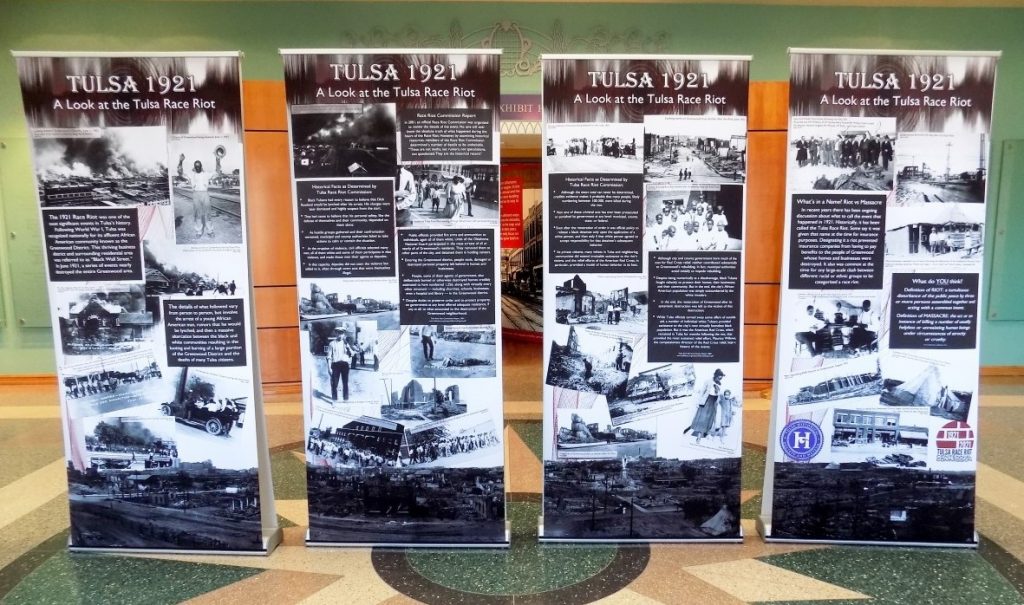