On February 2, the Oklahoma Territorial Museum and Carnegie Library will open a new Smithsonian traveling exhibit about America’s role in World War I, the “War to End All Wars.” World War I: Lessons and Legacies will explore the war, as well as its lasting impact and far-reaching influence on American life. Sparked by the assassination of one man, the war eventually included the forces of the world’s major industrial powers and ended with millions dead. Beyond the countries involved and people affected, World War I gave rise to significant and enduring changes in America. Wartime technologies and medical advances resulted in new industries and novel ways to fight disease and treat disabilities. The roles that women and minorities filled in the war led to the right to vote for women and a raised consciousness of civil rights issues throughout society. From the Great Migration to the 1918 flu pandemic, and from the unionization movement to women’s suffrage, World War I led to pivotal changes in America’s culture, technology, economy, and role in the world. It redefined how we saw ourselves as Americans and its legacy continues today. 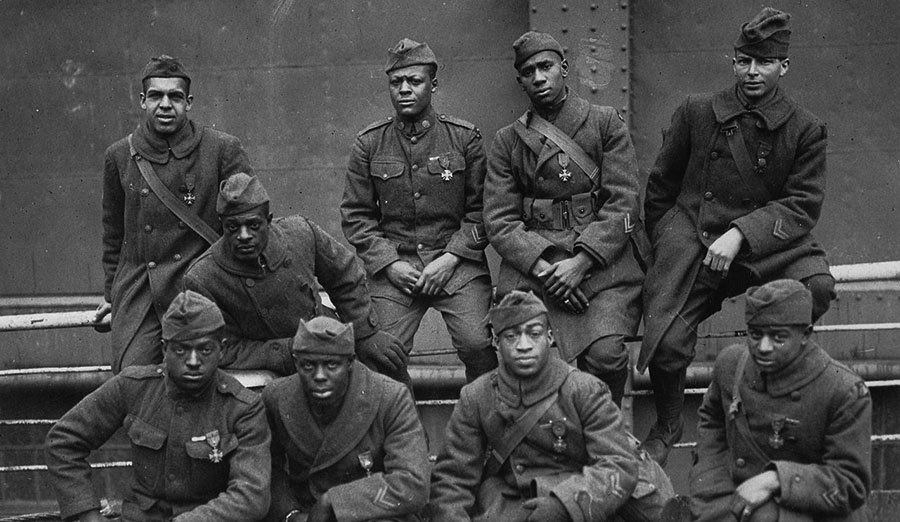 Soldiers of the 369th Infantry Regiment, known as the “Harlem Hellfighters,” some of whom were awarded the Croix de Guerre for gallantry in action in France in 1919 (image courtesy of the National Archives and Records Administration).