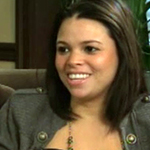 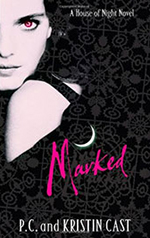 Kristin and her mother P. C. are the creators of the best-selling House of Night series that focuses on young adults coming of age at a vampyre finishing school. But the series, which begins with Marked (2007), is about more than just the surreal. Pointing to acceptance as one of their major themes, Kristin explains, “I feel like it’s very important to accept those, not only of different sexual preferences, but also of different races and genders.”

Recently Kristin has been doing solo pieces, and her story “Above” was included in the anthology, Kisses from Hell (2010).

An accomplished businesswoman as well as a writer, Kristin Cast has her own clothing line.

Getting Started with Kristin Cast