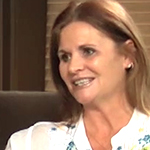 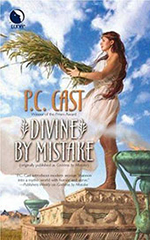 P. C. Cast understands: even fantasy literature has to make concessions to real life. In Divine by Mistake (2006), P. C. introduces us to a beleaguered English teacher mistaken for the goddess of Partholon. Though the teacher enjoys some great goddess perks, she soon realizes her empowerment is an illusion. The sacred feminine remains an important theme in all of P. C.’s novels, including her Goddess Summoning series, which begins with Goddess of the Sea (2003).

P. C. , the cousin of novelist Anne Tyler, also coauthors the blockbuster House of Night vampyre series (2007-present) with her daughter Kristin. The series will soon be the basis for a major motion picture.

P. C. Cast is an art enthusiast and owns an original Picasso.

Getting Started with P. C. Cast