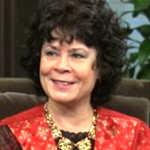 "This tale provides a fresh look at modern belief in a still-powerful legend."—School Library Journal

An award-winning children’s writer and illustrator, Kim Doner is known for underscoring important life lessons with bold swaths of color. Kim is also a dedicated animal rights activist, and that passion is often reflected in her stories. For example, her picture book, On a Road in Africa (2008), is based on Kim’s experiences at an animal orphanage in Kenya, where she worked directly with animal conservationists.

More recently Kim has been illustrating books for best-selling author P. C. Cast, including The Fledgling Handbook 101 (2010), a primer for P. C. ’s House of Night series. Kim has a writing credit for the handbook as well.

Kim never met a furry or feathered friend she didn't like and actively works as an animal rescuer.

Getting Started with Kim Doner