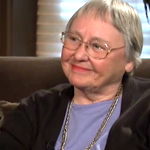 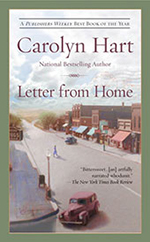 Carolyn G. Hart, who refers to mysteries as contemporary morality plays, is best known for her Death on Demand series (1987-present), which focuses on husband and wife sleuths Max and Annie Darling. The author of over 50 books, Carolyn has shied away from including more graphic violence in her novels, preferring the cozier formats that were once the forte of Agatha Christie.

In addition to publishing two other popular series, Carolyn has also written stand alone titles, most notably Letter from Home, a WWII novel, which Carolyn says is her most autobiographical story.

Carolyn G. Hart is a cat lover, and cats often appear on her book covers.

Getting Started with Carolyn G. Hart