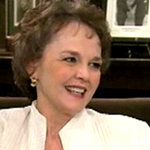 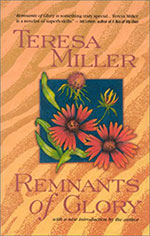 "Teresa Miller is a novelist of superb skills."—Jim Lehrer

While still in her twenties, Teresa Miller published her first novel Remnants of Glory (1981), which received kudos from authors such as John Gardner and Jim Lehrer.  More recently, she has written a memoir, Means of Transit (2008), which was featured on NPR’s The Diane Rehm Show.

Teresa is also the founder of the Oklahoma Center for Poets and Writers at Oklahoma State University in Tulsa. Through the Center, she produces and hosts the television program Writing Out Loud, which is broadcast on OETA, Oklahoma’s PBS affiliate. The series has showcased many of the country’s leading writers, including over twenty Pulitzer winners.

Getting Started with Teresa Miller