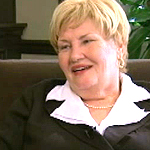 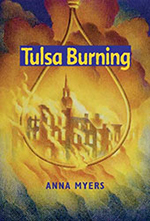 "Compassion and hope prevail in a powerful novel."—Booklist

Young adult author Anna Myers has won multiple awards for her edgy historical fiction. By dealing with such wide-ranging subjects as Abraham Lincoln’s assassination and the Salem witchcraft trials, Anna, a former teacher, has been able to question and reaffirm timeless values. In Tulsa Burning (2002), a coming of age novel, she introduces us to fifteen-year-old Noble, a victim himself, who ultimately lives up to his name by making courageous decisions during the Greenwood Race Riots (1921).

Though Anna’s primary characters are almost always fictional, she also populates her stories with actual historical figures, some as notorious as John Wilkes Booth.

Getting Started with Anna Myers