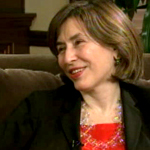 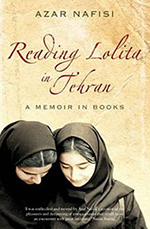 "A spirited tribute both to the classics of world literature and to resistance against oppression."—Kirkus Reviews

Azar Nafisi, who studied at the University of Oklahoma, keys her critically acclaimed bestseller, Reading Lolita in Tehran—A Memoir in Books (2003), to the novels she picked for a book club she formed after returning to Iran. As she reread classics, like Lolita, she and the students she was mentoring reexamined their loyalties to a country they no longer recognized.

An outspoken advocate for human rights, Azar has noted, “It takes courage to die for a cause, but also to live for one.”  Her latest memoir is Things I’ve been Silent About: Memories (2008).

Azar Nafisi's mother one of the first women to be elected to the Iranian parliament.

Getting Started with Azar Nafisi