A world war is a conflict that involves different nations and is fought on continents around the world. World War II is the largest and most deadly war in the history of the world. Over 60 million people died during the war, which is the same as about 20 percent of the US population today. During World War II battles were fought in Asia, Africa, Europe, the South Pacific, and in the United States. Two different groups fought in World War II. The Allies: the United Kingdom, France, the United States, and the Union of Soviet Socialist Republics fought against the Axis powers: Nazi Germany, Italy, and the Empire of Japan. When the 45th Infantry started fighting in World War II, the Axis powers controlled almost all of Europe and even occupied France.

The Holocaust was a part of World War II, as well. Nazi Germany and its collaborators perpetrated the Holocaust, which was a genocide. Genocide is when a government persecutes and kills a group of people because of their race, nationality, ethnicity, religion, political views, disabilities, or sexual orientation. Nazi Germany brought about the deaths of 11 million people in concentration camps during the Holocaust. Most of them were Jewish, but the Nazis also targeted the Polish, Soviet prisoners of war, Gypsies, Jehovah's Witnesses, political opponents, and the mentally and physically disabled.

The 45th Infantry Division fought in Europe from Italy, to France, and finally to Germany. The 45th served for 511 days of combat and participated in four amphibious assaults. At the end of the war, the 45th Infantry helped liberate the concentration camp at Dachau, Germany. 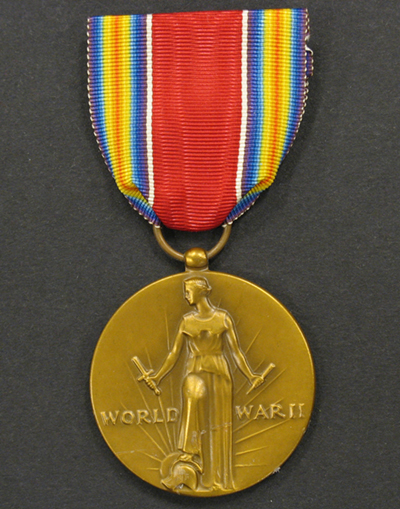 This is a Victory Medal. Every soldier that served in World War II received one of these medals. The medal depicts the Greek goddess Nike breaking a sword and crushing the helmet of the Greek god Mars. Nike is the goddess of victory. The sword represents the Axis armies. Mars is the god of war, so crushing his helmet means an end to war and the beginning of peace (OHS Collections). 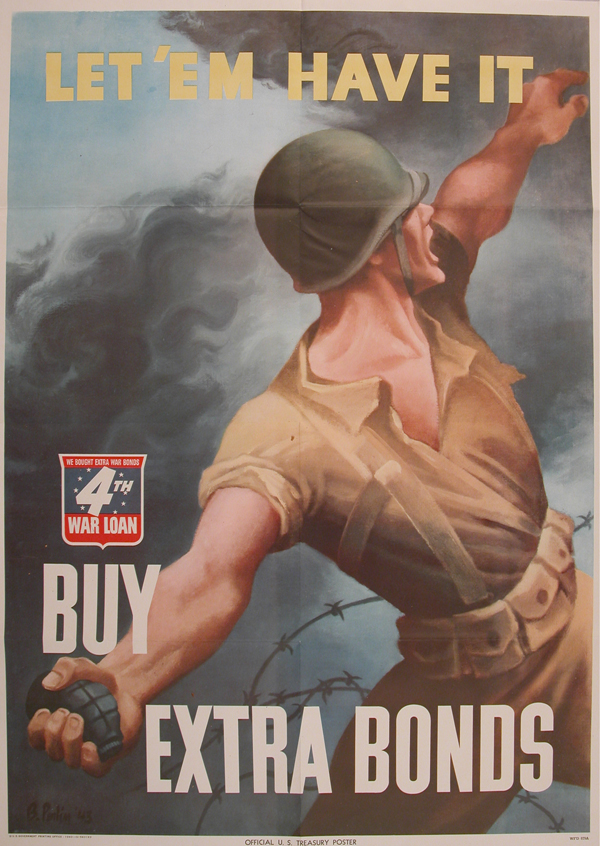 This poster is from the 4th War Loan. During the war, the US Government borrowed money from the citizens of the United States by selling them bonds. A bond is an investment, so the government was promising to pay the people back with interest after the war. People in the US spent as much of their extra money as they could on war bonds, because everyone felt like they contributed to the war effort that way, even if they weren't fighting on the front lines (OHS Collections). 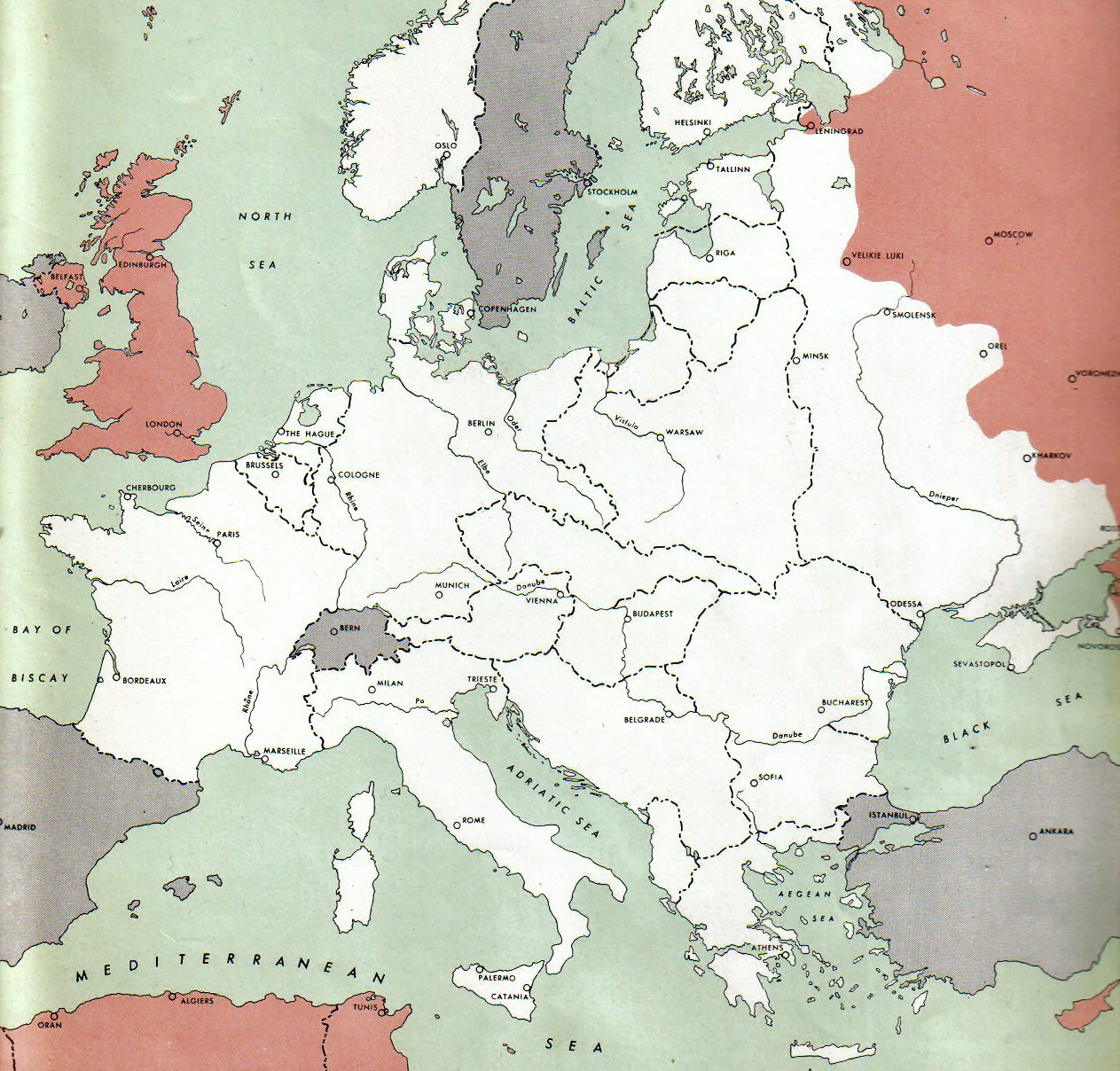 This map shows the occupied nations of Europe, shortly before the 45th Infantry Division landed in Sicily. The Axis controlled the white area, the Allies controlled the red area, and neutral countries (who were not involved in the war) are the gray areas (map courtesy of the US Army).