This activity is from www.firstpalette.com 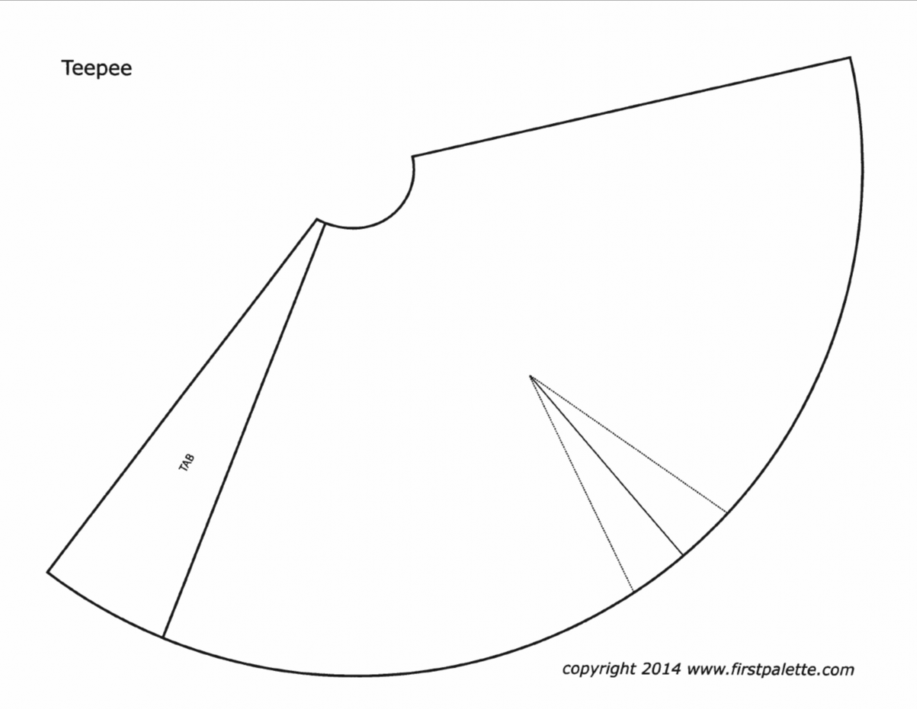 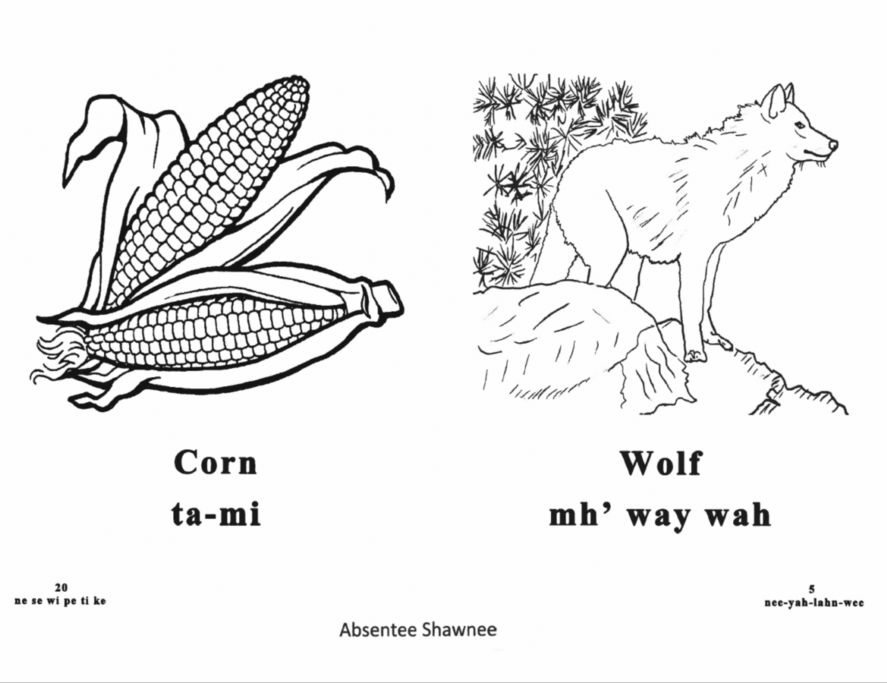 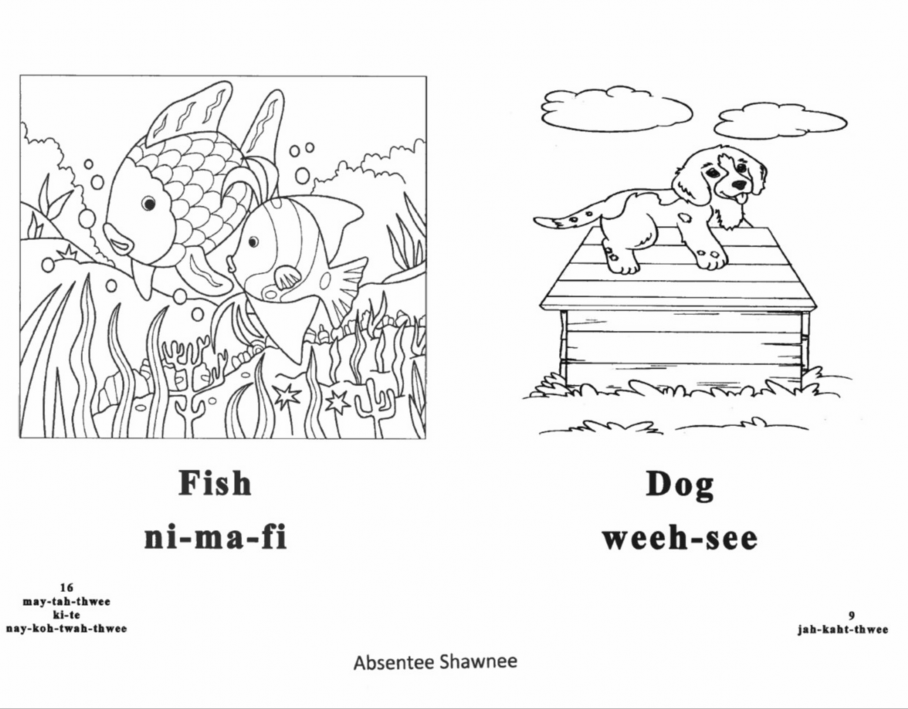 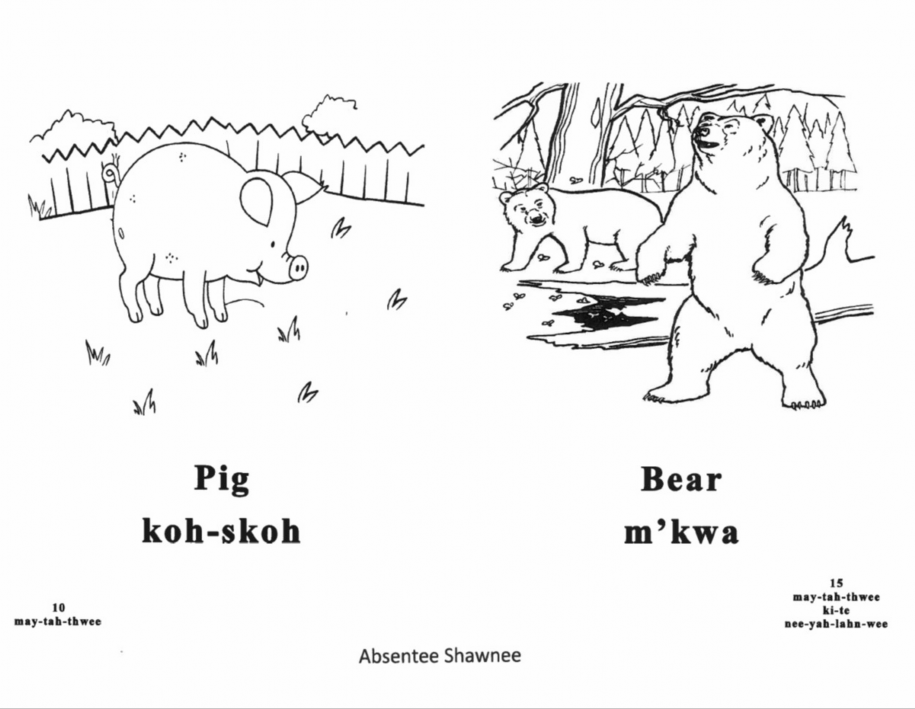 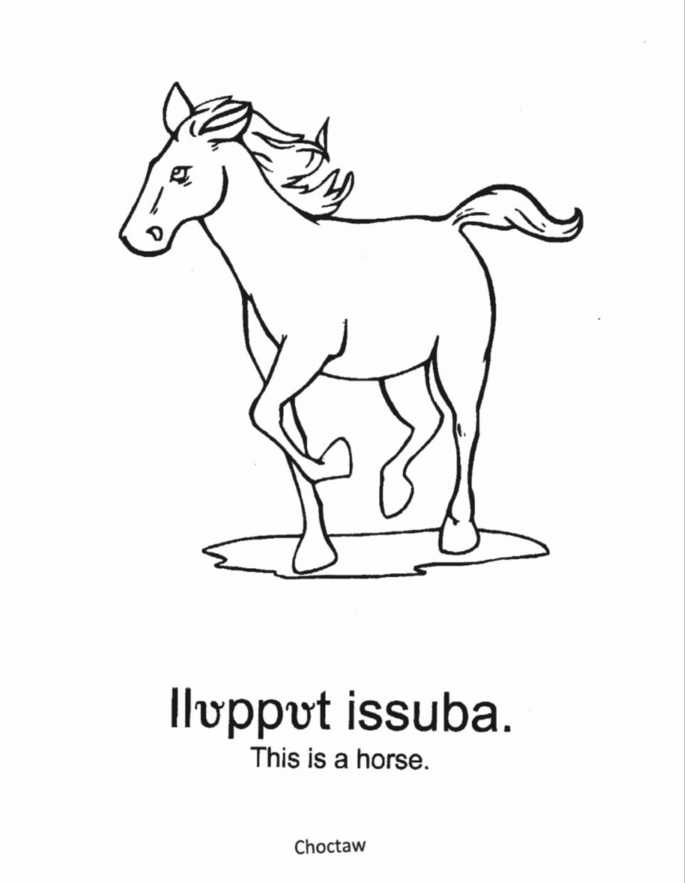 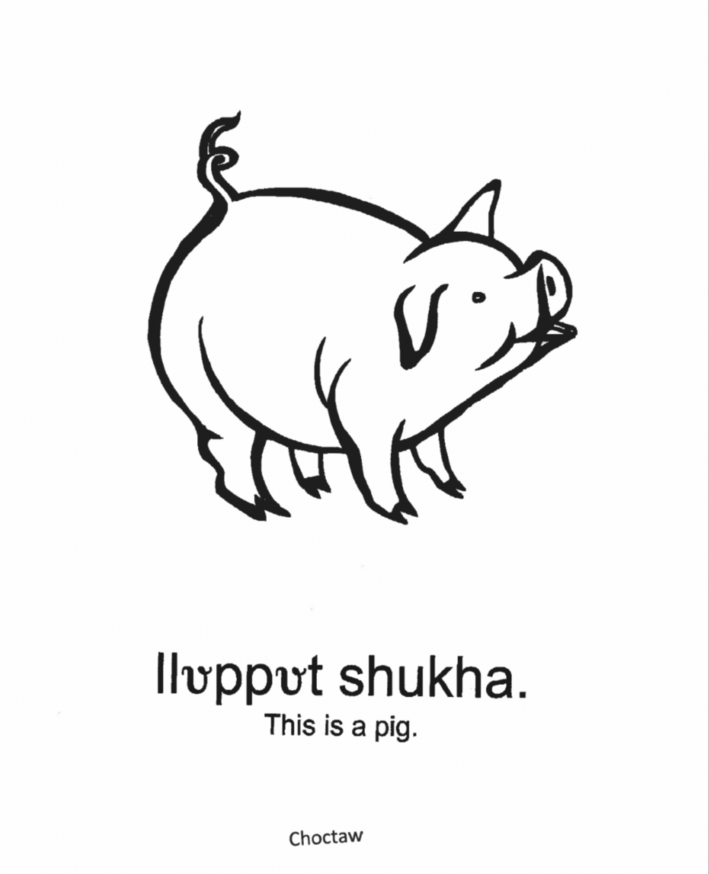 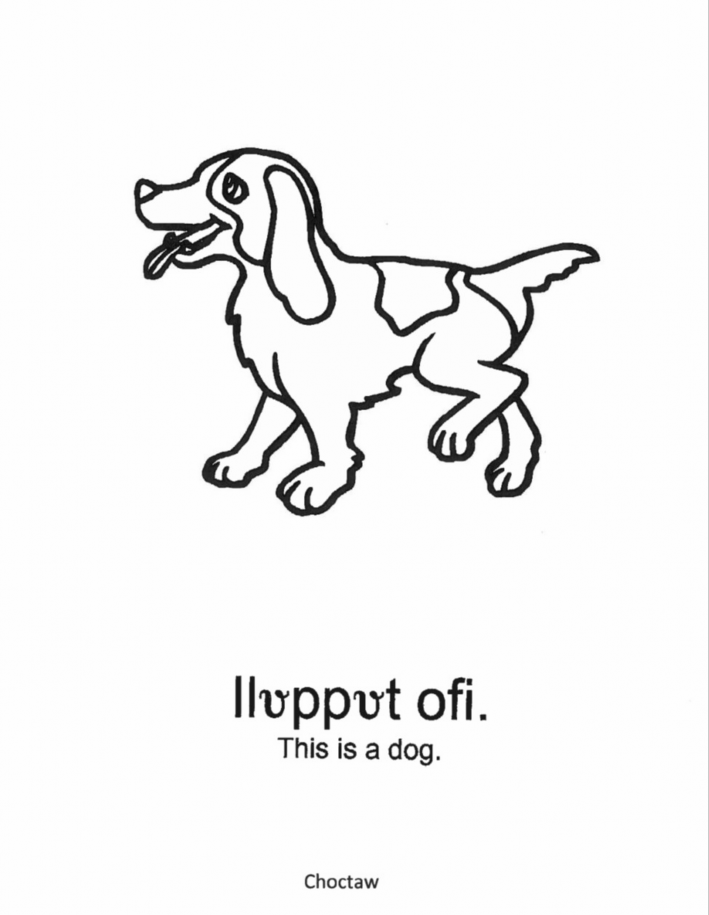 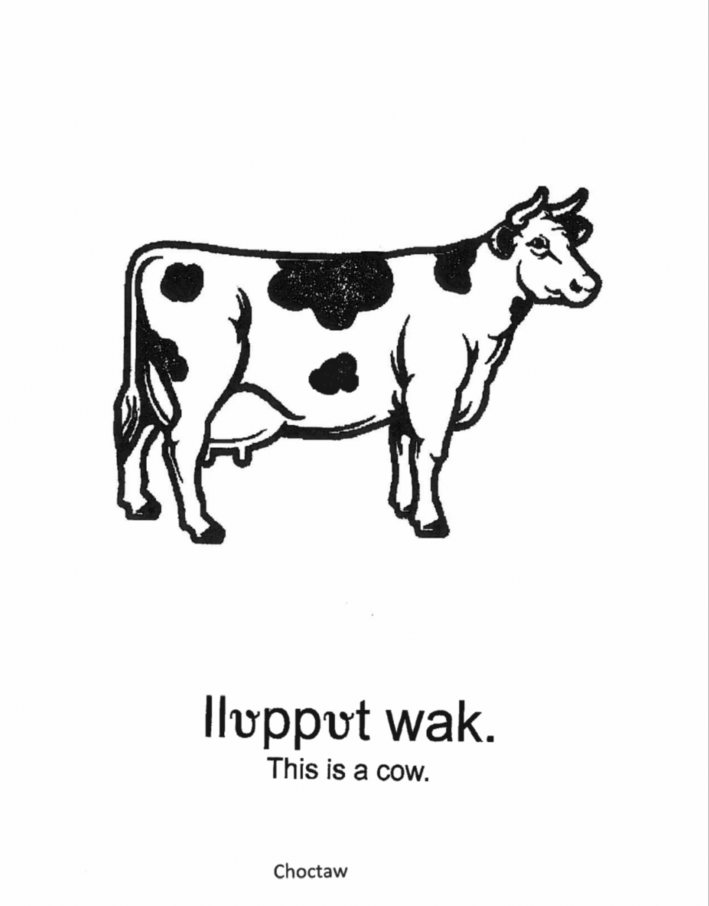 What Can You Make from a Buffalo?

How did American Indians on the plains use every part of the buffalo? Play this interactive game to find out! Play the game at http://americanhistory.si.edu/buffalo/matching.html 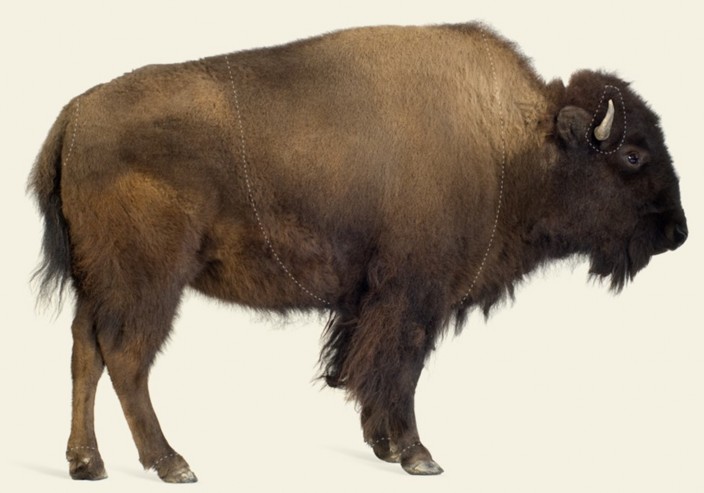 What stories can we learn from buffalo hides? You get to be the historian in this interactive game! Follow the link below and use the worksheets to interpret this Plains Indian buffalo hide. http://americanhistory.si.edu/buffalo/hideactivity.html 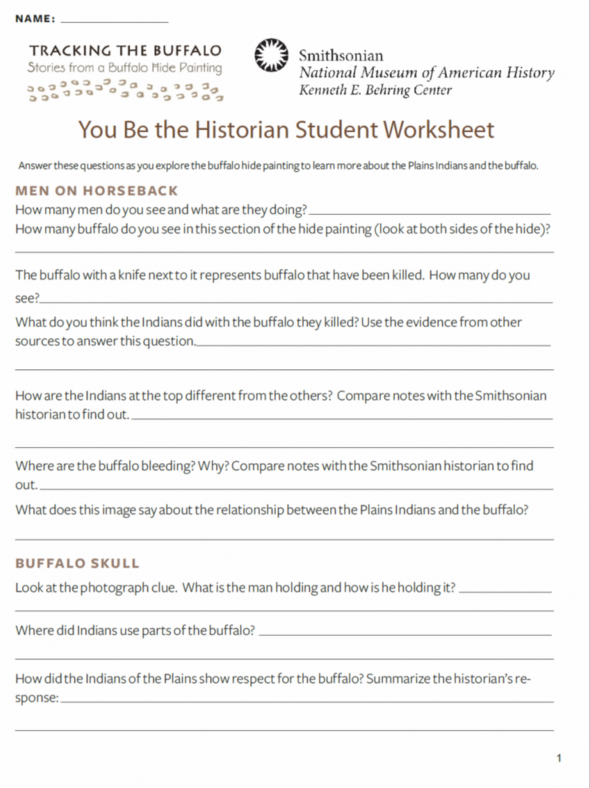 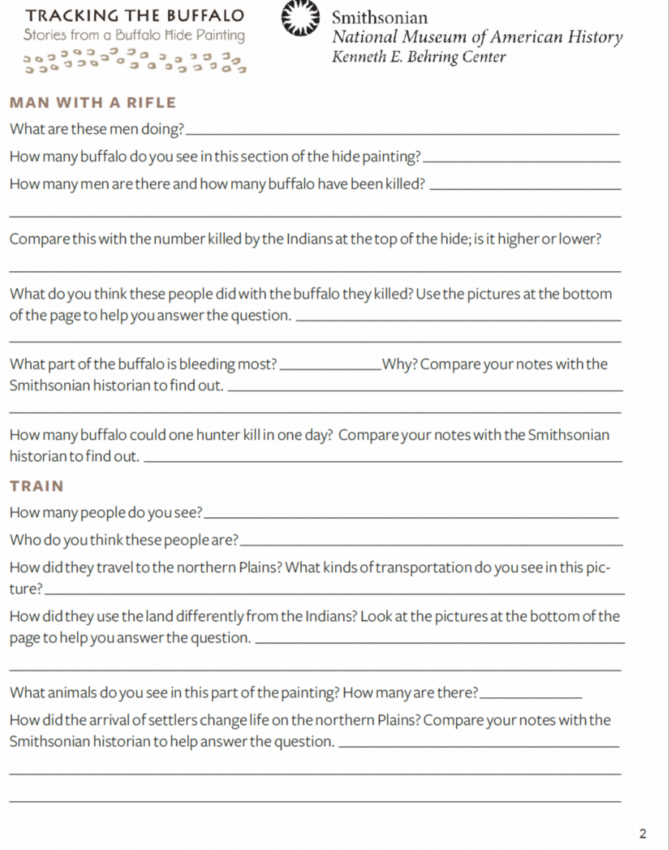 Make Your Own Buffalo Hide Painting

Use the template below to make your own buffalo hide. Draw pictures of things that tell about you and represent important events in your history or your family's history. 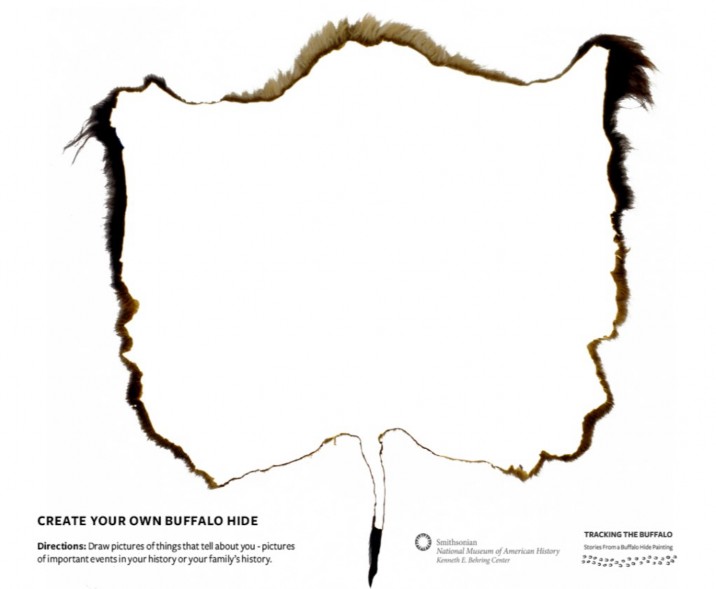 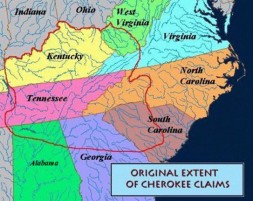 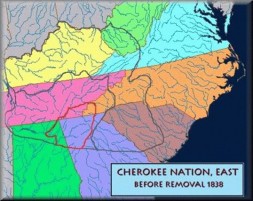 Cherokee land maps: original claims in 1791, and before Indian removal in 1838

This is a painting depicting the Trail of Tears, or Indian removal. 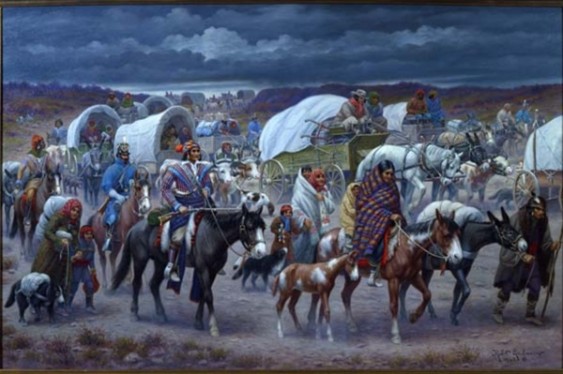 The Trail of Tears by Robert Lindneux, 1942

Why do you think the journey American Indians made is called "The Trail of Tears?"

Use the space below to become a character in the painting. Tell their story. Who are they? Where did they come from? Where are they going? How do they feel? What has happened during their journey?

Read the following letter from Chief John Ross. When you are done, reflect on what you read and answer the questions below.

"It is well known that for a number of years past we have been harassed by a series of vexations, which it is deemed unnecessary to recite in detail, but the evidence of which our delegation will be prepared to furnish. With a view to bringing our troubles to a close, a delegation was appointed on the 23rd of October, 1835, by the General Council of the nation, clothed with full powers to enter into arrangements with the Government of the United States, for the final adjustment of all our existing difficulties. The delegation failing to effect an arrangement with the United States commissioner, then in the nation, proceeded, agreeably to their instructions in that case, to Washington City, for the purpose of negotiating a treaty with the authorities of the United States.

After the departure of the Delegation, a contract was made by the Rev. John F. Schermerhorn, and certain Cherokee individuals, purporting to be a "treaty, concluded at New Echota, in the State of Georgia, on the 29th day of December, 1835, by General William Carroll and John F. Schermerhorn, commissioners on the part of the United States, and the chiefs, headmen, and people of the Cherokee tribes of Indians." A spurious Delegation, in violation of a special injunction of the general council of the nation, proceeded to Washington City with this pretended treaty, and by false and fraudulent representations supplanted in the favor of the Government the legal and accredited Delegation of the Cherokee people, and obtained for this instrument, after making important alterations in its provisions, the recognition of the United States Government. And now it is presented to us as a treaty, ratified by the Senate, and approved by the President [Andrew Jackson], and our acquiescence in its requirements demanded, under the sanction of the displeasure of the United States, and the threat of summary compulsion, in case of refusal. It comes to us, not through our legitimate authorities, the known and usual medium of communication between the Government of the United States and our nation, but through the agency of a complication of powers, civil and military.

By the stipulations of this instrument, we are despoiled of our private possessions, the indefeasible property of individuals. We are stripped of every attribute of freedom and eligibility for legal self-defence. Our property may be plundered before our eyes; violence may be committed on our persons; even our lives may be taken away, and there is none to regard our complaints. We are denationalized; we are disfranchised. We are deprived of membership in the human family! We have neither land nor home, nor resting place that can be called our own. And this is effected by the provisions of a compact which assumes the venerated, the sacred appellation of treaty

We are overwhelmed! Our hearts are sickened, our utterance is paralized, when we reflect on the condition in which we are placed, by the audacious practices of unprincipled men, who have managed their stratagems with so much dexterity as to impose on the Government of the United States, in the face of our earnest, solemn, and reiterated protestations.

The instrument in question is not the act of our Nation; we are not parties to its covenants; it has not received the sanction of our people. The makers of it sustain no office nor appointment in our Nation, under the designation of Chiefs, Head men, or any other title, by which they hold, or could acquire, authority to assume the reins of Government, and to make bargain and sale of our rights, our possessions, and our common country. And we are constrained solemnly to declare, that we cannot but contemplate the enforcement of the stipulations of this instrument on us, against our consent, as an act of injustice and oppression, which, we are well persuaded, can never knowingly be countenanced by the Government and people of the United States; nor can we believe it to be the design of these honorable and highminded individuals, who stand at the head of the Govt., to bind a whole Nation, by the acts of a few unauthorized individuals. And, therefore, we, the parties to be affected by the result, appeal with confidence to the justice, the magnanimity, the compassion, of your honorable bodies, against the enforcement, on us, of the provisions of a compact, in the formation of which we have had no agency."

Based on what you have read, answer the following questions:

Create Your Own Mural

After reading through the American Indian biographies, choose an important person from the list and create a mural in their honor. Pretend that you are an artist who gets to paint the next work of art at the Oklahoma State Capitol Rotunda. After choosing a famous American Indian, create their mural. Be sure to draw or paint something that represents or symbolizes their contribution to their tribe and the state. When you finish, present your mural to your class or a partner and see if they can guess who you chose to honor.

Will Rogers was born on a Cherokee reservation where a former enslaved person taught him how to lasso. Rogers became so proficient with the lasso that he got a job as a trick lassoer in a Wild West Show. While demonstrating his lasso skills, Rogers also began sharing his quips. Eventually he became known more for his sharp wit than his lasso skills. He was a humorist whom many viewed as very wise.

Read through the following quotes of Will Rogers and explore the meaning and humor behind each one. Can you think of any quick quips of your own?

Advertising is the art of convincing people to spend money they don't have for something they don't need.

America is becoming so educated that ignorance will be a novelty. I will belong to the select few.

An ignorant person is one who doesn't know what you have just found out.

Being a hero is about the shortest-lived profession on earth.

Don't let yesterday use up too much of today.

Even if you're on the right track, you'll get run over if you just sit there.

Everybody is ignorant, only on different subjects.

Everything is funny, as long as it's happening to somebody else.

If advertisers spent the same amount of money on improving their products as they do on advertising then they wouldn't have to advertise them.

Live in such a way that you would not be ashamed to sell your parrot to the town gossip.

The best way out of a difficulty is through it.

The man with the best job in the country is the vice-president. All he has to do is get up every morning and say, "How is the president?"

The only time people dislike gossip is when you gossip about them.

Why don't they pass a constitutional amendment prohibiting anybody from learning anything? If it works as well as prohibition did, in five years Americans would be the smartest race of people on Earth.

You've got to go out on a limb sometimes because that's where the fruit is.