American Indians and the Civil War

Although Oklahoma was not yet a state when the Civil War broke out in 1861, those living in Indian Territory were still greatly affected by it. Despite the fact that both the United States government and the Confederate states did not consider American Indians citizens at the time, tribes were still pressured to choose a side. This put the recently removed tribes in a very difficult situation. Some American Indians, like Cherokee Stand Watie, wanted to support the Confederacy and fight against those responsible for his tribe's removal and their mistreatment. Still, some wanted to remain loyal to the United States. If tribes chose to support the Confederacy, the US government would surely cut off their monthly reservation rations, the food and resources many tribes dearly relied on for survival. Because the Confederate army got to Indian Territory first, most tribes were left without a choice; they must support the Confederacy or face destruction and possibly death. 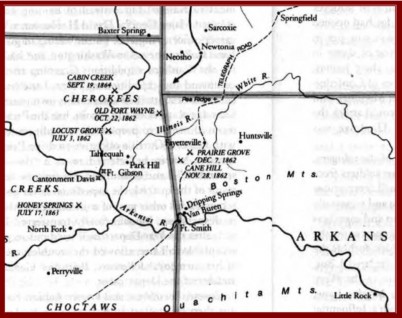 The Civil War was an extremely difficult time for American Indians in Indian Territory. Many had finally started to settle into life in their new homes and end the conflict between tribal factions, or small organized and like-minded groups, before the war broke out. The pressure of choosing between the Union and Confederacy caused the factions within tribes to reemerge. In the end, a large majority of each of the Five Tribes sided with the South. During the Civil War the Chickasaw Nation declared its independence and formally joined the Confederate States of America. The Creeks, Seminoles, Choctaws, and the Watie faction of the Cherokee also aligned with the Confederate states. When the Civil War came to an end in 1865, the Five Tribes had to deal with the loss of life, punishment from the US government, and fighting amongst tribe members. For example, it is estimated that by 1863 one-third of Cherokee married women had become widows, and one-fourth of the children were orphans. The Choctaw Nation was punished most severely by the US government, who forced the tribe to sign over parts of their land and sovereignty. The Cherokee Nation suffered the most from internal conflicts as the two factions, the Watie faction and the Ross faction, fought bitterly even after the war's end.

The Engagement at Honey Springs was the largest of more than 107 documented hostile encounters in the Indian Territory. The engagement took place on a rainy Friday, July 17, 1863, between the 1st Division, Army of the Frontier, commanded by Major Gen. James G. Blunt and the Confederate Indian Brigade led by Brig. Gen. Douglas H. Cooper. Cherokee and Creek regiments fought on both sides. There were approximately 9,000 men involved, including other American Indians, veteran Texas regiments, and the 1st Kansas Colored Volunteers (the first African American regiment in the Union army).

Long before the Civil War, Stand Watie, his brother Elias Boudinot, and their uncle Major Ridge, had been at odds with Principal Chief of the Cherokee Nation John Ross. Watie and his family lead a faction of the Cherokee and supported removal to Indian Territory early on because they believed it was inevitable. By 1861, the outbreak of war caused these two factions to go against each other once again. John Ross avoided forming a Cherokee–Confederate alliance. However, Stand Watie accepted a commission as a colonel in the Confederate States Army and raised the First Regiment of Cherokee Mounted Volunteers. Fearing a coup, Ross reluctantly agreed to a Cherokee-Confederate alliance. However, when the opportunity arose, Ross fled to Federal-controlled territory. In August 1862, Watie replaced Ross as principal chief.

Stand Watie was a leader in the Confederacy despite its lack of resources and manpower in Indian Territory. He is credited with the capture of the Union steamboat J. R. Williams and the Confederate victory at the Second Battle of Cabin Creek. In May 1864 Watie was promoted to brigadier general, and in February 1865 he became the commander of the Indian Division. Watie surrendered on June 23, 1865, the last Confederate general to do so. 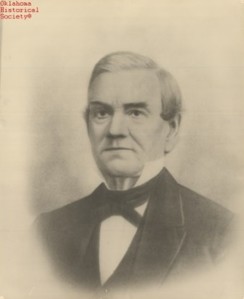 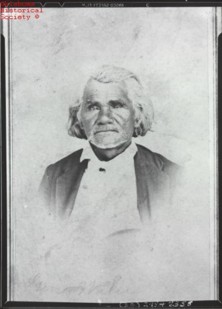