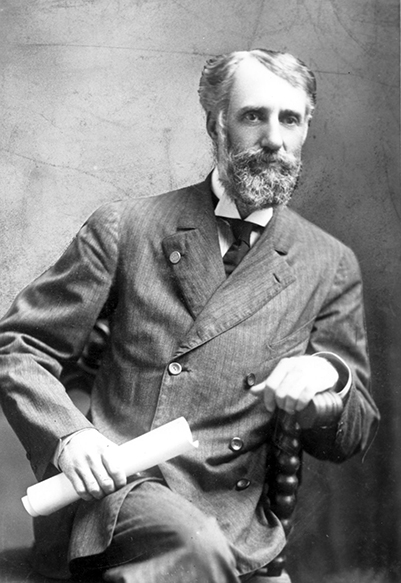 The south Tulsa County town called Bixby was named for Tams Bixby, member of the Dawes Commission and its chair from 1903. In the 1890s, before allotment of lands to Creek individuals, the community lay within the Creek (Mvskoke) Nation. A post office was designated in July 1899. One of 308 townsites laid out by the commission during and after allotment, a formal town of Bixby was surveyed in February 1902 and the plat approved in April by the secretary of the interior. In the tiny community situated in the valley of the Arkansas River approximately eighteen miles southeast of Tulsa, in 1901 three businesses operated. Good bottomland and surrounding prairies attracted farmers. The Bank of Bixby was established in May 1902, joined later by the Farmers and Merchants Bank.

The rural community remained small until the Midland Valley Railroad constructed tracks from Muskogee northwest to Tulsa in 1904, fostering the community's expansion into a real town. The Midland Valley Townsite Company purchased and platted eighty acres on either side of the railroad and north of the government town's eighty acres by mid-1905. The "new" town grew rapidly, and by April 1905 it had Baptist and Christian churches, two schools, several fraternal lodges, a branch of the Anti-Horse Thief Association, and a Good Roads Association group. The Bixby Bulletin published its first issue in February 1905 and remained in operation in 2005. The Bixby Journal provided competition circa 1907–10. Farther from the railroad, "South" town languished and only developed in later years, partly because of contested titles to lots. Meanwhile residents of "new" Bixby petitioned the federal court at Muskogee for incorporation, which was granted in December 1906.

By 1907 statehood the town had grown to 283 and by 1910 to 384. The bustling community served a surrounding agriculture-oriented township of 2,771 residents in 1911, many of whom were Creek allottees. Residents operated a cotton gin, two grain elevators, a roller mill, six general stores, and all the customary small-town enterprises.

Natural gas was discovered nearby in 1905–06 and oil in 1914. As Bixby was near the Red Fork and Glenn Pool oil fields, it benefited from the regional infusion of oil money. In 1930 six oil companies operated, and two pipelines maintained facilities. The town suffered no population loss during the Great Depression, actually gaining from 1,249 inhabitants in 1920 to 1,251 in 1930 and to 1,291 in 1940. Four cotton gins operated in 1930, and two in 1940. During the 1940s and 1950s Bixby remained a small agricultural support center, with a mill, an elevator, and various other businesses. The 1960 population stood at 1,711.

After that, however, the population doubled in ten years as residential development began in earnest. By 1970 Bixby had 3,973 residents, and the town was home to workers who commuted to Tulsa. The census reported 7,135 in 1980 and 9,414 in 1990. In 2000 13,336 persons lived in Bixby, by that time a bedroom community within the Tulsa metropolitan area. Twenty-five percent of employed persons worked in management or the professions in 2000. In 2010 Bixby claimed 20,884 inhabitants. Originally 160 acres at its 1906 incorporation, over the century the town annexed land, bringing its area to more than twenty-five square miles abutting Tulsa, Glenpool, Jenks, and Broken Arrow. The local economy has remained tied to agriculture, with crops of corn, sweet potatoes, pecans, soybeans and grain, as well as livestock raising and sod farming. However, light manufacturing has contributed, with Kimberly Clark paper products being the largest employer. Enrolling 3,844 students in 2004, Bixby Public Schools was also a major employer. City government, under a home rule charter that allows for a mayor and council, has maintained three city parks and two golf courses. Southwest Hospital has provided medical care since 1999. The city is accessed by U.S. Highway 64, and State Highway 67 connects the community with north-south U.S. 75. The Bixby BBQ and Blues Festival has succeeded as an annual May event, and the Green Corn Festival, which observed its thirtieth anniversary in June 2005, has continued to provide recreation and entertainment for the south Tulsa County area.

The following (as per The Chicago Manual of Style, 17th edition) is the preferred citation for articles:
Dianna Everett, “Bixby,” The Encyclopedia of Oklahoma History and Culture, https://www.okhistory.org/publications/enc/entry.php?entry=BI014.