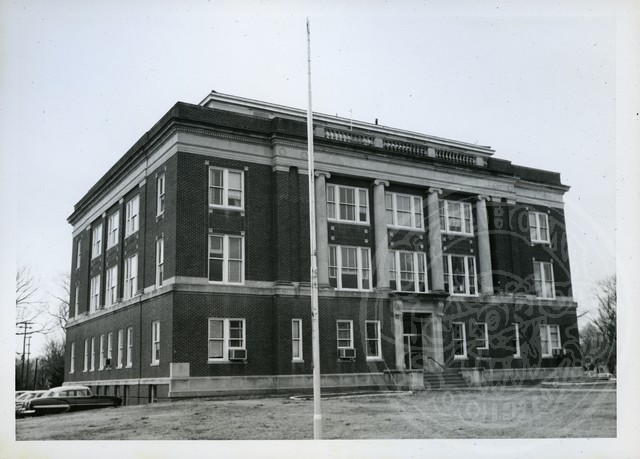 Craig County lies in the northeastern corner of the state. Bordering counties include Ottawa and Delaware counties on the east, Nowata County on the west, Mayes and Rogers counties on the south, and Labette County, Kansas, on the north. The county lies in the Osage Plains, accounting for the large area of fertile, rolling prairies. The Neosho Lowlands, a subdivision of the Osage Plains, extends into the county's eastern and southern portions, creating a rougher environment. The tributaries of the Neosho River drain the county, with Big Cabin Creek the main artery in southern Craig County. By 1981 only seventeen archaeological sites had been discovered. Many of these, such as the Praytor Site and the Heath Site, are of the Woodland (A.D. 1 to 1000) period. By A.D. 1200 most of the Caddoan culture had relocated to the southern courses of the Neosho, Illinois, and Arkansas rivers.

This region was hunting grounds for the Osage and other Plains Indian tribes. Beginning in the 1830s the Cherokee arrived, with many reaching the territory in 1838–39 following the Trail of Tears when they were forced to leave their southeastern United States homes. The area became part of the Delaware and Cooweescoowee districts of the Cherokee Nation, Indian Territory. From the 1830s until the Civil War present Craig County was sparsely populated. The Military Road, or Texas Road, ran through the eastern part of the county, as did the East Shawnee Cattle Trail, which went to Baxter Springs, Kansas. There were other hunting trails used by various tribes. Between 1867 and 1871 the U.S. government moved the Shawnee and Delaware into the territory from northeastern Kansas. In 1871 the Missouri, Kansas and Texas Railway built tracks through present Craig County from the north to south. Also in 1871 the Atlantic and Pacific Railroad, later the St. Louis and San Francisco Railway, constructed a line to Vinita from east to west. After 1881 this railroad continued construction in Indian Territory, reaching Tulsa in 1882.

The Oklahoma State Constitutional Convention created Craig County and named it for Granville Craig, a prominent mixed-blood Cherokee farmer who had lived in the Welch-Bluejacket area since 1873. Vinita became the county seat. There are five incorporated towns in the county: Bluejacket, Big Cabin, Ketchum, Vinita, and Welch. Other towns include White Oak (unincorporated), Centralia (ghost town), Banzet, Bowlin Springs, Hollow, Hudson, Wimer, Miles, Kinnison, Estella, Russell Creek, and Okoee. The county comprises 762.71 square miles of land and water. The area sits on the western edge of the Ozark Plateau and on the eastern edge of the Prairie Plains. The prairies include small streams, uplifted sandstone hills, and in the western part high, long mounds such as Blue Mound west of Centralia, Notch Mound northwest of Centralia, and Hayrick Mound near the Kansas border. Coal, natural gas, and limited amounts of oil have been found in some areas of the sandstone uplifts.

Craig County's economy has been varied. Mining began after the Civil War, with major operations initiating about 1900. Coal, extracted from underground mines and also by surface mining, was still produced at the beginning of the twenty-first century in western parts of the county. An oil refinery operated west of Vinita as early as 1911, shipping twelve hundred to fifteen hundred cars of oil monthly in 1917. Sinclair Oil Company bought the refinery and operated it until the mid-1920s. Ranching and farming became a major economic base before statehood. In 1907 there were approximately 387,500 acres of farmland, with corn, oats, and wheat the principal crops. In 2000 more than 418,350 acres were used for farming and ranching, with hay, soybeans, wheat, sorghum, and corn raised in quantity. Mt. Riga Farms, east of Big Cabin, was a major dairy farm in the early 1900s as well as a major producer of hunting dogs. Charles E. Griffith, Mt. Riga's owner, also bred champion pointer bird dogs. A large number of ranches remain active in the western part of the county.

In 2000, according to census statistics, there were 370 nonfarm businesses in the county. Munsingwear had a facility in Vinita, and Cinch Connectors occupied the plant in 2003. Eastern State Hospital was a major employer. The Department of Corrections operated the Northeast Oklahoma Correctional Center in Vinita. Dana Corporation, General Mills, House of Hope, Hope Industries, and Coca-Cola Bottling Company provided employment. Three industries stemmed from the 1940 completion of the Pensacola Dam and its electric generation facilities, the Grand River Dam Authority, Northeast Oklahoma Electric Cooperative Association, and the Kansas, Arkansas, Missouri, and Oklahoma Electric Company (KAMO).

U.S. Highways 59, 60, and 69 pass through Craig County, as does Historic U.S. Highway 66. U.S. Highway 60 goes west through White Oak to Nowata, and U.S. 69 turns south through Big Cabin into Mayes County and on into Texas. Interstate Highway 44, the Will Rogers Turnpike, runs northeast to southwest across the county to Tulsa. The old Jefferson Highway ran from north to south through the county. Part of the Ozark Trail highway system from St. Louis, Missouri, to Las Vegas, New Mexico, ran east to west across the county, passing through Bluejacket, Pyramid Corners, and Centralia. At Pyramid Corners a mileage marker listed distances to cities all over the nation. One of twelve built by the Ozark Trails Association, the marker was removed in the early 1930s.

Several notable educational institutions have served residents. Pheasant Hill, one of the earliest mission schools, was established in 1868 by Amory Nelson Chamberlain in the western part of the county. Two others, Worcester Academy, an early-day school, and Willie Halsell College, no longer exist.

The following (as per The Chicago Manual of Style, 17th edition) is the preferred citation for articles:
Craig County Genealogical Society, “Craig County,” The Encyclopedia of Oklahoma History and Culture, https://www.okhistory.org/publications/enc/entry.php?entry=CR001.