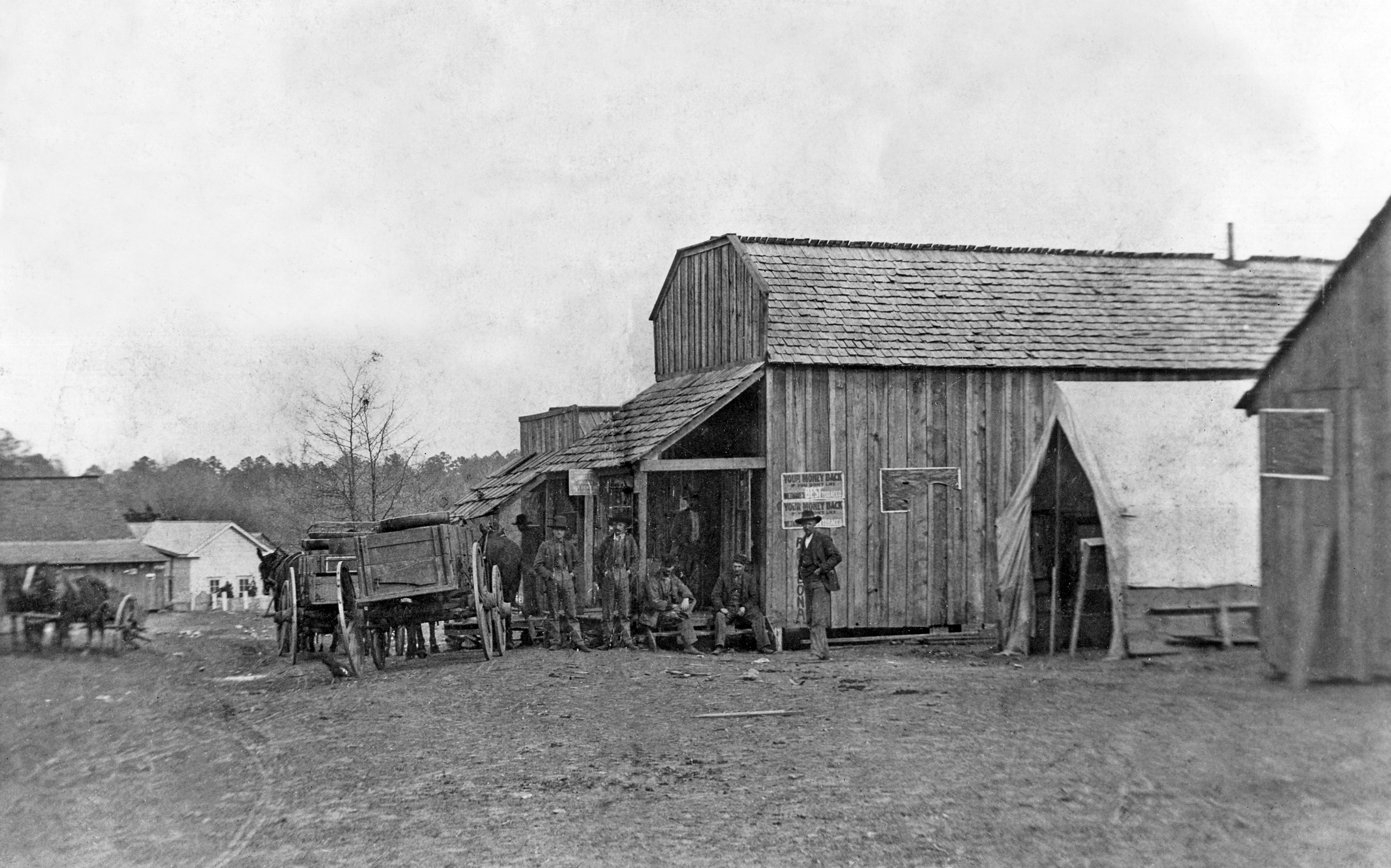 The principal antebellum town of the Choctaw Nation, Indian Territory, Doaksville was located immediately north and west of the present Choctaw County community of Fort Towson. Named for Josiah Doak, Doaksville was founded between 1824 and 1831. Doak co-owned the Mississippi trading post, or stand, where a Choctaw removal treaty was negotiated in 1820. He and his brother preceded the Choctaw to Indian Territory and erected a store above the mouth of the Kiamichi River. They relocated north along Gates Creek when Fort Towson was established in 1824, or after the army reoccupied the site in 1831. The area, a part of Miller County, Arkansas, until 1825, was occupied by settlers, many of whom joined the Doak brothers near the fort. Immigrating Choctaws inhabited the settlement after 1830.

Served by steamboats plying the Red River, Doaksville prospered. Several general stores, a gristmill, blacksmith, and hotel operated there before 1840, and two newspapers, the Choctaw Telegraph and the Choctaw Intelligencer, were soon published. Doaksville served as the capital of the Choctaw Nation intermittently after 1850 and regularly from 1858 to 1863. A convention held there in 1860 resulted in the ratification of the Doaksville Constitution, the document that guided tribal government until 1906.

Doaksville, where Confederate Gen. Stand Watie surrendered in 1865, declined after the Civil War. The Choctaw capital was moved to Chahta Tamaha in 1863, and a postwar labor shortage hurt local agriculture. Businesses closed, but the Doaksville post office functioned until 1903. Except for the cemetery, nothing remains of the townsite, which is listed in the National Register of Historic Places (NR 75001561).

The following (as per The Chicago Manual of Style, 17th edition) is the preferred citation for articles:
Jon D. May, “Doaksville,” The Encyclopedia of Oklahoma History and Culture, https://www.okhistory.org/publications/enc/entry.php?entry=DO002.