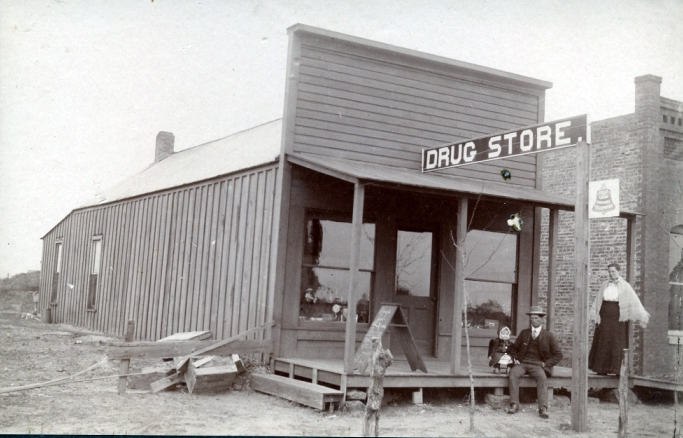 Fletcher is located in the upper northeastern corner of Comanche County on U.S. Highway 277 and just north of Interstate 44. The town is eighteen miles northeast of Lawton. Founded in 1902, the community was named for Fletcher Dodge, who gave half of his 160-acre homestead for the new townsite. Development was spurred by the crossing of Dodge's homestead by the Oklahoma City and Western Railroad (later the St. Louis and San Francisco Railway). Although the rail line crossed through Fletcher, it took until 1904 for a depot to be built, and even then it was paid for by the townspeople.

Throughout its history Fletcher has largely been an agricultural community. By 1936 it had three cotton gins, an elevator, two chicken hatcheries, three cream and poultry stations, and a large sweet potato house. Sporadically through the years, oil and gas have also aided the local economy. In the 1930s there was a shallow oil field three miles south of town, and a large natural gas field thirteen miles to the east supplied gas to Fletcher and Lawton. In the 1970s the Fletcher Trend gas field again spurred activity in the area, but it did not develop into a major field. Subsequently, the town has attracted many seeking a small-town-living environment while working in the Lawton-Fort Sill area.

The following (as per The Chicago Manual of Style, 17th edition) is the preferred citation for articles:
Cynthia Savage, “Fletcher,” The Encyclopedia of Oklahoma History and Culture, https://www.okhistory.org/publications/enc/entry.php?entry=FL001.