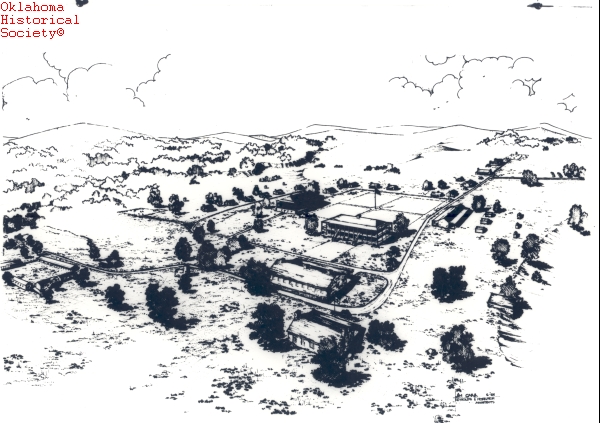 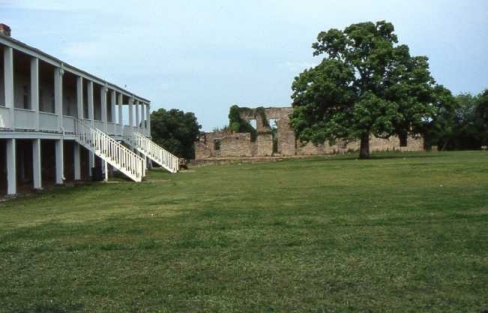 Located in present Bryan County, Oklahoma, Fort Washita was established in 1842. Positioned one and one-half miles east of the Washita River, and about eighteen miles north of the Red River, the site of Fort Washita was approved by Gen. Zachary Taylor, commander of the Second Military Department. Construction of the post was performed by men of the Second Dragoons under the command of Capt. George A. H. Blake. The fort served to protect the Chickasaw from aggressive Plains Indian tribes and unscrupulous whites, and it also stood guard over the Texas frontier. During the 1850s the fort was a bustling stop for travelers destined for the California gold fields.

A nearly continuous construction of permanent buildings at Fort Washita began in 1843. Within fifteen years a hospital, surgeon's quarters, and barracks had been constructed of stone. Other additions included such amenities as a bowling alley, a bar, a library, and a newspaper. Various companies of dragoons, infantry, and artillery garrisoned the facility from its founding until it closed in 1858. Comanche activity in that year caused the post to be reoccupied in December. During the Civil War Fort Washita was abandoned by Federal troops under Lt. Col. William H. Emory in May 1861. Confederate soldiers quickly seized it and used it for a variety of functions. In August 1865 the buildings were burned.

In 1870 Fort Washita was transferred to the U.S. Department of the Interior. Kept by the Chickasaw Nation, the grounds were allotted to tribe members in the early 1900s. In 1962 the State of Oklahoma purchased the land and transferred it to the Oklahoma Historical Society, and restoration of the site began. Fort Washita was listed in the National Register of Historic Places in 1966 (NR 66000626). Fort Washita Historic Site and Museum, situated fifteen miles east of Madill on State Highway 1999, is owned by the Chickasaw Nation and is open to the public.

The following (as per The Chicago Manual of Style, 17th edition) is the preferred citation for articles:
Jon D. May, “Fort Washita,” The Encyclopedia of Oklahoma History and Culture, https://www.okhistory.org/publications/enc/entry.php?entry=FO046.