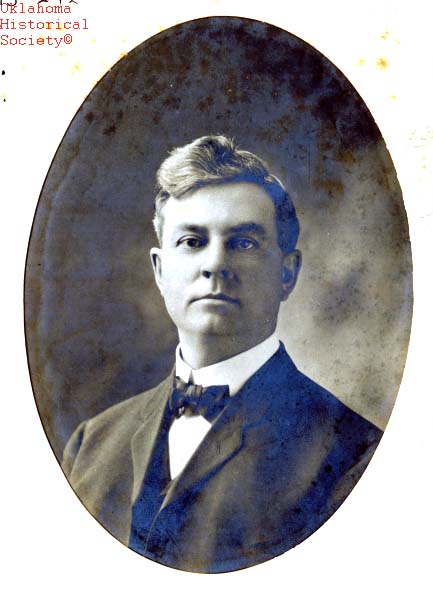 The first U.S. representative from Oklahoma's Second District, Elmer Fulton was born in Magnolia, Iowa, on April 22, 1865, to Jacob and Eliza Ann McAllester Fulton. His brother Charles William Fulton became a U.S. senator from Oregon. In 1870 the family moved to Pawnee City, Nebraska. Fulton attended public schools in Pawnee City and Tabor College in Iowa. After studying law, he commenced practice in Pawnee City in 1895. As a young adult he performed in grand and light opera in New York. In 1900 he moved to Stillwater, Oklahoma, and continued practicing law. He married Mabel Rinehart on March 7, 1906.

Fulton, a Democrat, won election to the U.S. House of Representatives on September 17, 1907, narrowly beating Republican and former territorial Gov. Thompson B. Ferguson. He served from November 16, 1907, through March 3, 1909. In 1908 Republican Dick T. Morgan defeated Fulton in a narrow election. The latter then practiced law in Oklahoma City. Fulton tried to regain his seat in 1910 but again lost to Morgan. He unsuccessfully contested the election, claiming Morgan had won by counting votes from African Americans, who were ineligible because of the "grandfather clause."

Fulton served as Oklahoma's assistant attorney general from 1919 to 1922, after which he resumed his law practice. In 1922 and 1934 he failed to become a Democratic Oklahoma Supreme Court justice. Fulton died in Oklahoma City on October 4, 1939. He was interred in Valhalla Cemetery at St. Louis, Missouri.

The following (as per The Chicago Manual of Style, 17th edition) is the preferred citation for articles:
Todd J. Kosmerick, “Fulton, Elmer Lincoln,” The Encyclopedia of Oklahoma History and Culture, https://www.okhistory.org/publications/enc/entry.php?entry=FU002.