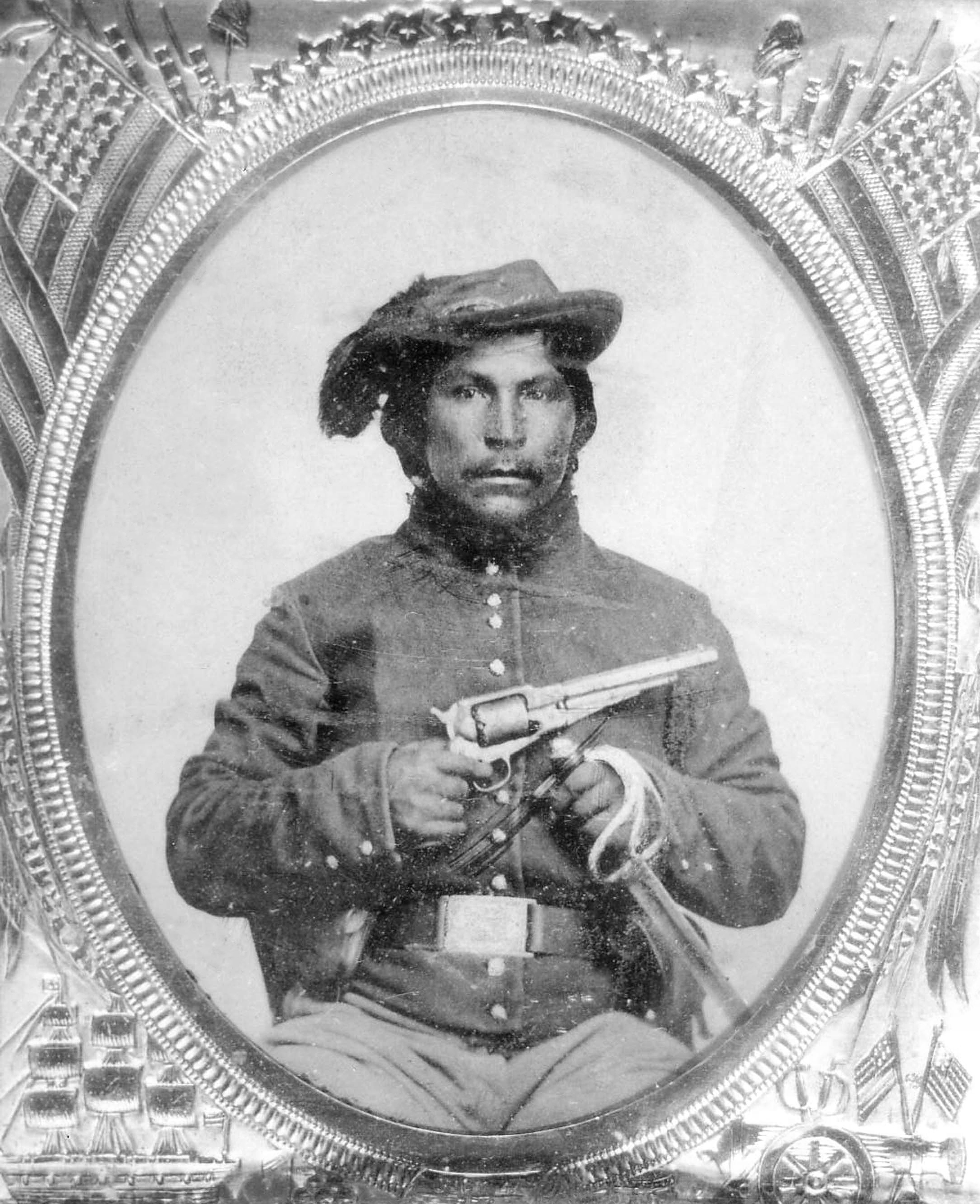 During the early part of the Civil War in Indian Territory, the Union Indian Home Guard Regiments were formed. Its members were primarily refugees of the Cherokee, Creek, and Seminole nations. The First Regiment was organized at LeRoy, Kansas, on May 22, 1862, under Col. Robert W. Furnas. It comprised sixty-six officers and eighteen hundred enlisted men and was composed mainly of Creek Indians, along with some Seminoles and blacks.

The Second Regiment, under Col. John Ritchie, included fifty-two officers and 1,437 enlisted personnel. It was formed in southern Kansas and the Cherokee Nation some time between late June and early July 1862. The Third Regiment, under Col. William A. Phillips, was formed at Tahlequah and Park Hill in July 1862. Its ranks were filled with Cherokee Pins, including some former disaffected Confederate soldiers of Col. John Drew's First Cherokee Mounted Rifles. These regiments remained to defend the Cherokee Nation after the Union Indian Expedition retreated from the area in late 1862. Thereafter, the Indian units were generally attached to the District of the Frontier, although jurisdictional lines fluctuated.

The regiments served primarily in Indian Territory but also ventured into Kansas, Missouri, and Arkansas. Gen. James G. Blunt restricted scarce mounts to their scouts, but Colonel Phillips later tried to remount the entire Third Regiment at government expense. Gen. Ulysses S. Grant approved, but the transition never fully occurred, which inhibited efforts in 1864 to respond against Confederate cavalry raids. By then all three regiments served in the Fourth Brigade under Col. Stephen Wattles.

Between 1862 and 1865 the regiments variously participated in the actions at Prairie Grove, Arkansas, and Honey Springs as well as dozens of engagements, skirmishes, and raids. The units were mustered out on May 31, 1865. Organization of a fourth and a fifth regiment was commenced but never completed, and their soldiers transferred to other units.

The following (as per The Chicago Manual of Style, 17th edition) is the preferred citation for articles:
Tom Franzmann, “Indian Home Guard,” The Encyclopedia of Oklahoma History and Culture, https://www.okhistory.org/publications/enc/entry.php?entry=IN010.