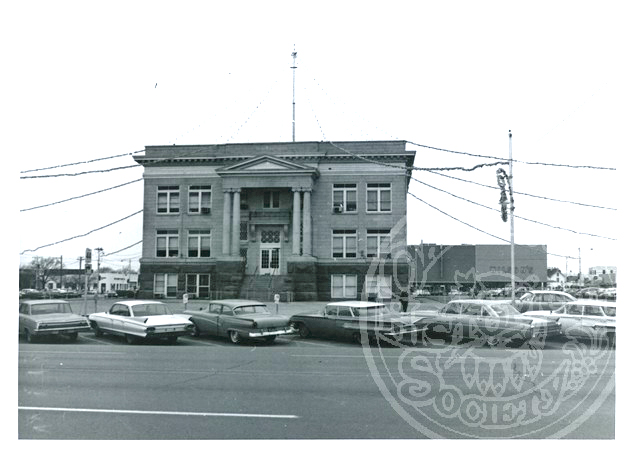 Located in southwestern Oklahoma, Jackson County is bounded by Greer County on the north, Kiowa and Tillman counties on the east, Harmon County on the west, and the Red River and Texas on the south. Altus is the county seat. Named for two notable southerners, Pres. Andrew Jackson and Confederate Gen. Thomas J. "Stonewall" Jackson, the county has 804.15 square miles of land and water. Jackson County is drained by the Red River and its tributaries, the North Fork and the Salt Fork of the Red River, and Turkey and Gypsum creeks. Most of the county lies within the Red Bed Plains physiographic region. Approximately the western third of the county is situated in the Gypsum Hills region, and the northeastern corner is in the Wichita Mountains region.

Scientists have studied the area's prehistory and have identified fifty-nine archaeological sites in Jackson County. Thirty-eight have been authenticated as to time period. Four reflect the Paleo-Indian period, fourteen the Archaic, two the Woodland, and eighteen the Plains Village. In 1933 Dr. J. (Jess) Willis Stovall of the University of Oklahoma discovered Columbian mammoth bones northwest of Eldorado. In 1974 excavations that took place at the Perry Ranch Site indicated at least two bison had been killed there approximately 9,600 years ago. Spear points found at the site were made of Alibates flint, which may have come from a quarry in the Texas Panhandle. The Winters Site provided spear points and other tools that indicated occupation by Paleo-Indian and later Archaic hunters and gatherers.

The Spaniards were the first Europeans to pass through the area. In the 1600s and 1700s they traversed a trade route from Santa Fe (New Mexico) to the Red River. Known as the Great Spanish Road, the pathway paralleled the North Fork of the Red River. Two hundred years later, in 1852 Capt. Randolph B. Marcy explored southwestern part of present Oklahoma in search of the headwaters of the Red River. In the mid- to late-1800s the area provided a migration corridor for Plains Indian tribes such as the Apache, Comanche, Kiowa, Cheyenne, and Arapaho. After the Civil War (1861–65) cattle drives from Texas to Kansas crossed through western Indian Territory, following the Chisholm and Western trails. The Western Trail forded the Red River at Doan's Crossing and passed halfway between Altus and Headrick. In 1881 L. Z. Eddleman established the Cross S Ranch near present Olustee and built a two-story, stone ranch house in 1891. He raised longhorn and shorthorn cattle and supposedly introduced barbed wire in the region. Other ranches included the Herring Ranch, located east of Altus near Navajoe and owned by Texan Cornelius T. Herring, and the H Cross N Ranch, south of Altus.

Organized at 1907 statehood, Jackson County was formed from part of Old Greer County. Altus was designated as the county seat at that time. However, on July 18, 1908, Olustee vied in an unsuccessful bid to host the government offices. The architectural firm of C. E. Hair and Company designed the courthouse. Completed in 1910, the Jackson County Courthouse is listed in the National Register of Historic Places (NR 84003064).

In addition to agriculture, the economy has been spurred by employment at Altus Air Force Base (AFB) and by a few industrial plants. As the county's largest employer Altus AFB provided 3,500 military and 550 civilian jobs by the year 2000. Other businesses included the Altus Athletic Manufacturing and the Luscombe Aircraft Manufacturing plants, the Bar-S Foods Company, and the Republic Gypsum plant. At the turn of the twenty-first century Jackson County reported sixteen manufacturers.

From the time of earliest settlement education and religion were important aspects of life. At first children received an education in dugouts and one-room schools. Before public schools were established, subscription schools provided tutelage. During the Junior College Movement the Altus Junior College opened in 1923 and became Western Oklahoma State College in 1974. The Southwest Technology Center in Altus also offers higher education. Early churches included the Baptist, Methodist, and Christian.

Waterways and Indian trails formed the earliest travel routes. In the 1870s Texas cattlemen drove their herds to Kansas markets by following the Western Trail, which passed through Jackson County. The St. Louis and San Francisco Railway built the first line through the county, reaching Eldorado in 1903 and Olustee in 1905. In 1908 the Kansas City, Mexico and Orient Railway (later the Atchison, Topeka and Santa Fe Railway) connected Altus, Blair, and Elmer to outside markets. In 1910 the Altus, Wichita Falls and Hollis Railway (later the Missouri, Kansas and Texas Railway) built a line from Altus, through Duke to the Oklahoma-Texas border. U.S. Highway 283 crosses the county in a north-south direction and passes through Altus and Blair. U.S. Highway 62 cuts across the county from east to west passing through Altus and Duke and near Headrick. State Highways 5, 6, 19, and 34 also serve motorists. Municipal airports are located at Altus and Olustee.

Representative of former viable towns are Navajoe and Yeldell. Both met their demise when the railroad bypassed them. Navajoe was located in eastern Jackson County and had a post office between 1887 and 1905. Joseph S. "Buckskin Joe" Works promoted the town's development by publishing The Emigrant Guide. In southern Jackson County, the Yeldell brothers established Yeldell in 1888. A trading post situated there served travelers along the Western Trail and the Camp Supply Road. Yeldell's post office existed between 1892 and 1904. In 2010 the incorporated towns included Altus, Blair, Duke, Eldorado, Elmer, Friendship, Headrick, Martha, and Olustee.

In addition to the courthouse, the Fullerton Dam, northwest of Olustee, was listed in the National Register of Historic Places (NR 76001562). The Museum of the Western Prairie in Altus offered exhibits portraying local and regional history. Citizens dedicated the Jackson County War Memorial in Altus on November 11, 1989. Lake Altus-Lugert and Quartz Mountain State Park, located seventeen miles north of Altus in Greer and Kiowa counties, offered outdoor recreation, as did Great Plains State Park and Tom Steed Lake, in adjacent Kiowa County.

The following (as per The Chicago Manual of Style, 17th edition) is the preferred citation for articles:
Linda D. Wilson, “Jackson County,” The Encyclopedia of Oklahoma History and Culture, https://www.okhistory.org/publications/enc/entry.php?entry=JA001.