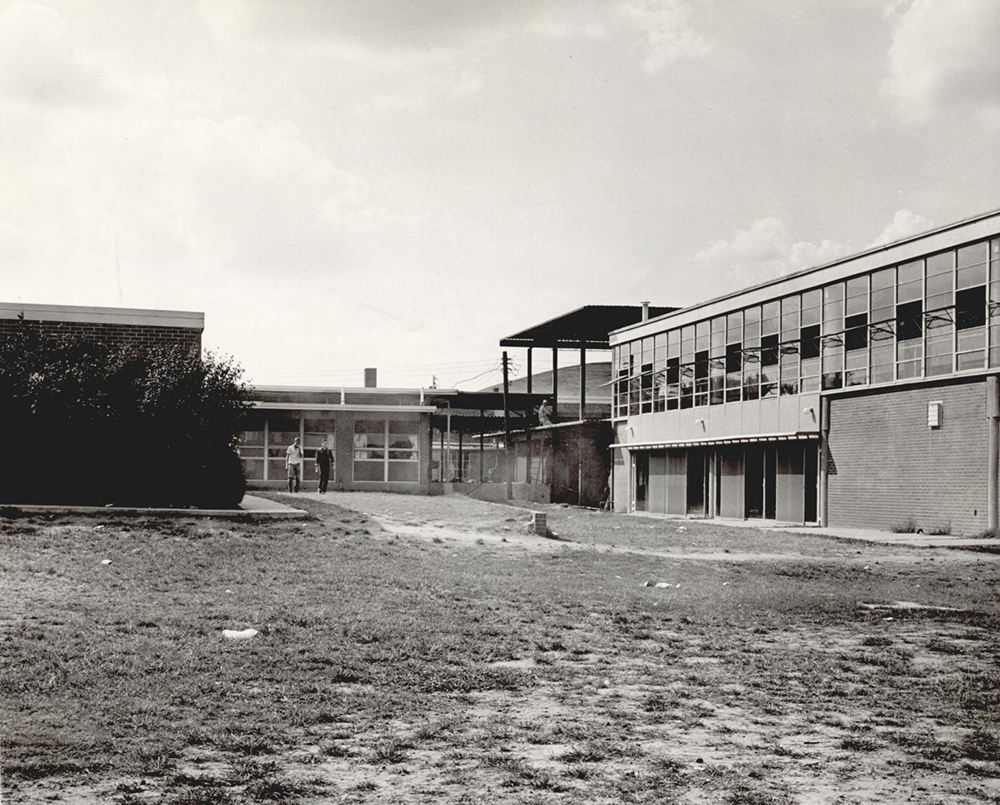 Originally known as Glaze, Jones is a suburban community in eastern Oklahoma County. Luther F. Aldrich platted the townsite on April 22, 1898, before the St. Louis and Oklahoma City Railroad (after 1899 the St. Louis and San Francisco Railway, or Frisco) constructed a line from Sapulpa to Oklahoma City. Aldrich, a friend and business associate of Oklahoma City's three-time mayor Charles G. "Gristmill" Jones, named the town after him, and Jones later named his eldest son Luther, indicating his esteem for Aldrich. Located in Springer Township, Jones is situated just south of the place that Washington Irving described as "The Ringing of Horses" (site listed in the National Register of Historic Places, NR 71001081) in his book A Tour on the Prairies (1835). In early years the economic base was agriculture. The Charles G. Jones Farmstead is also listed in the National Register of Historic Places (NR 01000658). Covering 13.662 square miles, present Jones is surrounded on three sides by Oklahoma City and by the town of Harrah to the east-southeast and the town of Choctaw to the south-southeast. The North Canadian River meanders through the extreme northeastern corner of Jones. No major highways pass through the town, which lies on Northeast Ninety-third Street/East Britton Road, approximately four miles south of Interstate 44.

Jones was strategically located to take maximum advantage of the railroad for shipping, for commuting to work, and for traveling to Tulsa or Oklahoma City for shopping and entertainment. Successful promotion attracted new residents to the area, and circa 1902 Edwin G. Bedford platted an addition to the town. Jones incorporated on January 4, 1909. In 1910 the U.S. Census counted 163 inhabitants. The town had two banks and two mercantile enterprises, a barbershop, a billiard parlor, a blacksmith, a cotton gin, a drug store, a hardware store, a lumberyard, a livery, a meat shop, and the Canadian Valley News newspaper. Amenities included a physician and a railroad express agent, as well as Christian, Methodist, and Presbyterian churches, a public grade school for whites, and a telephone connection. A decade later 214 people lived there. One bank and McMullen Mercantile Company remained, Davidson and Case still operated a lumberyard, and A. W. Deal continued as a blacksmith. There were two new hardware stores and a new gristmill. Chester A. Keyes edited the weekly Oklahoma County News, W. F. & Company provided telephone and Western Union service, N. Proctor had left the billiard parlor to run the meat shop, and Otto M. Linthcum joined Ira Wood as a second physician. All three churches remained. In 1916 State Center School opened at the intersection of Wilshire and Indian Meridian, the geographic center of the state. A separate school, opened about 1911 at 108th Street (now Hefner Road) and Indian Meridian, served the area's African American students. By 1930 Jones's population stood at 288 and by 1940 at 260.

In the early 1940s, during World War II, Midwest City Douglas Aircraft Company Plant (later Tinker Air Force Base) opened twenty miles south of Jones and became a prime employment center. After the war ended, trains no longer stopped at Jones. Commuters traveled by automobile to the air depot or Oklahoma City, finding it convenient to shop there before returning home from work. Still, various implement and seed dealers, two dairies, and a cotton gin operated in the 1940s and 1950s. State Center School closed in 1947. A new post office building opened in 1964. The Robert Muller Community Center is named for the town's first serviceman killed in action during World War II.

The town has grown steadily during the second half of the twentieth century from 794 residents in 1960 to 2,270 in 1980, 2,517 in 2000, and 2,692 in 2010. The relatively sudden increase in population indicated that the town had become a "bedroom" community. By 2000 approximately half of the employed residents commuted at least thirty minutes to jobs in larger towns. Jones has a mayor-council form of government, and its public schools enrolled 1,048 in grades kindergarten through twelve in 2000. The major news-making events in Jones at the end of the twentieth century were a fire at Madewell Battery Shop in August 1996 and the discovery and destruction of a whiskey still in December 2000.

The following (as per The Chicago Manual of Style, 17th edition) is the preferred citation for articles:
Thomas L. Hedglen, “Jones,” The Encyclopedia of Oklahoma History and Culture, https://www.okhistory.org/publications/enc/entry.php?entry=JO016.