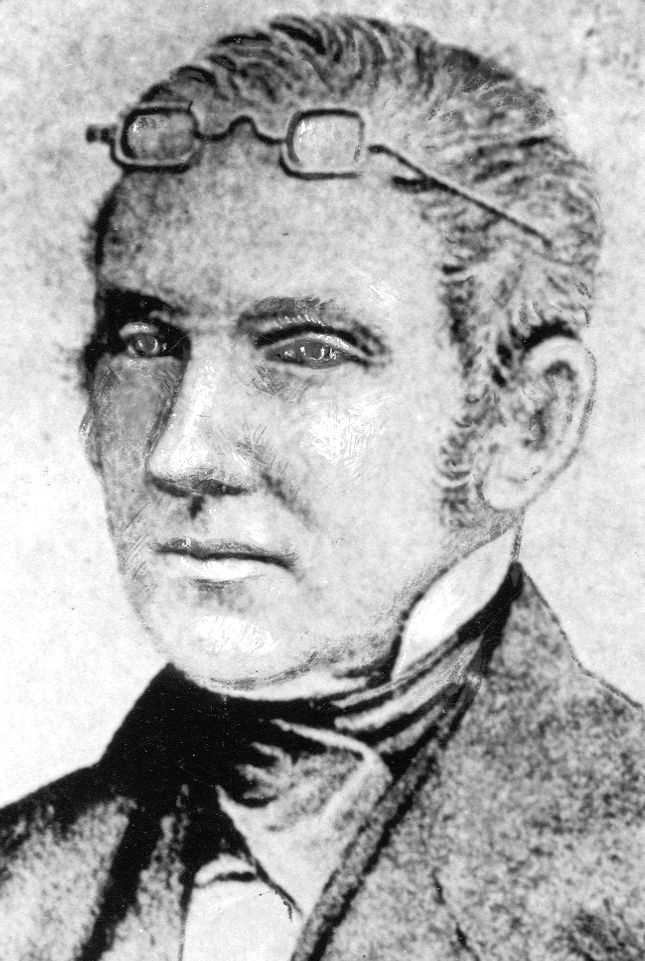 Born in Wales on May 14, 1788, Evan Jones arrived in the United States in 1821 and spent fifty years as a Baptist missionary to the Cherokee. He lived among them, engaged in political activity in their behalf, and ministered to them through teaching, preaching, Bible translation, and newspaper publication. Evan and his son John, who later joined in the work, converted more American Indians to Christianity than any other Protestant missionaries in America.

Upon his arrival in the United States, the elder Jones left behind his draper's trade and his Methodism and became a Baptist missionary for the Baptist Foreign Mission Board, which sent him with his family to work among the Cherokee. He never explained his decision to become a missionary. Jones and his family initially settled at Valley Towns, North Carolina, but eventually he worked with the tribe in Georgia and the Indian Territory. In order to evangelize and educate them, he spent much time in itinerant preaching, learning Cherokee, and teaching them to read and write their own language. Using the alphabet invented by Sequoyah, he eventually translated the Bible into Cherokee.

Jones favored rapid acculturation for Cherokees, but he staunchly opposed Andrew Jackson's policy that forcibly removed the Indian people from their homeland in the southeastern United States beginning in 1838. Jones faced eviction from his mission station on two occasions because he was politically active in behalf of the tribe against the unjust policies of the United States government. He marched with the Cherokee Nation on their Trail of Tears and assisted them in settling in what is now northeastern Oklahoma. There his mission work included publishing the Cherokee Messenger, a religious and social newspaper written in Cherokee and English that covered issues of interest to Cherokees. The first edition appeared in August 1844, and for the next few years the newspaper appeared every two months. Some historians believe this to be Oklahoma's first newspaper.

Although Jones can rightly be considered a missionary hero, he faced many hardships along the way. He lost his wife, Elizabeth, and four of his children. Some accused him of adultery after his remarriage to a younger woman, Pauline Cunningham. He endured trial by a civil court and by a church council after being indicted for the murder of his sister-in-law, Cynthia Cunningham, and her infant child. Although he was acquitted in both trials, this episode haunted him the remainder of his life. Jones retired from all mission work in 1870. He died in Tahlequah, Oklahoma, on August 18, 1872, at the age of eighty-four. He is buried there at the Tahlequah City Cemetery.

The following (as per The Chicago Manual of Style, 17th edition) is the preferred citation for articles:
Jerry L. Faught II, “Jones, Evan,” The Encyclopedia of Oklahoma History and Culture, https://www.okhistory.org/publications/enc/entry.php?entry=JO019.