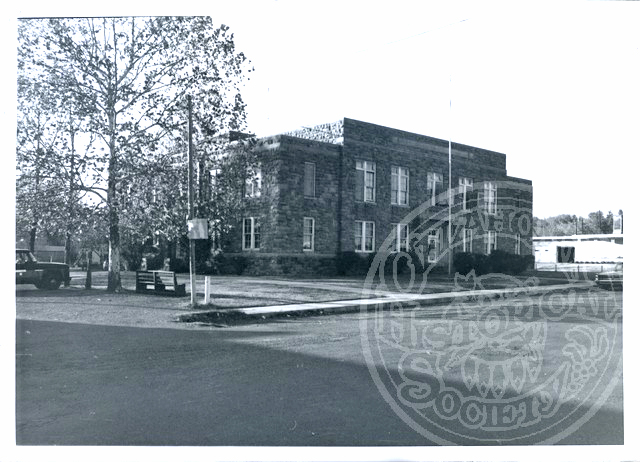 Located in southeastern Oklahoma, Latimer County encompasses 729.12 square miles of total land and water area. Bordering counties are Le Flore on the east, Haskell on the north, Pittsburg on the west, and Pushmataha on the south. With a 1907 population of 9,340, the county was created at Oklahoma statehood and named for James L. Latimer, the Wilburton-area representative in the 1906 Constitutional Convention. Wilburton serves as county seat, and Red Oak is the only other incorporated town.

The countryside is hilly and forested, with the Sans Bois Mountains spanning the northern edge of the county and the western ridges of the Winding Stair Mountains extending into the southern region. Rich coal deposits have been an important economic resource. Fourche Maline, Brazil, and Sans Bois creeks drain the northern part of the county into the Poteau River; Buffalo and Gaines creeks drain the southern part into the Kiamichi River. In neighboring Pushmataha County, Jackfork Creek is dammed to create Sardis Lake, some of which extends into southwestern Latimer County.

Archaeologists have identified 124 prehistoric sites in Latimer County, three of which are of the Paleo-Indian era. Fifty-three are of the Archaic period, 6000 B.C. to A.D. 1. The McCutchan-McLaughlin Site (A.D. 400 to 800), or Alford Mound, near Red Oak has been listed in the National Register of Historic Places (NR 72001071). Much of the prehistoric occupation of the area took place along Fourche Maline Creek from 300 B.C. to around A.D. 800.

From 1831 the region lay within the Choctaw Nation. The Choctaw used the area primarily for pastureland. Important Choctaw places included the county seat at Gaines Courthouse, in the vicinity of present Panola, and Red Oak, site of a council house. A Choctaw gristmill was located at Buffalo Valley. Approximately one-fourth of present Latimer County was allotted to Choctaw individuals, and the county now incorporates parts of Gaines and other counties of the former Choctaw Nation.

As in most other Oklahoma counties, transportation routes provided access to outside markets. The opening of coal mines in the 1870s stimulated railroad development in the Indian nations. In 1889–90 the Choctaw Coal and Railway (later Choctaw, Oklahoma and Gulf Railroad and later a part of the Chicago, Rock Island and Pacific line) built 67.4 miles of track across present Latimer County from Wister to McAlester. The Missouri, Kansas and Texas Railway completed a branch line from North McAlester to Wilburton in 1904. In the later twentieth century state and federal road systems served the residents, with State Highways 2 and 82 extending north-south and State Highway 1/63 and US 270 running east-west.

Latimer County, like Oklahoma's other coal-producing counties, suffered the decline and collapse of the industry in the 1920s due to labor disputes, the rise of petroleum as a fuel, and the onset of the Great Depression in 1929. By 1932 only one mine operated in the county, and the mining towns' populations had fallen by an average of almost 50 percent. The county's population was recorded at 11,321 in 1910, peaked at 13,866 in 1920, and fell to 11,184 in 1930. At one point during the Great Depression of the 1930s, 93.5 percent of Latimer County's people were on relief. Federal programs helped them through hard times by providing construction projects such as the Civil Works Administration (CWA)–built Wilburton Municipal Airport, Works Progress Administration (WPA)–built schools at Panola and other communities, and road-paving projects. The Civilian Conservation Corps (CCC) developed a park project at the state game preserve, now part of Robbers Cave State Park.

An unusual depression-era venture found a home in Latimer County in 1933 when Spanish-American War veterans established Veterans' Colony. This facility allowed former soldiers to build cabins, live there year-round, grow their own food, and socialize. In later years membership was opened to veterans of all wars. Veterans' Colony still operated at the beginning of the twenty-first century.

Limited agriculture had always been practiced in Latimer County, with locally grown vegetables and other products sold to residents of the mining towns. Cotton and corn were also commercial crops, and cattle raising remained important. However, even by 1930, less than half the county's area was under cultivation, and farm tenancy was a problem. In 1930, of 1,386 farms, 869 were operated by tenants. After the coal industry played out, the economy slowly recovered, relying on cattle raising, with lumbering, coal mining (although limited), and oil and gas production supplementing local income. The census recorded 12,380 residents in 1940, 9,690 in 1950, and 7,738 in 1960.

Latimer County has been home to various medical, educational, and recreational facilities serving eastern Oklahoma. In 1920–21 the legislature created Eastern State Sanatorium, a treatment facility for tuberculosis patients; now operated as an Oklahoma Veterans Center, it is located two miles northwest of Talihina. Nearby, the Choctaw-Chickasaw Sanatorium for Indian tuberculosis patients was opened in 1917. Wilburton became the site of Latimer County's hospital in 1960. In 1909 state government created the Oklahoma School of Mines and Metallurgy at Wilburton, placed centrally within the southeastern Oklahoma mining district. In 2000, as Eastern Oklahoma State College, the school was a two-year, liberal-arts institution. Recreation opportunities in Latimer County include Robbers Cave State Park, north of Wilburton, where camping and cabins are available. Lake Carlton, five miles north of Wilburton, offers fishing and swimming. The Lutie Coal Miners Museum, in Wilburton, commemorates the region's industrial history.

The following (as per The Chicago Manual of Style, 17th edition) is the preferred citation for articles:
Dianna Everett, “Latimer County,” The Encyclopedia of Oklahoma History and Culture, https://www.okhistory.org/publications/enc/entry.php?entry=LA025.