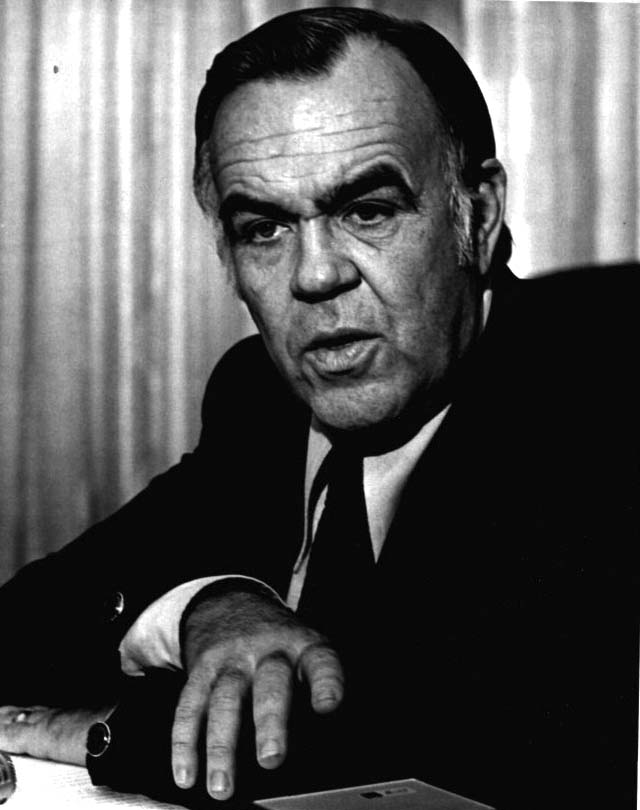 Born on November 9, 1925, on a ranch near Bushyhead in Rogers County, Oklahoma, Clem McSpadden became the sport of rodeo's unofficial number-one ambassador. McSpadden attended public school in Oologah and later the University of Redlands in California, North Texas Agricultural College, and the University of Texas before completing a degree at Oklahoma State University in 1948. Service in the U.S. Navy came during World War II.

McSpadden entered rodeo as a calf roping and bulldogging contestant but quickly shifted his interest to announcing and rodeo management. He called more of the sport's action than any other man behind a microphone. In the 1960s he became the first announcer from the United States to work the Calgary Stampede. At that venue he developed the technique of announcing on horseback. Other honors included selection to announce the Presidential Rodeo for Pres. Ronald Reagan in Washington, D.C. In 1986 the Professional Rodeo Cowboys Association named him PRCA Announcer of the Year. For twenty years he was the general manager of the National Finals Rodeo while it was held in Oklahoma City.

A Democrat, McSpadden also served eighteen years in the Oklahoma Senate (1955â73), representing Districts 33 and 2, with two terms as president pro tempore. He was elected from Oklahoma's Second District to the U.S. House of Representatives in the Ninety-third Congress, serving from January 3, 1973, to January 3, 1975. He did not achieve reelection to that post and was unsuccessful in running for nomination as the Democratic candidate for governor of Oklahoma in 1974. Clem McSpadden served as contract director for the Professional Rodeo Cowboys Association from 1963 while developing real estate and running his ranch near Chelsea. He died of cancer on July 7, 2008, in Houston, Texas.

The following (as per The Chicago Manual of Style, 17th edition) is the preferred citation for articles:
Dianna Everett, "McSpadden, Clem Rogers," The Encyclopedia of Oklahoma History and Culture, https://www.okhistory.org/publications/enc/entry.php?entry=MC040.