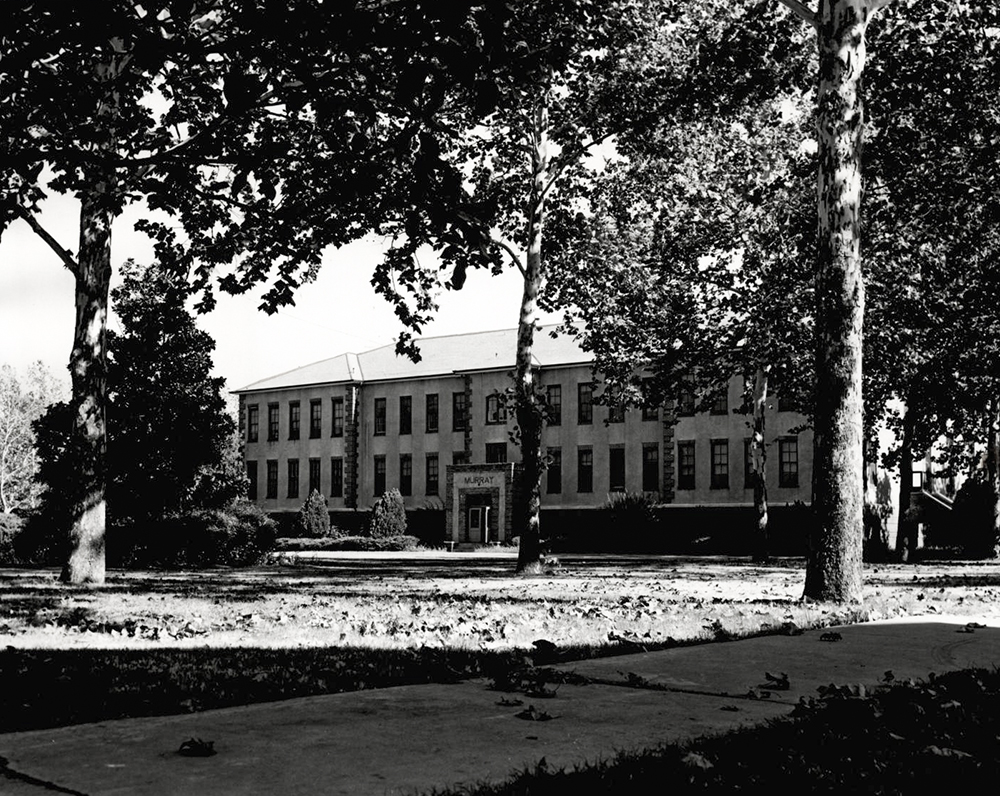 Oklahoma's First Legislature created Murray State College in 1908 as the Murray State School of Agriculture. Named for William H. "Alfalfa Bill" Murray, Oklahoma's most colorful political figure, the school embodied the "philosophy of the plow" of its namesake: agricultural training for students in rural southeastern Oklahoma. Located in Tishomingo, the historic capital of the Chickasaw Nation, Murray has a history that is intertwined with that of "Little Dixie's" American Indians. In fall 1908 the school opened its doors to one hundred students, primarily Chickasaw and Choctaw. In 1916 U.S. Rep. William H. Murray obtained federal appropriations for the construction of two new dormitories to house Indian students. This timely funding allocation probably saved the institution, as similar state schools were closed during that period. Granted college status in 1922, Murray graduated its first associate degrees in 1924.

In 1931 Clive E. Murray, nephew of "Alfalfa Bill," became Murray State's longest-serving president, a post he held until 1961. During this period enrollment increased, despite the Great Depression, although the manpower demands of World War II reduced the student body's ranks in 1944. In the postwar years the college benefited from the GI Bill, which provided educational benefits to returning veterans.

At the turn of the twenty-first century Murray State College served as a comprehensive community college, offering a full range of academic and technical programs leading to associate degrees and playing an important and meaningful role in providing educational opportunities and an enhanced quality of life for the people of southeastern Oklahoma.

The following (as per The Chicago Manual of Style, 17th edition) is the preferred citation for articles:
Kirk A. Rodden, “Murray State College,” The Encyclopedia of Oklahoma History and Culture, https://www.okhistory.org/publications/enc/entry.php?entry=MU012.