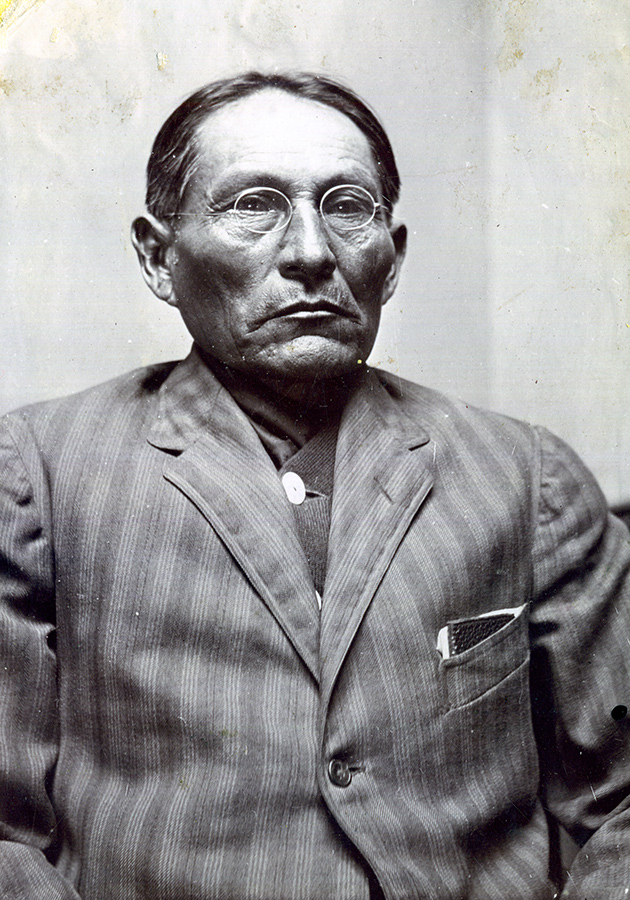 Naiche (Nachi, Nache, Natchez, meaning "mischief maker" or "meddlesome one") was the last hereditary leader of the Chiricahua Apache. As a young man, Naiche, a son of Cochise, led many Apache raids in Arizona. He became chief after his older brother, Taza, died in 1876.

During 1880, opposing relocation to the San Carlos Reservation in Arizona, Naiche entered Mexico with Geronimo's band. While living in the Sierra Madre Mountains, the Chiricahua attacked Mexican and American settlements. Although Naiche was the chief, he submitted to the leadership of his elder, Geronimo, during these forays. The U.S. Army pursued the Chiricahua until Naiche surrendered to Gen. George Crook in 1883.

The Apaches were assigned to the San Carlos Reservation. In 1885, however, Naiche and Geronimo escaped with some one hundred supporters. During September 1886 Apache scouts aiding the U.S. Army forced the Chiricahua to capitulate in northern Mexico. Soon after, Naiche and his followers were imprisoned at Fort Marion, Florida, then moved to Alabama's Mt. Vernon Barracks.

Apache requests to return to Arizona were denied. Invited by Kiowa and Comanche leaders to share their reservation, Naiche and approximately 295 other Apaches relocated at Fort Sill in October 1894. Naiche stayed in Oklahoma until 1913, and then he returned to the Southwest and lived out his life on the Mescalero Reservation near Ruidoso, New Mexico. He died at Mescalero, New Mexico, on March 16, 1919.

The following (as per The Chicago Manual of Style, 17th edition) is the preferred citation for articles:
Bruce E. Johansen, “Naiche,” The Encyclopedia of Oklahoma History and Culture, https://www.okhistory.org/publications/enc/entry.php?entry=NA003.