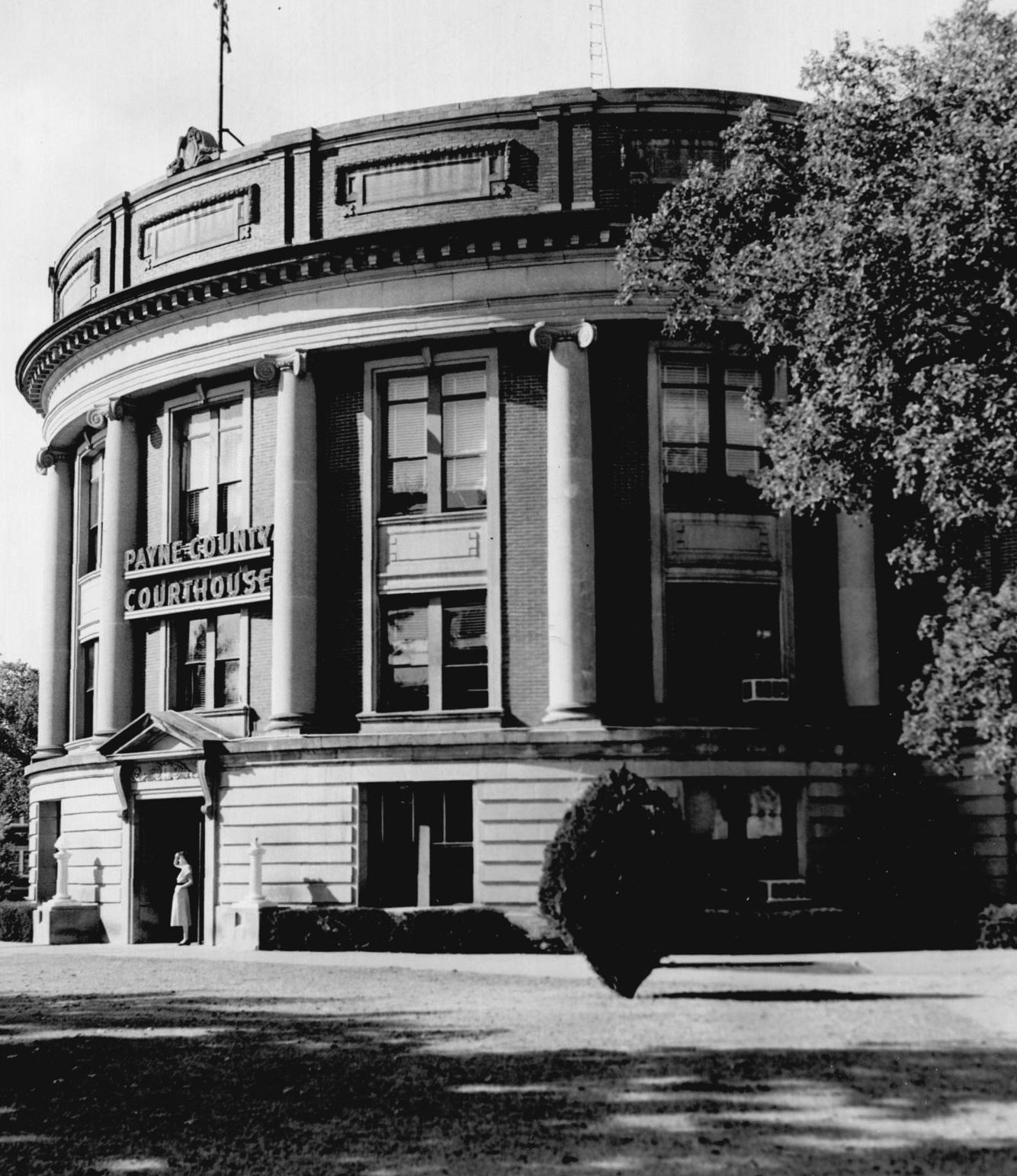 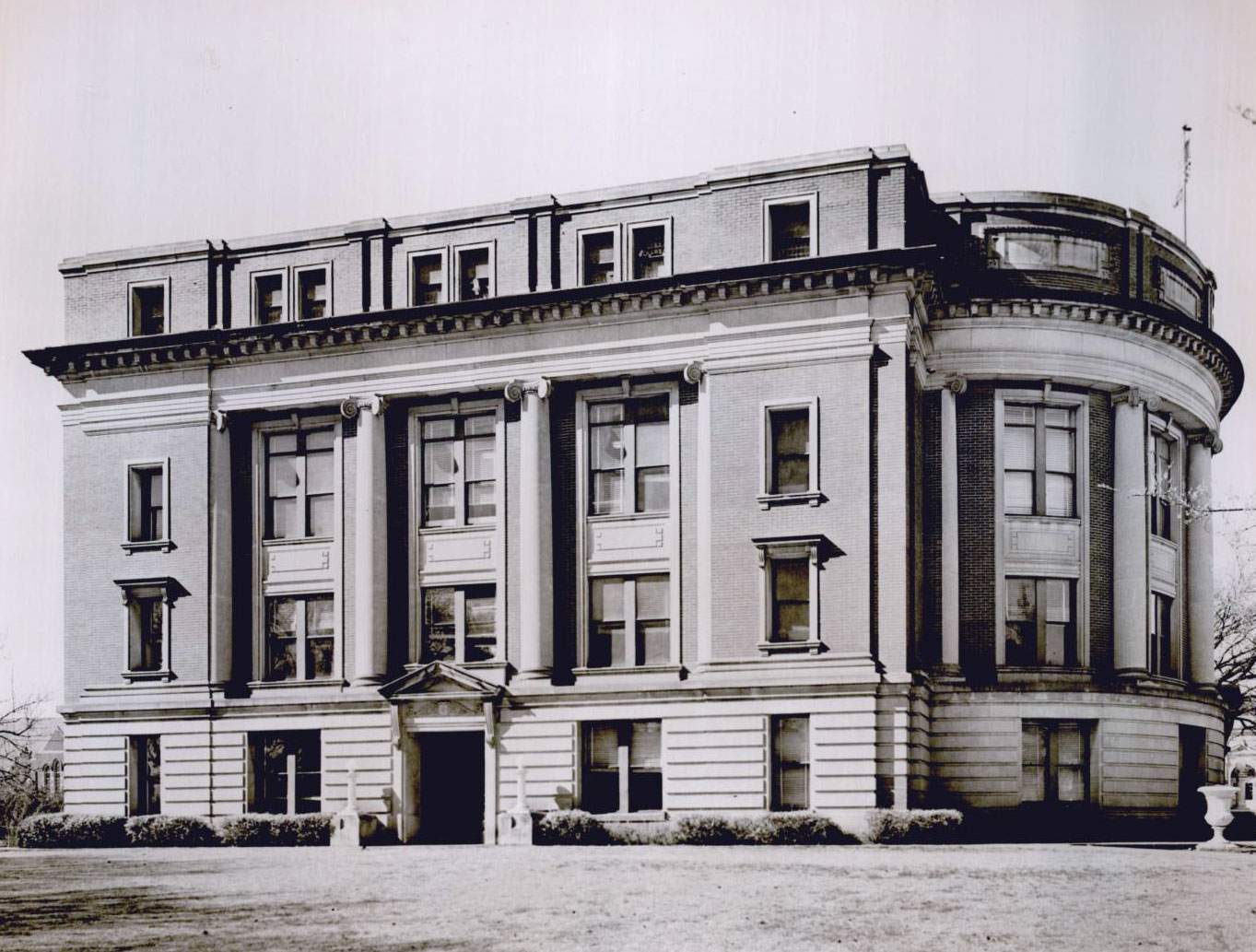 Created on land that was once part of the Creek Nation, Payne was one of the first counties established in Oklahoma Territory by the Organic Act in May 1890. It was first designated as the Sixth County, but was later named to honor Boomer leader David L. Payne. The county was part of the territory settled during the Land Run of 1889.

Payne County's topography of rolling plains lies mostly within the Sandstone Hills physiographic region, and the western part of the county lies within the Red Bed Plains. The Twin Mounds, limestone-topped hills lying east of Ingalls, is the most noticeable feature. The Cimarron River is the primary waterway, draining most of the county via its own smaller tributaries and Stillwater Creek and its tributaries. Prehistoric occupation of the region has been revealed in various archaeological sites in the county, including four of the Archaic period (6000 B.C. to A.D.1), two Woodland sites (A.D. 1 to 1000), and two Plains Village sites (A.D. 1000 to 1500).

The Organic Act also ended a bitter dispute between Stillwater and Perkins over which should be the county seat. Settlers from both communities, some armed, lined up on opposite sides of Stillwater Creek, each side demanding to hold court records until a seat was named. Leaders persuaded both factions to put down their weapons. Congress settled the matter by choosing Stillwater.

As the Sac and Fox and Iowa reservations were opened to non-Indian settlement in 1891 and the Cherokee Outlet by the 1893 run, Payne County's borders were expanded by adding several townships of the Outlet and several miles of land south of the Cimarron River. These openings also created new counties that now border on Payne-Noble, Lincoln, Creek, and Pawnee. Logan, on the southwest border, was one of the seven original counties. These changes made Payne a part of north-central Oklahoma. The county incorporates 697.13 square miles of land and water area.

Railroads soon crisscrossed the county after the land openings. Two major lines were built by the Eastern Oklahoma Railway between 1900 and 1902 and immediately placed under lease to the Atchison, Topeka and Santa Fe Railway. One north-south line connected Pawnee to Stillwater, Ripley, and Cushing Junction and then joined another north-south line that extended from Newkirk through Pawnee County and Payne County to Shawnee. A line from Guthrie to Cushing Junction followed the Cimarron River to Ripley. Thus, as farming developed and rural communities grew up, the railroads provided a means of getting crops to market.

From 1889 to 1902 thirty-three post offices were set up in the county, some of which disappeared within a few weeks. As this occurred, leaders emerged who had great influence on the county's history and its government. These included Robert A. Lowry, a lawyer and newspaper publisher from Angus, Iowa. He was often called the "Father of Stillwater." He donated eighty acres of his claim to secure a townsite, led in forming the first city government, and helped assure Stillwater as the county seat. Frank J. Wikoff, only twenty-two, made the 1889 land run. He wrote the first Stillwater city charter. He was the first city attorney, the first Payne County attorney, and the first county judge, and he later became chair of the Oklahoma A&M College Board of Regents. Capt. William A. Knipe provided similar leadership in Perkins. For more than forty years he was active in all facets of Perkins's development and led efforts to have the county seat and the land grant college located in Perkins. William R. (Billy Rae) Little planned before the 1891 land run to start a town on the Sac and Fox Reservation. He was among the first to establish a claim after the land run, and he set aside eighty acres of his claim for a townsite that became Cushing. William L. Couch is honored in Stillwater for having established a Boomer colony on the banks of Stillwater Creek in 1884, which he named Stillwater, Oklahoma.

For more than a half century agriculture remained the base of the county's economy. Cotton, corn, and wheat were among the primary crops. Perkins was considered a cotton center. In 1896 the county's population was 14,192, and by 1910 it had reached 27,735. After that, it increased by several thousand each decade until in 1940 it stood at 36,057. Meantime, Stillwater's population in 1940 had reached 7,000, and the town had found a new economic base as Oklahoma A&M College's enrollment increased to 5,500.

This was to end a half-century era. World War II and its aftermath would drastically change Payne County. The war had been underway only a few months when its threat to Stillwater's economy became apparent. Students by the hundreds left the college to serve in the armed forces. To offset the loss, a delegation of city and college leaders went to Washington, D.C., and, after visits with military leaders and U.S. Sen. Almer Stillwell "Mike" Monroney, were able to have the college designated a war-training center. Their efforts were successful, and twelve training programs involving nearly forty thousand naval personnel were approved for the college. Although this guaranteed the survival of both the city's and college's economies through the war era, it caused its leaders to realize that a diversified economic base was essential for the future.

In 1951 they established an Industrial Foundation whose function was to bring manufacturing plants and industrial jobs to Stillwater. The foundation's success was phenomenal. From 1966 to the turn of the twenty-first century thirteen major manufacturers and other smaller ones established plants in Stillwater, creating more than five thousand jobs. Meanwhile, the college, now known as Oklahoma State University, had also grown and its personnel exceeded seven thousand by 2000.

Effects of these efforts have changed the entire county. The 1950 population of 46,430 had increased twenty years later to 50,654. A study showed that 58 percent of employees were non-Stillwater residents. They were commuting from Yale, Ripley, Glencoe, Perkins, Cushing, and even as far away as Tulsa and Oklahoma City. Highways from all directions became crowded with commuters.

As industrial influence grew, agriculture also changed. Farms became smaller and less numerous and emphasis changed from standard products to beef, forage crops, and pasture lands. In 1930, 2,928 farms had utilized 393,216 acres, and by 2000, 1,281 farms cultivated 339,359 of the county's nearly 4.5 million acres of land. Agriculture remained important and by the end of the twentieth century contributed from $27 million to $35 million annually to the economy. The Payne County Fair attracts twenty thousand to thirty thousand visitors each year.

Payne County is laced with good highways. Most important perhaps, is Interstate 35, which extends along the county's edge as it winds from the Kansas border into Texas. Travelers from State Highways 33 and 51 can access I-35 to reach southward into Oklahoma City or Texas. A toll road, the Cimarron Turnpike (U.S. Highway 412), provides a quick route to Tulsa or to Enid. State Highway 177 extends from the Kansas border through Stillwater and Perkins to southern Oklahoma.

The county is especially known historically for several events. Area historians have found artifacts that they believe prove that the first battle of the Civil War in Oklahoma, Round Mountain, was fought near the Twin Mounds area west of Yale. In 1893 a battle between outlaw Bill Doolin's gang and lawmen was fought at Ingalls. Three marshals were killed. In the early 1920s Cushing, Yale, and Ripley were hotbeds of Ku Klux Klan activities. As many as three thousand members attended some rallies.

The following (as per The Chicago Manual of Style, 17th edition) is the preferred citation for articles:
D. Earl Newsom, “Payne County,” The Encyclopedia of Oklahoma History and Culture, https://www.okhistory.org/publications/enc/entry?entry=PA027.