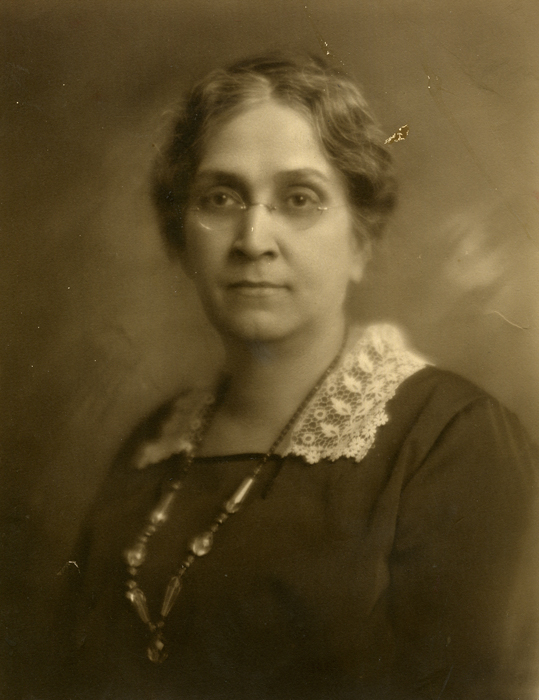 Social reformer Frances Falwell Threadgill spent her life working for women's and children's rights. Threadgill was born in Memphis, Tennessee, on September 22, 1867, the daughter of Samuel and Zarsko Zelo Messick Falwell. After attending public school and business college in Memphis, she graduated from the Peabody Normal School in Nashville in 1881. She taught school in Memphis until 1891, and then she moved to Taylor, Texas, to teach until her marriage to Dr. John Threadgill on January 16, 1892. The Threadgills then moved to Norman, Oklahoma, where John Threadgill helped found the institution that became Central State Hospital. In 1901 they moved to Oklahoma City.

Threadgill's public service began as she became increasingly involved in the Oklahoma and Indian Territory Federation of Women's Clubs. In 1902 she helped lead a campaign to include kindergartens in the public schools of Oklahoma City. Her husband successfully maneuvered the proposal through the city council in 1903. From 1904 to 1906 she served as chair of the federation's legislative committee. After succeeding Lola Scott as federation president in 1906, she wrote a letter to the Oklahoma Constitutional Convention meeting in Guthrie. She urged the delegates to include constitutional clauses to regulate child labor, provide for compulsory education, establish juvenile courts and a reform school, and provide for protection of Oklahoma's forests. Although not fully successful in these efforts, Threadgill believed that many of the federation's goals were met in the new Oklahoma Constitution because it included many provisions that addressed the needs and rights of women and children.

Following the merger of the territorial federations in 1908, Threadgill became the first president of the Oklahoma State Federation of Women's Clubs.

During this time she led the effort to establish an educational fund for female college students. The fund was later named in her honor. Threadgill went on to serve as treasurer of the national General Federation of Women's Clubs from 1910 to 1912. She also chaired the committee that worked to gain suffrage for Oklahoma women.

The Threadgills had two children, Mary Frances and John Falwell. Before Frances Threadgill's death in Oklahoma City on February 17, 1941, she was inducted into the Oklahoma Hall of Fame in 1934.

The following (as per The Chicago Manual of Style, 17th edition) is the preferred citation for articles:
Carol Sue Humphrey, “Threadgill, Frances Falwell,” The Encyclopedia of Oklahoma History and Culture, https://www.okhistory.org/publications/enc/entry.php?entry=TH017.