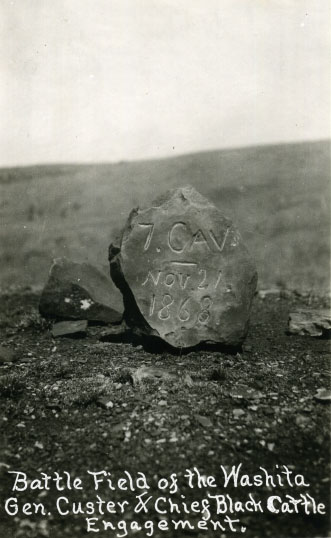 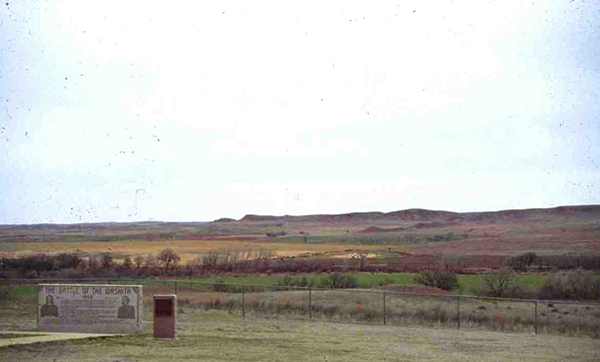 WASHITA, BATTLE OF THE.

A military engagement between the U.S. Army and American Indians, the Battle of the Washita occurred near present Cheyenne in Roger Mills County, Oklahoma, on November 27, 1868. Prior to that date, the Medicine Lodge Treaty of 1867 and military campaigns in western Kansas had failed to stem the tide of Indian raiding on the southern Great Plains. Maj. Gen. Philip H. Sheridan, who had been named commander of the Department of the Missouri in spring 1868, realized that warm weather expeditions against the mounted Southern Cheyenne, Southern Arapaho, and other "hostiles" were ineffective. Therefore, he devised a plan to attack during the winter months when the tribes were encamped and most vulnerable.

In November 1868 three columns of U.S. Army cavalry and infantry troops from forts Bascom in New Mexico, Lyon in Colorado, and Dodge in Kansas, were ordered to converge on the Indian Territory (present Oklahoma) and strike the Southern Cheyenne and the Southern Arapaho. The main force was the Seventh Cavalry led by Lt. Col. George A. Custer. Custer's troops marched from Fort Dodge and established Camp Supply in the Indian Territory, where they were to rendezvous with the Nineteenth Kansas Volunteer Cavalry, which was advancing from Topeka. Slowed by a severe snowstorm, the Nineteenth was unable to reach the post in time, and the Seventh set out alone on November 23.

While Custer's main body of troops and supplies advanced in deep snow south toward the Canadian River and the Antelope Hills, scouts from Maj. Joel Elliott's detachment found an Indian trail further south near the Washita River. Custer reformed the Seventh and decided to follow the path down the Washita, leaving the baggage train to catch up later. The Seventh arrived on a ridge behind an Indian camp after midnight on November 27. After moving forward with his Osage scouts and surveying the area, Custer planned to divide the Seventh into four battalions and attack the village at dawn.

Custer's target was peace chief Black Kettle's camp of about 250 Cheyenne. Earlier, on November 20, 1868, Bvt. Maj. Gen. William B. Hazen, commander of the military's Southern Indian District, had warned Black Kettle, who was seeking protection and supplies for his band at Fort Cobb in the Indian Territory, that the military was pursuing the Cheyenne and the Arapaho. Black Kettle learned that he and his principal men would have to deal with the army's field commanders if they wanted peace. Based on that knowledge, Black Kettle planned to move his village from its present location to larger Cheyenne encampments down the Washita. Having been attacked at Sand Creek in Colorado in 1864, he hoped to find safety in numbers.

Custer's troops were in position by daybreak, and he ordered them forward. Someone from the village spotted the soldiers and fired a shot to warn the camp. The attack started, and within ten minutes the village had been overrun. Fighting continued until about three o'clock that afternoon, however, because Indians from camps downstream rushed up the valley to aid Black Kettle. Arapaho and Kiowa were among those that encountered and killed a detachment of seventeen men led by Maj. Joel Elliott along a stream now known as Sergeant Major Creek. (Arapaho chief Little Raven and the Kiowa Satanta were among the defenders of Black Kettle's village.)

Black Kettle and an indeterminate number of Cheyenne were killed, and fifty-three women and children were captured. (Custer reported 103 Cheyenne men had been killed. The Cheyenne claimed only about eleven of their men had died. The rest were women and children.) In addition, fifty-one lodges and their contents were burned, and the camp's pony herd of roughly eight hundred horses was killed. The Seventh Cavalry suffered twenty-two men killed, including two officers, fifteen wounded, and one missing. That very evening the Seventh, with their prisoners in tow, began their return march to Camp Supply.

The Sheridan-Custer campaign continued into 1869, with troopers of the Seventh Cavalry and the Nineteenth Kansas Volunteer Cavalry roaming over much of present southwestern Oklahoma. Work on Camp Wichita, later Fort Sill, began in January 1869, replacing Fort Cobb as a base of operations. In March Custer overtook a large number of Cheyenne on the Sweetwater River in the Texas Panhandle. His supplies exhausted, Custer did not attack. Instead, using trickery, he took tribe leaders hostage and won a Cheyenne promise to report to Camp Supply. Declaring the five-month campaign finished, Custer led his army back to Kansas, and they arrived at Fort Hayes on April 10, 1869.

Charles Brill, Custer, Black Kettle and the Fight on the Washita (1938; Norman: University of Oklahoma Press, 2002).

The following (as per The Chicago Manual of Style, 17th edition) is the preferred citation for articles:
Stephen Black, “Washita, Battle of the,” The Encyclopedia of Oklahoma History and Culture, https://www.okhistory.org/publications/enc/entry.php?entry=WA037.