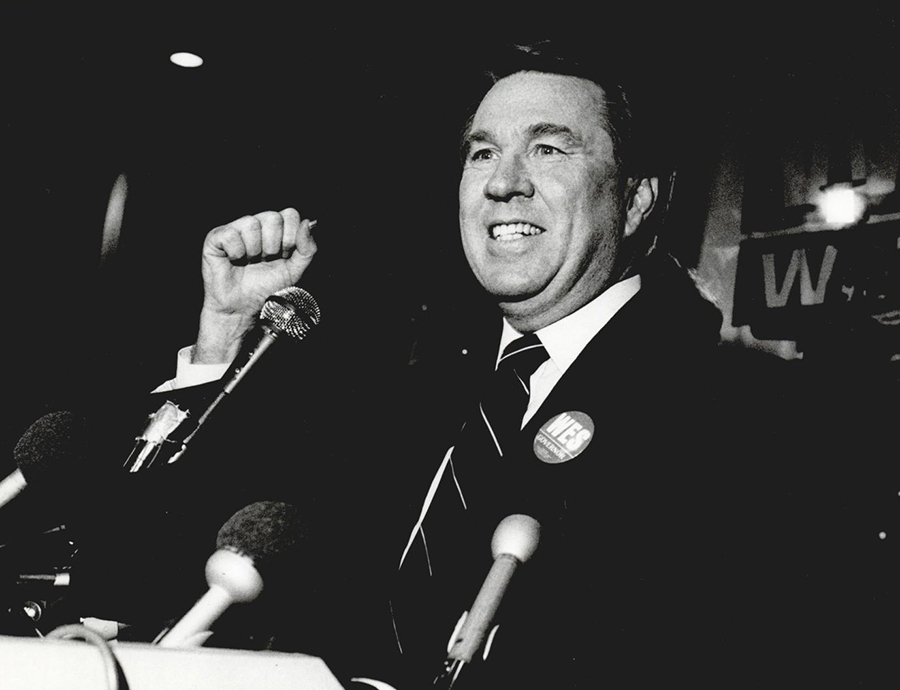 Born on December 15, 1938, in De Queen, Arkansas, Wesley Wade Watkins grew up near Bennington, in Bryan County, Oklahoma. During adolescence the future U.S. representative participated in 4-H and Future Farmers of America. Attending Oklahoma State University (OSU), he received an agricultural education bachelor's degree in 1960 and an educational administration master's degree in 1961. During his years at OSU Watkins was president of the student body and student senate. Between 1960 and 1967 he served in the Oklahoma National Guard. After college he worked as a small business owner of a real estate and land development company.

Watkins began his political career in 1974 when elected to the Oklahoma Senate in a special election. In 1976 voters elected him to the U.S. House of Representatives for Oklahoma's Third District, replacing former Speaker of the House Carl Albert. For four years Watkins served on the Banking, Finance, and Urban Affairs Committee, as well as the Science and Technology Committee. Later he was a member of the Appropriations Committee, the Energy and Water Development, and the Rural Development Subcommittees.

Watkins left his seat in Congress to run for governor in 1990. Unsuccessful, he left the Democratic Party and again ran for governor, as an independent, in 1994, winning 23.5 percent of the votes. Two years later Watkins reclaimed his congressional seat as a Republican. Voters reelected him in 1998 and 2000, his tenth congressional term. In 2001 he served as a member of the House Committee on the Budget, the House Ways and Means Committee, and the Human Resources Subcommittee.

The following (as per The Chicago Manual of Style, 17th edition) is the preferred citation for articles:
Rebecca Watkins, “Watkins, Wesley Wade,” The Encyclopedia of Oklahoma History and Culture, https://www.okhistory.org/publications/enc/entry.php?entry=WA042.