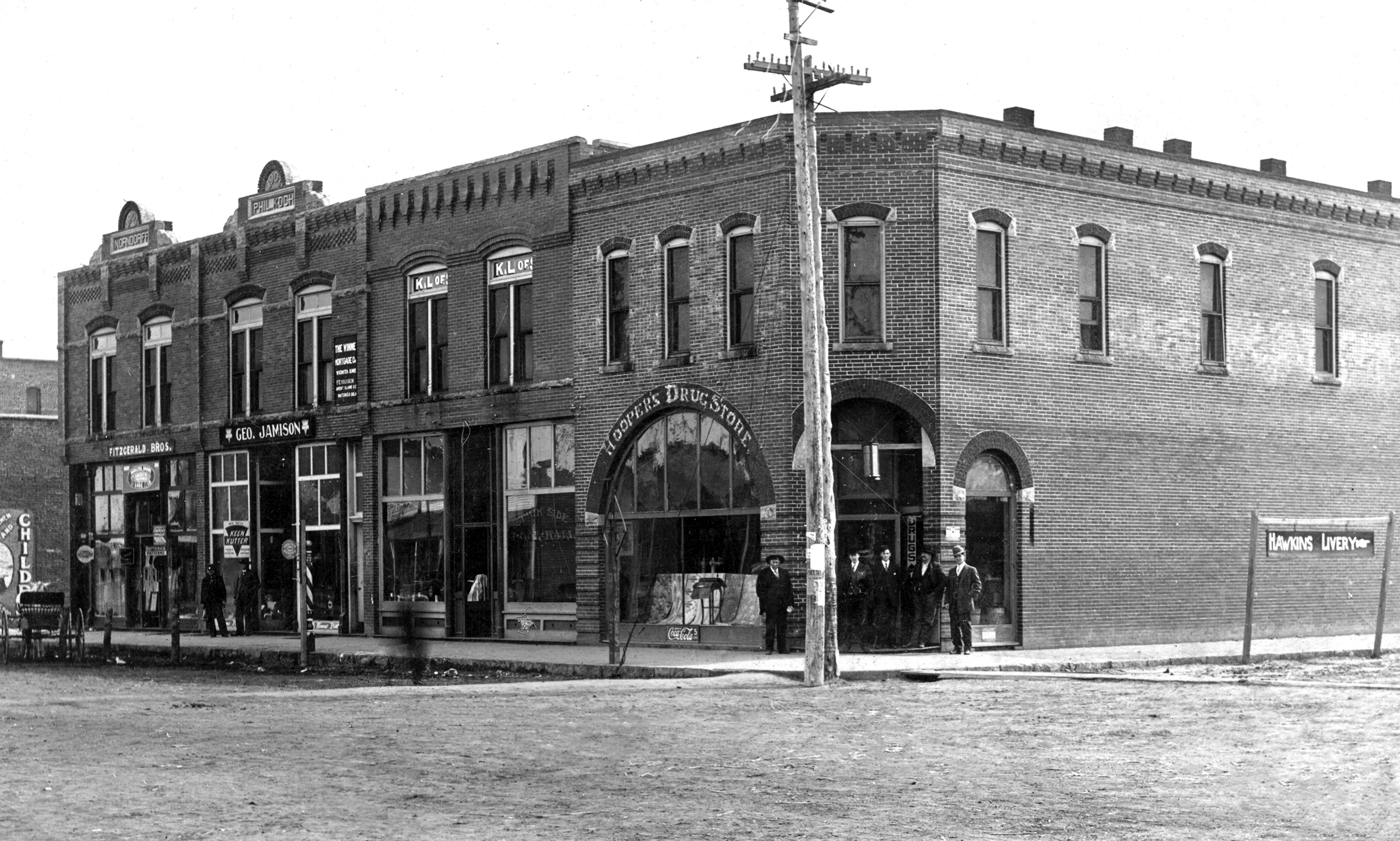 As the county seat of Blaine County, Watonga is located at the intersection of State Highways 8 and 33 and U.S. Highway 270. The county lies within the former Cheyenne-Arapaho Reservation, opened for non-Indian settlement in the land run on April 19, 1892. Developed at that time from a tent city, the town was named for Arapaho Chief Wa-ton-gha, whose name meant Black Coyote. A post office was established in 1892. In 1901–02 the Enid and Anadarko Railway (later the Chicago, Rock Island and Pacific Railway) built a line from Guthrie sixty miles west through Watonga. Constructed in 1906, the Blaine County Courthouse is one of several that predate statehood.

In October 1892 Thompson B. Ferguson arrived in Watonga and established the Watonga Republican newspaper. In 1901 Pres. Theodore Roosevelt appointed him as the eighth territorial governor of Oklahoma Territory. According to legend, Roosevelt asked if there was one honest man in the entire territory that he could depend on to do the job, and Ferguson's name was presented for consideration. His wife, Elva, authored They Carried the Torch: The Story of Oklahoma's Pioneer Newspapers (1937) and also helped establish the Watonga Public Library.

At 1907 statehood Watonga's population stood at 1,608 and in 1910 at 1,823. The local economy depended on the surrounding wheat-producing area. Rural residents and town dwellers supported an opera house, a bottling works, four banks, three hotels, nine doctors, and more than a hundred other service providers. Electric light service and city water system operated. The presence of three elevators, a creamery, and two wagonyards indicated the importance of agribusiness. By 1920 the population numbered 1,678, reduced slightly because of a post–World War I agricultural depression and migration of residents to larger cities.

By the 1930s Watonga's population of 2,228 supported three schools and eight churches. Three cotton gins and three grain elevators served the surrounding agricultural community. A new post office building, completed in 1937, was selected to receive a mural as part of the New Deal art project. Commissioned artist Edith Mahier painted the mural depicting Chief Roman Nose and other Cheyenne on the day of the land run in 1892.

The 1940 U.S. Census counted 2,828 Watongans. In that year the Watonga Cheese Factory was established in a building formerly occupied by an ice and electric plant. The 1950, 1970, and 1990 population figures were recorded as 3,249, 3,696, and 3,408, respectively. The community hosted the twenty-ninth annual Cheese Festival on October 8 and 9, 2004. In addition to the newspaper, other businesses that continued to impact the community included a United States Gypsum plant (established in 1905), Abstract & Guaranty of Blaine County (established in 1892), and Wheeler Brothers Grain (established in 1917). Diamondback Correctional Facility, a private prison, opened in November 1998. With 4,658 residents in 2000 and 5,111 in 2010, Watonga had an aldermanic form of government.

Watonga's notable citizens include Theresa Hunt Tyler, the town's first dentist, at a time when few women practiced that profession. Native son Clarence Nash provided the voice of Walt Disney's cartoon character Donald Duck. Authors with local ties include Earnest Hoberecht, war correspondent and author of Asia is My Beat (1961) and Tokyo Romance (1947), William Cunningham, director of the Works Progress Administration (WPA) Oklahoma Federal Writers' Project and author of The Green Corn Rebellion (1935), and Sidney Stewart, who wrote Give Us This Day (1956), an autobiographical account of being a World War I prisoner of war.

Arthur Silberman, "Watonga's Day in the Sun or Trickster Comes to Town," The Chronicles of Oklahoma 66 (Winter 1988–89).

The following (as per The Chicago Manual of Style, 17th edition) is the preferred citation for articles:
Terri Crawford, “Watonga,” The Encyclopedia of Oklahoma History and Culture, https://www.okhistory.org/publications/enc/entry.php?entry=WA043.