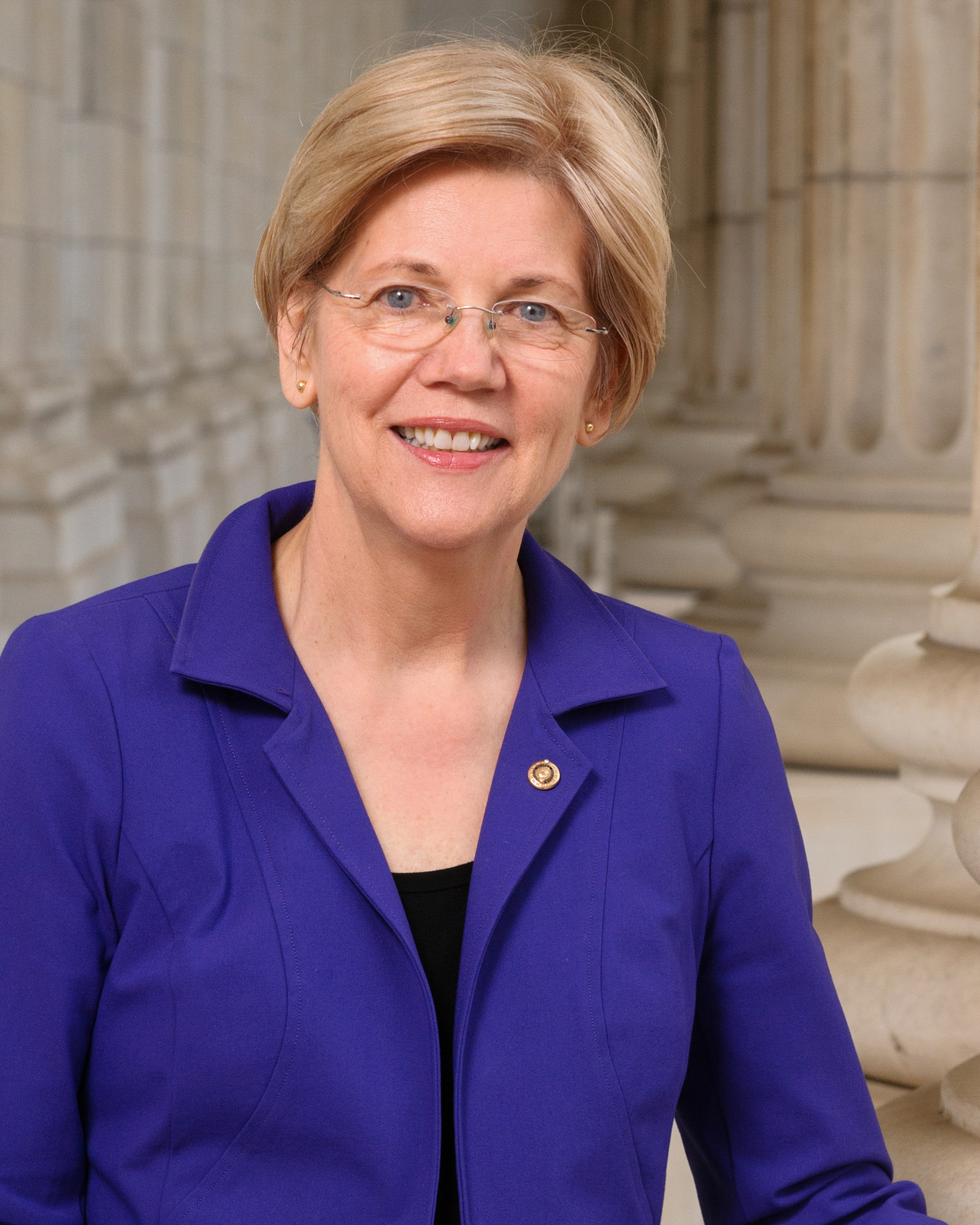 A U.S. senator from Massachusetts, Elizabeth Ann Herring Warren was born on June 22, 1949, to Donald Jones and Pauline Reed Herring. In 1966 Elizabeth Herring graduated from Northwest Classen High School in Oklahoma City. While she was in elementary school in Norman, Oklahoma, a teacher told her that she could attain any occupation when she grew up. She decided to be a teacher. Excelling on the debate team in high school, she received a full scholarship to George Washington University in Washington, D.C., attending from 1966 to 1968.

On November 3, 1968, in Oklahoma City, Elizabeth Herring married James “Jim” Robert Warren, whom she had met in high school. At that time he worked in Houston, Texas, for IBM (International Business Machines) as a contractor for the Apollo space missions. They had two children. In 1970 Elizabeth Warren earned a bachelor of science degree in speech pathology and audiology from the University of Houston.

Throughout her marriage and motherhood Elizabeth Warren worked to balance her responsibilities as a housewife and her desire to continue her education and career. When her husband was transferred to New Jersey, she entered Rutgers School of Law, receiving a juris degree in 1976. In 1978 the Warrens divorced. In 1980 Elizabeth Warren married law professor Bruce Hartling Mann, and she retained the surname of Warren.

Before she entered politics, Warren worked as a public-school speech pathologist, a lawyer, a law professor, and a bankruptcy analyst. From 2008 to 2010 she chaired the Congressional Oversight Panel for the Troubled Asset Relief Program. Between 2010 and 2011 she served as a special assistant for the Consumer Financial Protection Bureau to Pres. Barack Obama.

Elizabeth Warren, the first woman senator from Massachusetts, was elected as a Democrat to the U.S. Senate in 2012. She defeated Republic Scott Brown, who had won the seat during a special election following Senator Edward Moore “Ted” Kennedy’s death in August 2009. She was reelected in 2018 to a term ending in January 2025. In 2020 Warren made an unsuccessful bid for president. During her tenure in Congress she has served on the Senate Banking Commission, on the Senate Armed Services Committee, as vice chair of Senate Democratic Caucus, as special advisor for the Consumer Financial Protection Bureau, and as chair of the Congressional Oversight Panel.

Warren has authored more than a dozen books, including an autobiography entitled A Fighting Chance. She has published more than one hundred articles in various media. Most of her published works deal with bankruptcy, the middle class, and personal finances.

The following (as per The Chicago Manual of Style, 17th edition) is the preferred citation for articles:
Linda D. Wilson, “Warren, Elizabeth Ann Herring,” The Encyclopedia of Oklahoma History and Culture, https://www.okhistory.org/publications/enc/entry.php?entry=WA054.