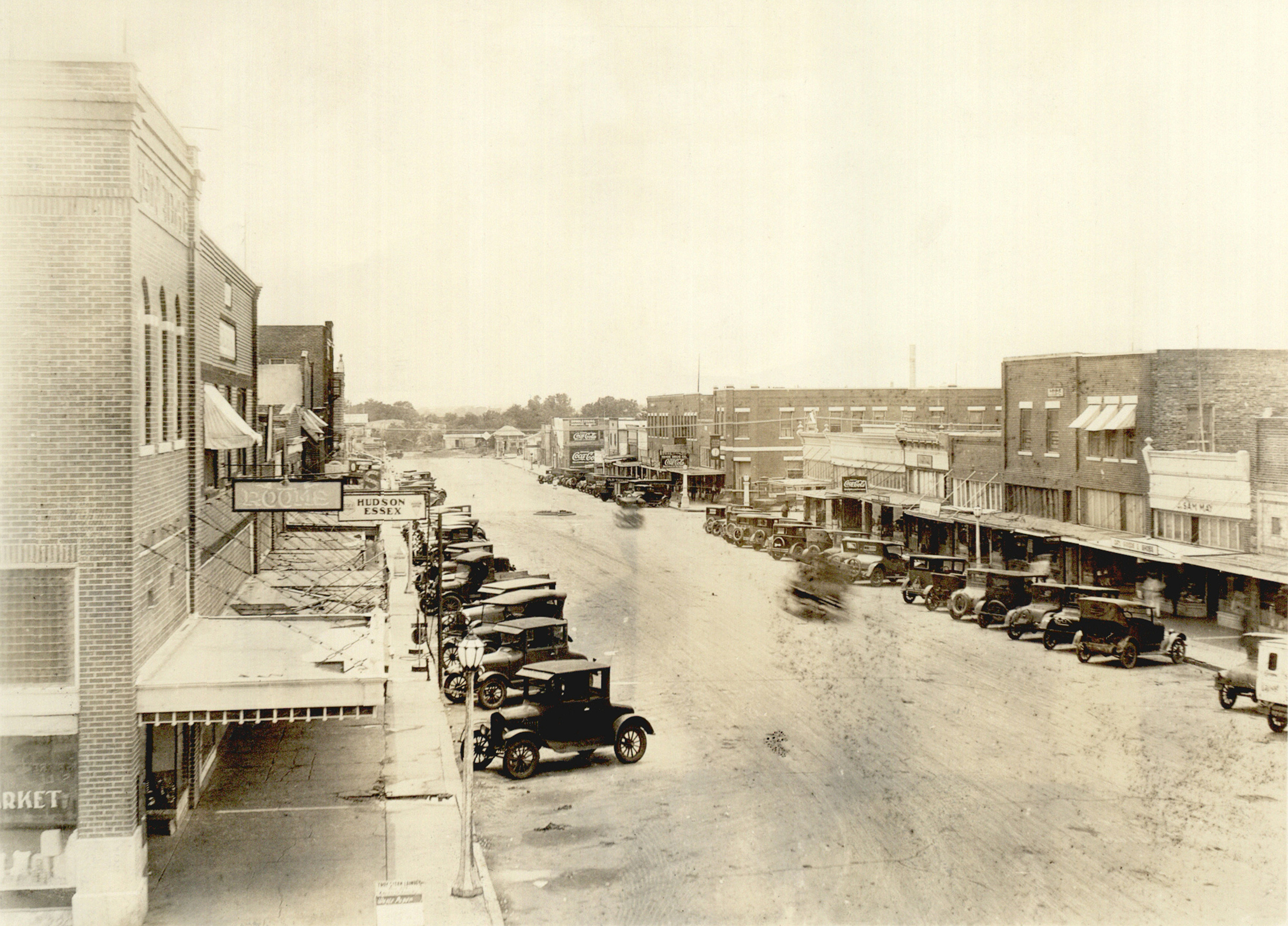 Yale, located in Payne County on State Highway 51 and twenty miles east of Stillwater, was founded in 1895 on land that was once part of the Pawnee Reservation. Sterling I. Underwood established the original town on his farm about one and one-half miles east of the present town. A post office was set up in Underwood's general store on October 4, 1895. One legend holds that the village was named for a lock on the store's door. Another claims that the name was chosen by a salesperson from Yale, Iowa.

As the Eastern Oklahoma Railway made plans to cross Payne County in 1900, a group headed by George W. Canfield set up another townsite on land they thought would be on the railroad's route. In 1902 the railroad began service there. The townsite grew quickly, and lots were sold at auction on August 1 and 2, 1902. Underwood moved his store and post office to the new location, which became the permanent site of Yale. In 1903 the Missouri, Kansas and Texas Railway provided service. By 1910 Yale, with 685 people, was an agricultural-service and cotton-processing center for the region.

This quiet farming community changed after September 23, 1913, when an oil well on the Ame Randle farm became a gusher. Then on October 24 came an even greater discovery as oil began gushing more than two hundred barrels an hour on the Sarah Rector farm. Rector was a ten-year-old African American orphan whose income soon reached $1,100 per month. Explorers from the Cushing-Drumright Field and other areas rushed to the community. As more discoveries occurred, twenty oil companies were operating in the Yale Field. By the end of 1914 the combined Yale and Cushing fields were reportedly producing 220,000 barrels a day. By February 1915 twenty-two million barrels of oil were reported in storage in the Yale Field, and fourteen refineries operated.

Meanwhile, the town mushroomed, and rooming and boarding houses sprang up everywhere. By 1915 there were seven lumberyards, two hotels, three banks, three theaters, and many retail stores. Population estimates ranged from 6,000 to 10,000 for the entire field. The 1920 census indicated that Yale's population had officially reached 2,601.

However, Yale's boom quickly began to deflate. In 1915, after the initial boom, oil production began dropping by about one hundred thousand barrels per day, and more dry holes were reported. As the decline continued, oil prices dropped to as low as twenty-five cents and sometimes to sixteen cents per barrel. By 1921 major producers began to shut down or drastically cut back their operations. Explorers moved to new fields. Pioneer retailers also began to depart. The population decreased to 1,734 in 1930, 1,407 in 1940, 1,239 in 1970, and 1,652 in 1980.

Since that time, most Yale retail establishments have disappeared, train service has ended, and the population has fluctuated between twelve hundred. In 2000 it was 1,342 and in 2010, 1,227. In spite of the population loss, Yale's leaders began to promote the community as a retirement destination. New housing has been planned to attract retirees from around the state and nation. At the beginning of the twenty-first century Yale had a city manager form of government, nine churches, and one weekly and two daily newspapers. As an Oklahoma Historical Society affiliate historic site, the Jim Thorpe House, once home of Oklahoma-born Olympic champion Jim Thorpe, was listed in the National Register of Historic Places in 1971 (NR 71000673).

The following (as per The Chicago Manual of Style, 17th edition) is the preferred citation for articles:
D. Earl Newsom, “Yale,” The Encyclopedia of Oklahoma History and Culture, https://www.okhistory.org/publications/enc/entry.php?entry=YA001.