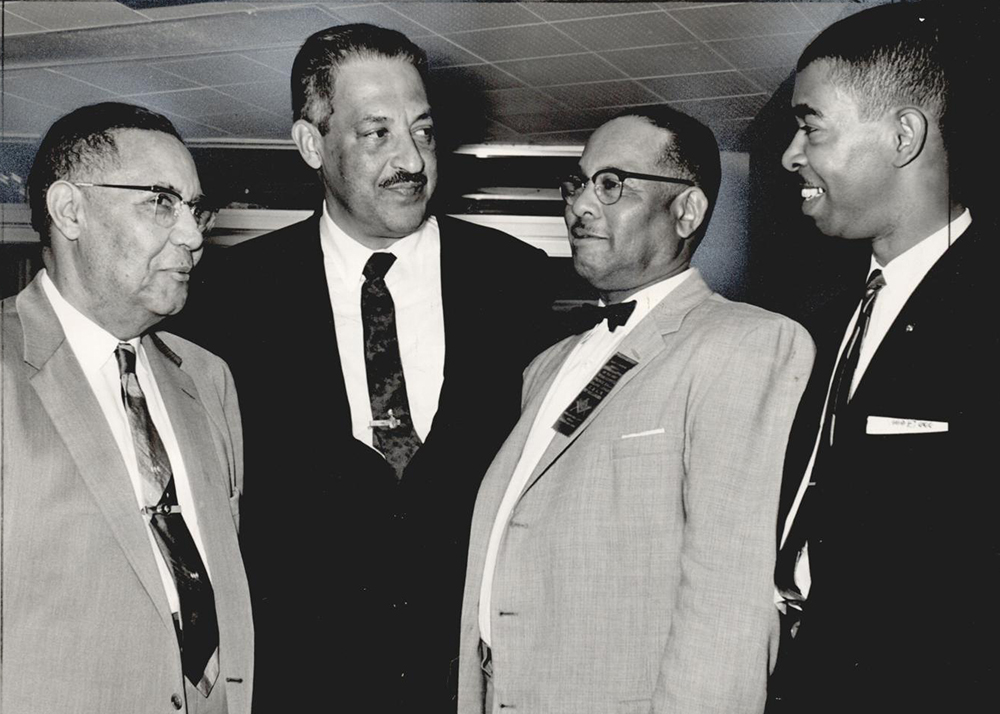 A man who became one of Oklahoma's most significant Civil Rights lawyers, Amos T. Hall was born on October 2, 1896, in Bastrop, Louisiana, and attended Bastrop schools. He graduated form Rust College, Holly Springs, Mississippi. Hall was admitted to the Oklahoma Bar Association in 1925 and then to the Tulsa County Bar Association. As the attorney for the Oklahoma Association of Negro Teachers, he led the fight for equal salaries for teachers via the case of Freeman v. Oklahoma City School Board (1948). He was appointed special judge of the District Court of Tulsa County in 1969 and served until 1970. In 1970 he was elected associate district judge of Tulsa County and served in that capacity until his death. Judge Hall was the first African American to be elected to a countywide office and the first African American to be elected a judge in Oklahoma.

For a number of years Hall served as attorney for the State Conference of Branches of the National Association for the Advancement of Colored People (NAACP) and as a member of the National Legal Committee of the NAACP. He also performed as president of the Tulsa branch of the NAACP for eleven years. He represented Ada Lois Sipuel in the landmark case Sipuel v. Board of Regents of University of Oklahoma (1948), which challenged the "separate but equal" edict.

Hall was very active in the Masonic order and served as grand master mason of the state of Oklahoma from 1941 to 1971. He was a member of the Xi Omega Chapter of the Omega Psi Phi Fraternity, Inc. He also served as a member of the Tulsa YMCA board and led the capital fund drive to build the Carver Youth Center. He was an active member of Morning Star Baptist Church of Tulsa and later of the First Baptist Church of North Tulsa. He received many honors for his more than forty years of public service, including Outstanding Citizen of Tulsa by the Tulsa Chamber of Commerce, honorary doctor of law degree from Wiley College, and honorary doctor of humane letters from Langston University. He also received citations from the U.S. Treasury and the March of Dimes National Foundation. To Hall and his wife, Ella, was born one daughter, Adelle Hall Gibbs of Tulsa. Amos T. Hall died on November 12, 1971, in Tulsa.

The following (as per The Chicago Manual of Style, 17th edition) is the preferred citation for articles:
Hannah D. Atkins, “Hall, Amos T.,” The Encyclopedia of Oklahoma History and Culture, https://www.okhistory.org/publications/enc/entry.php?entry=HA006.