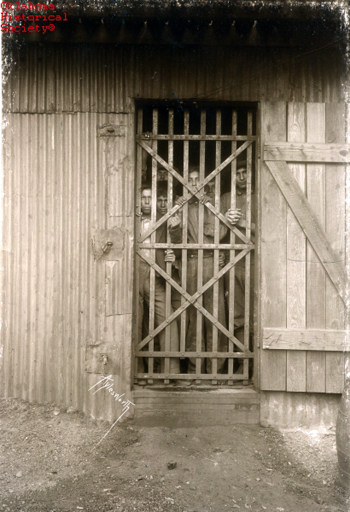 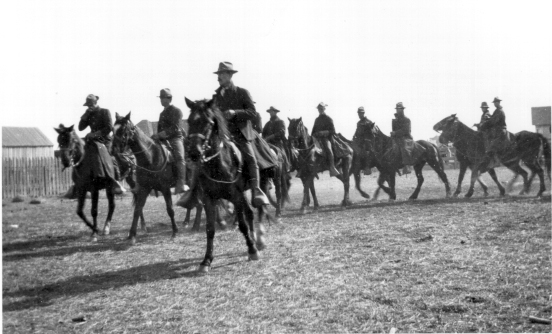 In 1901 the Crazy Snake Uprising peaked at Hickory Ground, a Creek tribal town. In 1895 the town had a population of 343, which ranked eighth among the forty-eight Creek towns. As early as 1898 Hickory Ground became a gathering point for both Creeks and other Five Tribe members who opposed allotment. Originally, the opposition was led by Lahtah Micco, the leader of Hickory Ground. However, keeping with Creek custom, the leader appointed a spokesman called a heneha (hen´ē hah) who made announcements and gave speeches for him. Chitto Harjo was Lahtah Micco's heneha. Harjo's speeches attracted attention, marking him, to outsiders, as the most visible of the dissenters.

A delegation consisting of Lahtah Micco, Chitto Harjo, Hotulke Fixico, and Hotulka Yahola traveled to Washington, D.C., to persuade Pres. Theodore Roosevelt to recognize the validity of the Treaty of 1832. All members of the delegation except Harjo contracted smallpox while there and were quarantined. Harjo was allowed to return to Indian Territory, and he urged tribal towns not to participate in E-kun wath-ka (allotment). He called for the establishment of a separate government at Hickory Ground to preserve traditional tribal customs and laws. As the number of resisters to allotment increased, white neighbors and government agents called them "Snakes," after the charismatic Harjo, whose name translated as "snake." By January 1901 the Snake government at Hickory Ground claimed jurisdiction over an area of twenty-five square miles and boasted a following of five thousand men, women, and children.

When delegations of Snakes started seizing property and whipping tribe members who supported allotment, the Creek National Council turned to U.S. Marshal Leo Bennett to arrest Harjo and his followers. A skirmish between officers and Snakes left one member of the posse dead, motivating Bennett and Indian Agent J. Blair Shoenfelt to request five hundred federal troops. Commanded by Lieutenant H. B. Dixon, Troop A of the Eighth U.S. Cavalry arrived to setup camp near Henryetta. However, troops were not needed. On Sunday afternoon, January 27, 1901, Deputy Marshal Grant Johnson and Bernie McIntosh, a Creek interpreter, arrested Harjo and two other Snake leaders at Harjo's home. Harjo rode peacefully with Johnson to the Troop A encampment. By the end of the next day, all of the principal Snake leaders except Lahtah Micco were in custody. The Snake "uprising" ended with no shots having been fired.

The number of Snakes arrested and arraigned before Judge John R. Thomas on March 4, 1901, is unclear. Criminal dockets show 236 names, but many were duplications, listing both English and Creek versions. The youngest Snake was fourteen years old, and the oldest, eighty-eight. A plea bargain led to suspended sentences and fines, a lecture by Judge Thomas, and then immediate parole based on promises to discontinue the Snake movement. Not all Snakes were released; eighteen returned to jail to stand trials for other charges, including murder and cattle theft.

Chitto Harjo and his followers continued to meet secretly to discuss strategies to oppose allotment. When they started whipping Creek members who applied for allotments, they were arrested again in February 1902. They appeared before Judge Charles W. Raymond, who revoked their parole. Authorities transferred Harjo and eleven Snakes to the federal penitentiary at Leavenworth, Kansas, to complete the remainder of the two-year sentence issued earlier by Judge Thomas.

While Snake leaders were imprisoned at Leavenworth, their followers continued to resist allotment. They hampered the allotment process by intimidating surveyors and by destroying survey equipment. However, Snake resistance changed after the release of Harjo and other leaders on November 4, 1902.

Imprisonment took a toll on the Snake leaders. Rather than forming armed, militant bands, Harjo changed tactics by forming a Snake political party to campaign for the position of Creek principal chief. Even though Harjo failed to win the election, the Snakes' political activism sparked a broader political movement called "The Four Mothers Nation." His followers continued to work for restoration of traditional tribal rights under the Treaty of 1832 many years after Harjo's death circa 1911. Requests to Congress continued up until 1926, but the Snake movement finally collapsed after twenty-five years of disappointments, but the spirit of collective political activism sparked by Harjo and his followers spawned numerous tribal organizations for many decades.

Leslie Jones, "Chitto Harjo and the Snake Rebellion," The Chronicles of Oklahoma 88 (Summer 2010).

The following (as per The Chicago Manual of Style, 17th edition) is the preferred citation for articles:
Kenneth W. McIntosh, “Crazy Snake Uprising,” The Encyclopedia of Oklahoma History and Culture, https://www.okhistory.org/publications/enc/entry.php?entry=CR004.