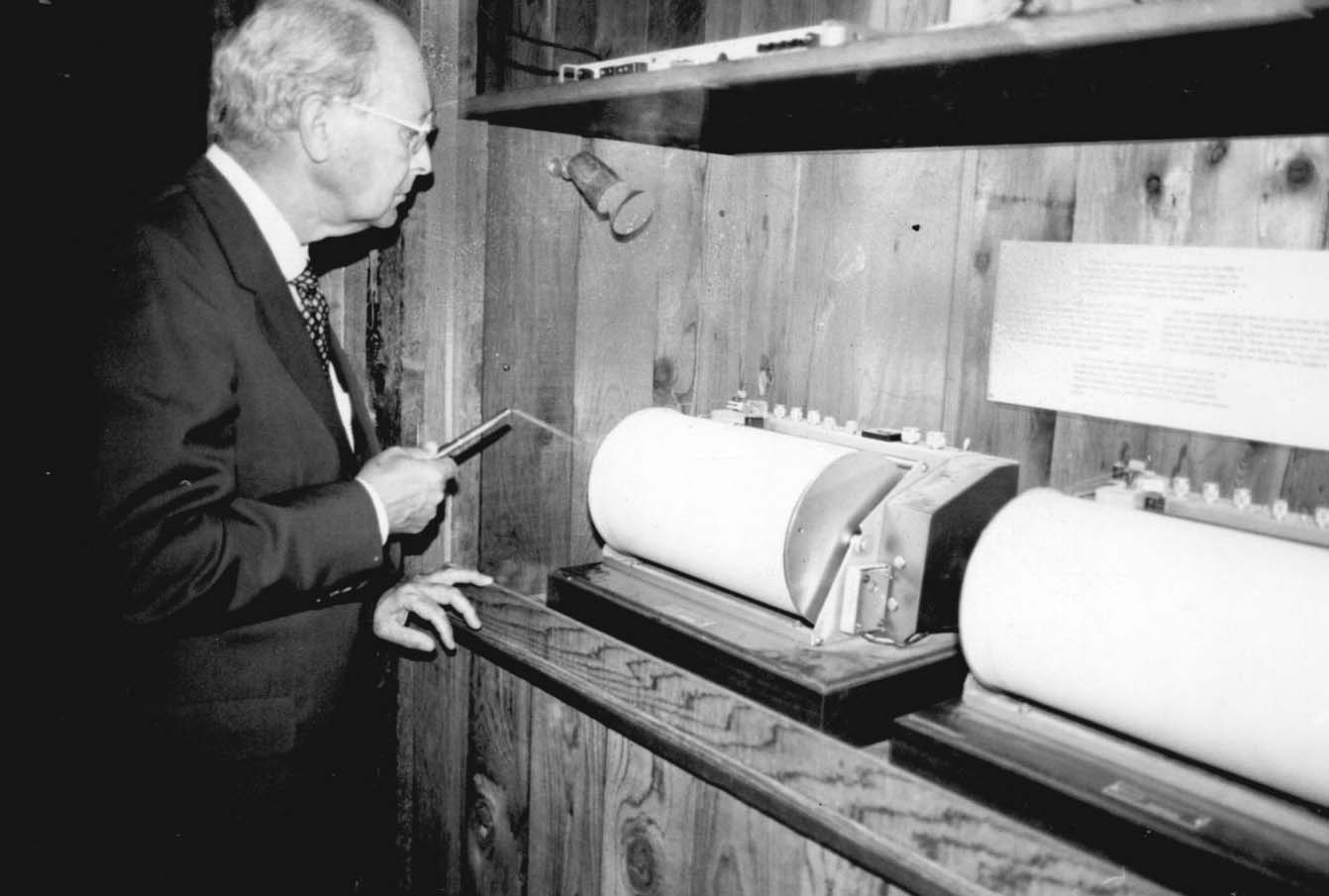 Oklahoma is within the stable interior of the United States. Except for the Meers Fault, the state has had almost no significant tectonic activity since the Pennsylvanian and Permian periods of geologic time (325 to 245 million years ago). Approximately 1,200 to 1,300 years ago a very large earthquake produced a sixteen-mile-long and fifteen-foot-high fault scarp north of the present town of Meers in Comanche County.

The New Madrid, Missouri, earthquakes of 1811 and 1812 probably were the earliest historical tremors felt in the area that is now eastern Oklahoma (then part of Arkansas Territory). Before Oklahoma became a state, the earliest documented earthquake epicenter within its current boundaries occurred on October 22, 1882, probably near Fort Gibson, Indian Territory, although the exact location cannot be precisely determined. The Cherokee Advocate reported that at Fort Gibson "the trembling and vibrating were so severe as to cause door and window shutters to open and shut, hogs in pens to fall and squeal, poultry to run and hide, the tops of weeds to dip, [and] cattle to lowe." The first locatable earthquake in Oklahoma occurred near Jefferson in Grant County on December 2, 1897. Until 2011 the largest known Oklahoma earthquake (with the possible exception of the Fort Gibson 1882 event) had occurred near El Reno in Canadian County on April 9, 1952. This magnitude 5.5 earthquake, as measured on the Richter Scale, caused a fifty-foot-long crack in the Capitol building in Oklahoma City. It was felt throughout Oklahoma and in parts of seven other states. The total felt area was approximately 140,000 square miles. Des Moines, Iowa, and Austin, Texas, were at the northern and southern limits, respectively. On November 5, 2011, a magnitude 5.6 earthquake was centered near Prague, Oklahoma, damaging homes and the Benedictine Hall at St. Gregory's University in Shawnee. [Editorial note: in 2016 the United States Geological Survey upgraded the Prague event to magnitude 5.7]. On September 3, 2016, a magnitude 5.8 earthquake occurred, centering at Pawnee, in Pawnee County, damaging a dozen buildings. To date, this was the state's largest.

Ground motion from earthquakes is recorded at nine widely separated locations in Oklahoma. The main recording and research facility, station TUL, is located near Leonard, in southeastern Tulsa County. Approximately fifty minor earthquakes occur in Oklahoma each year, but only an average of one to two are reported felt. Prior to 1962 all fifty-nine earthquakes in Oklahoma were known either from historical accounts or from seismograph stations outside the state. Oklahoma's first seismographs were installed in late 1961. From 1962 through 1976, seventy additional earthquakes were added to the earthquake data base. In 1977 a statewide network of seismograph stations was installed to improve earthquake detection and location. More than 1,550 additional earthquakes occurred in Oklahoma from 1977 through 2002. Typical Oklahoma earthquake magnitude values range from 1.8 to 2.5, and focal depths are generally shallow (less than three miles). Earthquakes have occurred in seventy-three of Oklahoma's seventy-seven counties. Only Washington, Nowata, Craig, and Adair counties have had no known earthquakes.

An analysis of Oklahoma earthquake data indicates at least four principal seismic areas, based upon a consistent pattern of recurrence. These areas include eastern McClain and Garvin counties and southeastern Grady County; Canadian County; south-central Oklahoma, including Love, Carter, and Jefferson counties; and the Arkoma Basin in southeastern Oklahoma.

The following (as per The Chicago Manual of Style, 17th edition) is the preferred citation for articles:
Kenneth V. Luza, “Earthquakes,” The Encyclopedia of Oklahoma History and Culture, https://www.okhistory.org/publications/enc/entry?entry=EA004.