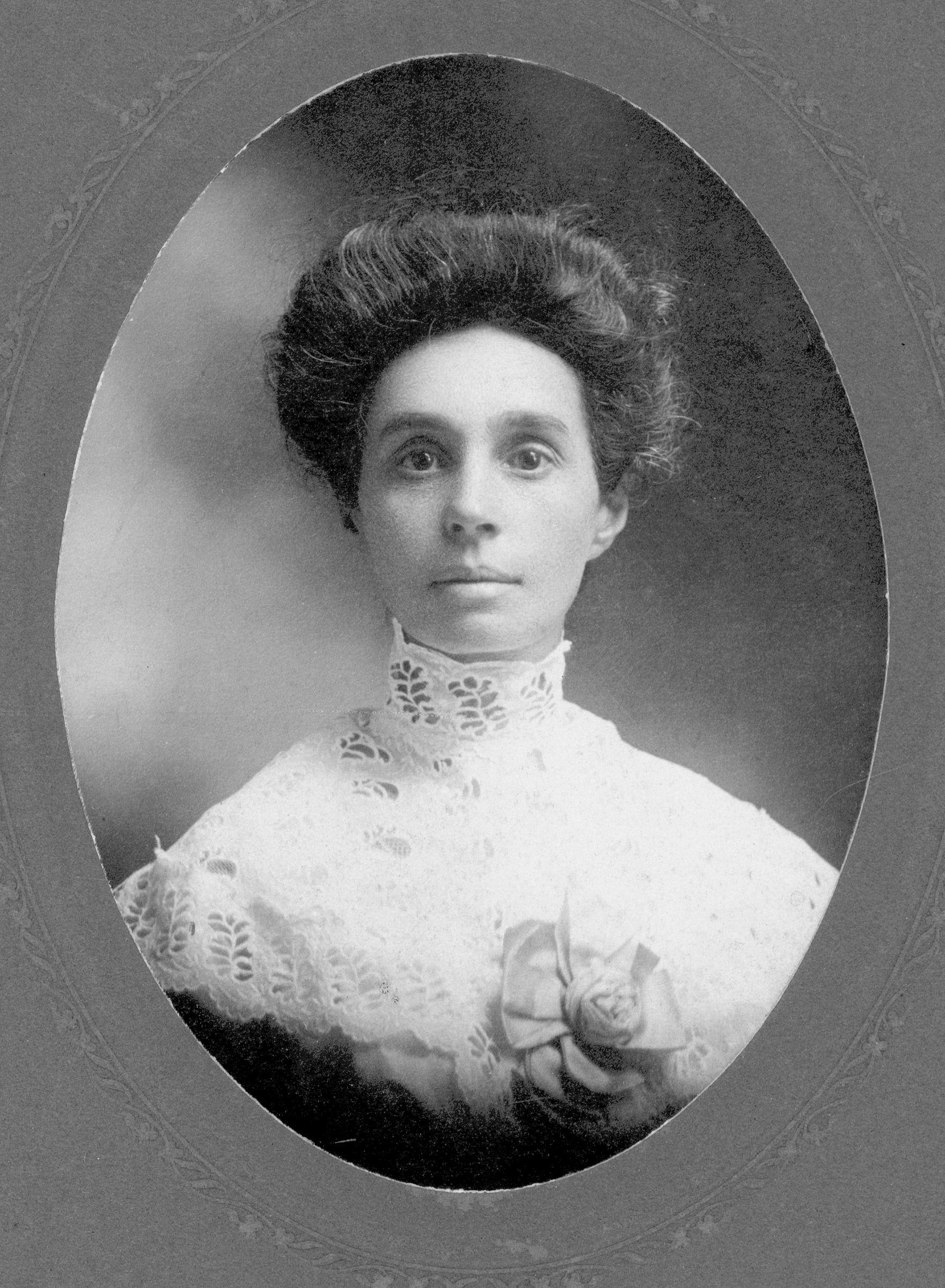 Elva Shartel Ferguson, a territorial Oklahoma first lady, a newspaper editor, and a journalist, was born in Novelty, Missouri, on April 6, 1869, to David E. and Mary Jane Wiley Shartel. She was raised in Sedan, Kansas, where she married Thompson B. Ferguson in 1885. The couple participated in three land runs and moved permanently to Watonga, Oklahoma Territory, in 1892, and they established the Watonga Republican newspaper. It was a joint endeavor from the beginning. Elva Ferguson participated in every aspect of the work, from writing editorials to selling subscriptions. As her husband became more involved with territorial Republican politics, she often assumed complete responsibility. She gave birth to five children, but only two survived infancy: Walter, a newspaperman and banker, and Tom, Jr., who died during World War I.

In 1901 Pres. Theodore Roosevelt appointed Thompson Ferguson as governor of Oklahoma Territory, and the couple moved to the capital at Guthrie. In addition to her duties as first lady Ferguson continued to write political news for the Republican throughout her husband's tenure. The Fergusons returned to Watonga and full-time newspaper work in 1906. Elva Ferguson's reminiscences of territorial politics, Indians, outlaws, and frontier life provided the basis of Edna Ferber's novel Cimarron, published in 1930. When RKO Studios developed a motion picture from the novel, Ferguson served as a technical advisor for the newspaper print-shop scenes. In 1937 Ferguson published her own account of newspaper life in early Oklahoma, entitled They Carried The Torch: The Story of Oklahoma's Pioneer Newspapers.

After her husband's death in 1921, Elva Ferguson managed the Watonga Republican alone until she sold it and retired in 1930. She became a leader in Oklahoma Republican Party politics in her own name. In 1924 she served as chair of the state delegation to the Republican National Convention. In 1926 she was a member of the executive committee representing Oklahoma at the Philadelphia Sesquicentennial Exposition, and two years later she became vice chair of the state Republican committee, serving until 1932. Free of newspaper responsibilities, she traveled extensively in Europe and enjoyed membership in the Order of the Eastern Star and American Pen Women organizations. Ferguson was inducted into the Oklahoma Hall of Fame in 1933. Near the end of her life she received many honors, including Oklahoma Mother of the Year in 1946. Ferguson died in Watonga on December 18, 1947.

The following (as per The Chicago Manual of Style, 17th edition) is the preferred citation for articles:
Linda W. Reese, “Ferguson, Elva Shartel,” The Encyclopedia of Oklahoma History and Culture, https://www.okhistory.org/publications/enc/entry?entry=FE009.