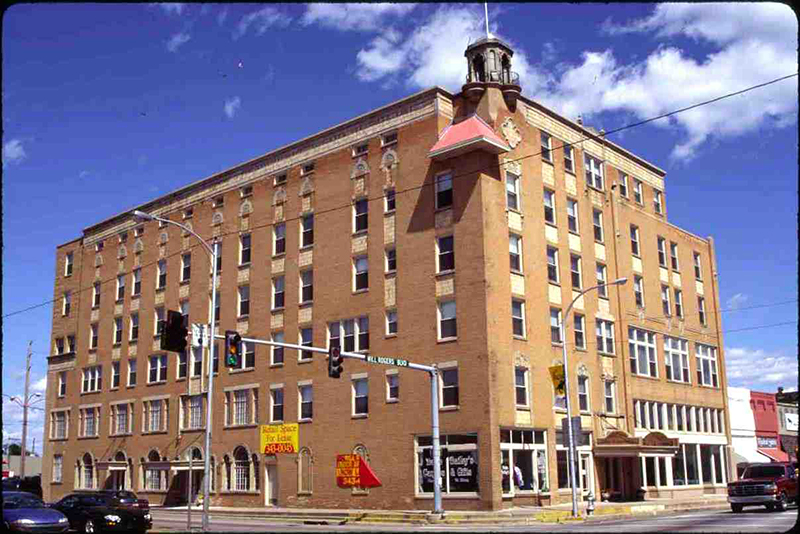 During the nineteenth and early twentieth centuries health spa treatments were commonly prescribed for sufferers of chronic ailments, particularly digestive, arthritic, and skin problems. Therapies using mineralized spring or well water gained some popularity in the United States, though they never attained the medical acceptance that they enjoyed in Europe.

Health spas performed important social functions. Families flocked to them for vacations and for reunions with family and friends, and individuals went there for personal rejuvenation. The most prestigious spas were places to see and be seen, to rub shoulders with celebrities, to make business and political contacts, and to meet potential mates.

Hundreds of spas flourished in nineteenth- and early-twentieth-century America. In Oklahoma, American Indians first recognized the medicinal properties of certain springs and of petroleum. Oil seeps (or springs) near the future locations of Tishomingo, Caddo, and Oaks attracted health seekers in the late nineteenth century. Notable mineral water spas developed in northeastern Oklahoma in Nowata and Claremore, in the south-central area around Sulphur and Bromide, in Guthrie near the state's center, and in the southwest at Medicine Park.

The development of Oklahoma's spas followed certain common patterns. Entrepreneurs built hotels and bathhouses to attract visitors, leading to more businesses and population growth. These centers often established sanitariums containing the latest medical devices, as well as mineral water swimming pools and other recreational resources. The most successful Oklahoma spas thrived during the 1920s, remained popular during the Great Depression, then declined after World War II. Changes in medical practice, transportation, population distribution, and employment contributed to the spas' demise. Consequences to the local communities ranged from minor (in Nowata, in which oil was the major attraction) to dire (in Bromide and Medicine Park, which were resort towns).

In 1908 the Medicine Park Summer Resort and Health Spa opened in an area known for medicinal springs. It became the center of a growing community, notable for its granite cannonball architecture. The resort's patrons tended to be well-to-do. During the prohibition era gambling and alcohol drew a different clientele, supposedly including notorious gangsters and outlaws. The resort remained popular with tourists throughout the Great Depression and World War II. The community was not able to reverse the general postwar decline in interest in health resorts, and Medicine Park deteriorated.

The towns of Sulphur Springs and Bromide, each named after a prominent ingredient of the local waters, also developed around mineral water springs, although wells were later drilled to supplement them. After a rapid rise Bromide's fortunes fell in the 1920s. The Chickasaw tribe transferred the area around Sulphur Springs to the federal government, which created Platt National Park in 1906. Sulphur Springs moved and eventually became the town of Sulphur.

Although the smallest of the national parks, Platt became one of the most popular. Oklahoma's first governor, Charles N. Haskell, used Sulphur's Artesian Hotel as his summer headquarters. Beginning in the 1920s the automobile brought large numbers of tourists, who could select accommodations ranging from primitive campgrounds to modern hotels. As interest in water therapy declined, visitors increasingly came for purely recreational purposes. In 1976 Platt National Park became the Chickasaw National Recreation Area, its original medicinal focus all but forgotten.

In 1913 the popularity of artesian well water in Guthrie induced the city to build the elaborate Guthrie Bath House. After a brief period of success, the business became unprofitable. The Guthrie Bath House was converted to other uses around 1930 and was demolished in 1941.

Although springs near Salina attracted health seekers, northeastern Oklahoma's major spas depended on sulfuretted, artesian well water struck by prospectors searching for oil or gas. In Claremore this failure was turned into a thriving health business, attracting tourists from all over the country. Mineral waters (imaginatively dubbed "radium water" to capitalize on the contemporary allure of radioactivity) became the backbone of Claremore's economy, with the industry lasting nearly nine decades (1904–90). The area containing Claremore's first bathhouses was nicknamed "Radium Town." In 1931 the bathhouses drew sixty thousand visitors and took in nearly a million dollars. Nowata and Pryor also benefited from mineral water spas for several decades. Nowata's modest business centered on its gracious Savoy Hotel.

Claremore's businesses mainly catered to ordinary people, but oil tycoons and others of prominence frequented the Will Rogers Hotel, which opened in downtown during the Depression year of 1931. As in Sulphur, gambling and bootleg liquor were not hard to find in Claremore during prohibition. Claremore's last bathhouse, at the (renamed) Hotel Will Rogers, closed in 1990. The Will Rogers and the Savoy have been targeted for preservation. The former and Mendenhall's Bathhouse in Radium Town are listed in the National Register of Historic Places (NR 94001508 and NR 83002127).

The following (as per The Chicago Manual of Style, 17th edition) is the preferred citation for articles:
Marjorie C. Malley, “Health Spas,” The Encyclopedia of Oklahoma History and Culture, https://www.okhistory.org/publications/enc/entry.php?entry=HE005.