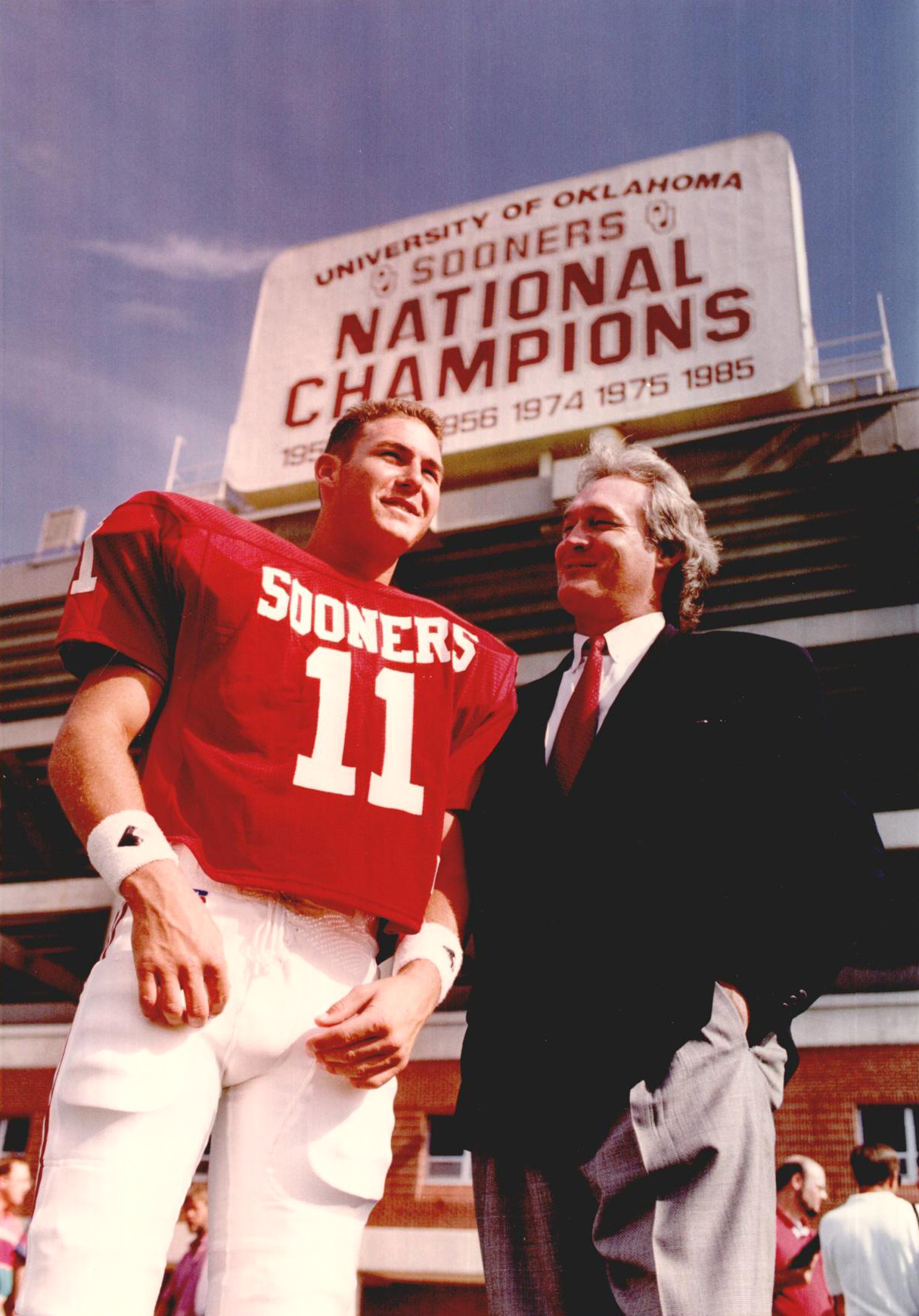 Loren Everett "Steve" Owens, one of three running backs from the University of Oklahoma to win the Heisman Trophy, not only had a successful college and professional football career, but succeeded in business and later returned to his alma mater as its athletic director. Born December 9, 1947, in Gore, Oklahoma, Owens graduated from Miami High School and accepted a scholarship from the University of Oklahoma. He attended from 1966 through 1969 and is second behind Joe Washington in OU career rushing yards. He holds the record at OU for career rushing touchdowns (56), single season rushing touchdowns (23), career rushes (905), season rushes (358), and single game rushes (55 vs. Oklahoma State). In addition to being on the All Big Eight Conference team in 1967, 1968, and 1969, Owens was named Big Eight player of the year and consensus All-American in 1968 and 1969. He won the Heisman Trophy in 1969.

The Detroit Lions selected Owens nineteenth overall in the 1970 National Football League (NFL) draft. He played professionally for the Detroit franchise for five seasons and rushed for 2,541 yards before a knee injury forced him to retire. The NFL selected him as an All-Pro in 1971 and 1972. In 1991 Owens was named to the College Football Hall of Fame and named the Walter Camp Foundation Alumnus of the Year. After football he returned to Oklahoma with his wife Barbara, whom he had married in 1967, and ran successful businesses, including Steve Owens and Associates, FORESIGHT, Inc., and Owens-Powell and Associates, all based in Norman. He became involved with many charities and helped found the Oklahoma Sports Hall of Fame that merged with the Jim Thorpe Athletic Club to form the Jim Thorpe Association, to which he has also been elected. In 1996 Owens became athletic director for the University of Oklahoma and served the school until March 1998.

The following (as per The Chicago Manual of Style, 17th edition) is the preferred citation for articles:
Larry O'Dell, “Owens, Loren Everett,” The Encyclopedia of Oklahoma History and Culture, https://www.okhistory.org/publications/enc/entry.php?entry=OW005.