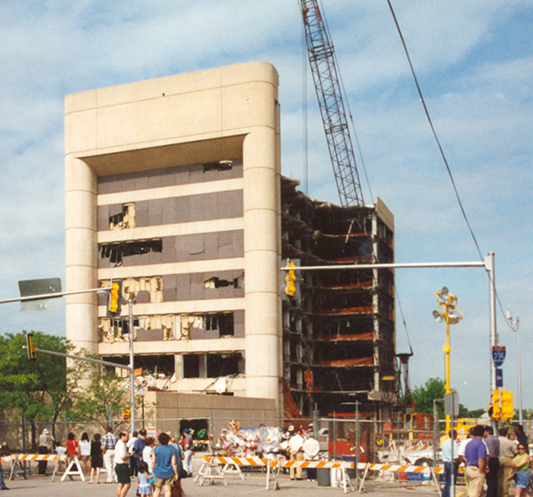 On April 19, 1995, at 9:02 a.m. a forty-eight-hundred-pound ammonium nitrateâfuel oil bomb exploded in a Ryder truck parked at the north entrance of the Alfred P. Murrah Federal Building in downtown Oklahoma City, killing 168 people and injuring approximately 850. The governor's office reported that thirty children were orphaned, 219 children lost at least one parent, 462 people were left homeless, and seven thousand people lost their workplace. The City of Oklahoma City's Final Report estimated property damage to more than three hundred buildings in a forty-eight-square-block area.