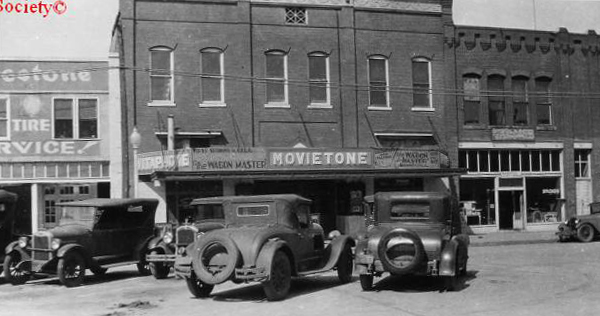 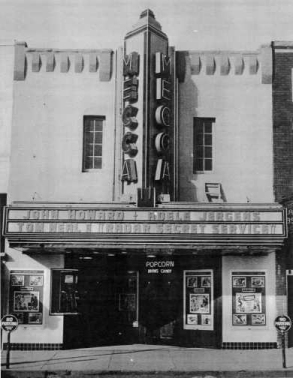 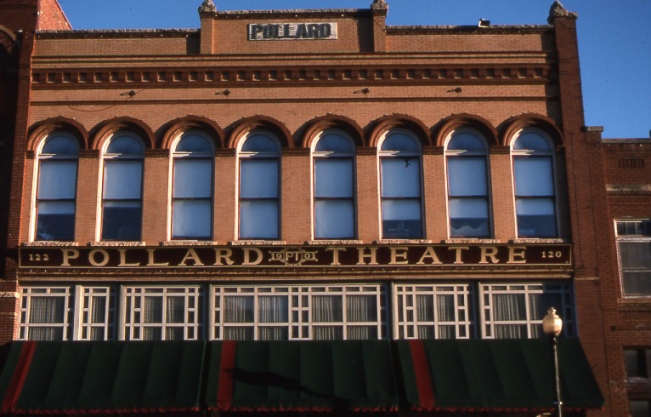 Through a series of land runs and lotteries, Oklahoma Territory was settled by people with expectations for a better life. In the late nineteenth century new towns in the Oklahoma and Indian territories quickly sprang up; railroad stations were built to handle shipping and travel, board walks were laid in front of main-street businesses, churches were raised and schools developed, and in many towns an opera house building anchored a corner lot or was the central business building along Main Street. Often the words "Opera House" appeared on the facade of these structures. These buildings served their communities as civic centers and community gathering places, and the published address of businesses nearby was often simply "the Opera House Block." In 1984 Westville's Opera Block (NR 84002934) was listed in the National Register of Historic Places. Opera houses served as symbols of culture and civilization for their communities, and they were a source of pride and a sign of development and progress.

In the smaller towns opera houses were two-story buildings that on their lower levels housed businesses, such as millinery shops or general stores, or a local doctor's office. The performance area, normally consisting of a few dressing rooms and a stage with chairs or bleachers for the audience, commonly shared the upper level with a local fraternal order. At the end of the twentieth century a fine, small-town example, the Ralston Opera House (NR 87001257), was preserved. Larger cities, such as Oklahoma City, Tulsa, and Muskogee, had buildings dedicated to entertainment, grand opera houses in every sense, with balcony boxes for society patrons, velvet drapes, and other elegant decorations. These included the Overholser Opera House (Oklahoma City), Schiller Hall (Enid), and Brooks Opera House (Guthrie). Boomtowns, such as the coal-mining center of Lehigh, often had multiple opera houses simultaneously in business.

The opera house was home to a variety of entertainment, including community dances, graduations, and other civic functions and hosted traveling theatrical companies, vaudeville troops, and operatic companies. A season's entertainment could provide the community with matinee and evening performances, featuring plays recently debuted on Broadway, musical evenings with operatic selections, as well as popular songs, animal acts, pretty girls in chorus lines, and vaudeville companies offering humorous and sometimes bawdy comic relief. The weather in the territories affected the entertainment seasons. Winter was the time for the opera season, and citizens could dress in elegant garments and crowd into semiheated theaters for an evening's entertainment. Summers, however, proved too warm for large indoor gatherings. During steamy territorial summers performances were held outdoors in fenced areas with seats and a stage or screen, commonly known as air domes.

Opera house buildings often hosted vaudeville performances on a joint bill with early silent movies, paving the way for the later "talkies," or movies with sound and dialogue. Vaudeville's national popularity lasted from 1870 through the 1920s, and the development and production of silent films overlapped this period, occurring between 1891 and 1930. The first talkie was The Jazz Singer, a Fox picture, issued in 1927.

Ornately designed and lavish movie houses built between the years 1914 to the 1930s catered to growing movie audiences. Two of Oklahoma's movie palaces extant at the beginning of the twenty-first century were the Poncan Theater (NR 84000455) in Ponca City (1927) and the Coleman Theater (NR 83002114) in Miami (1929). The Black Theater of Ardmore (NR 84002978) represents the early African American theater experience in Oklahoma. In the 1930s, when talkies developed, theater owners adapted by adding sound equipment to their auditoriums.

Susan Booker, "Did They Really Sing Opera in the Opera Houses? Public Entertainment in Oklahoma and Indian Territories, 1895–1907," The Chronicles of Oklahoma 81 (Summer 2003).

The following (as per The Chicago Manual of Style, 17th edition) is the preferred citation for articles:
Susan E. Booker, “Opera Houses and Early Movie Theaters,” The Encyclopedia of Oklahoma History and Culture, https://www.okhistory.org/publications/enc/entry?entry=OP007.