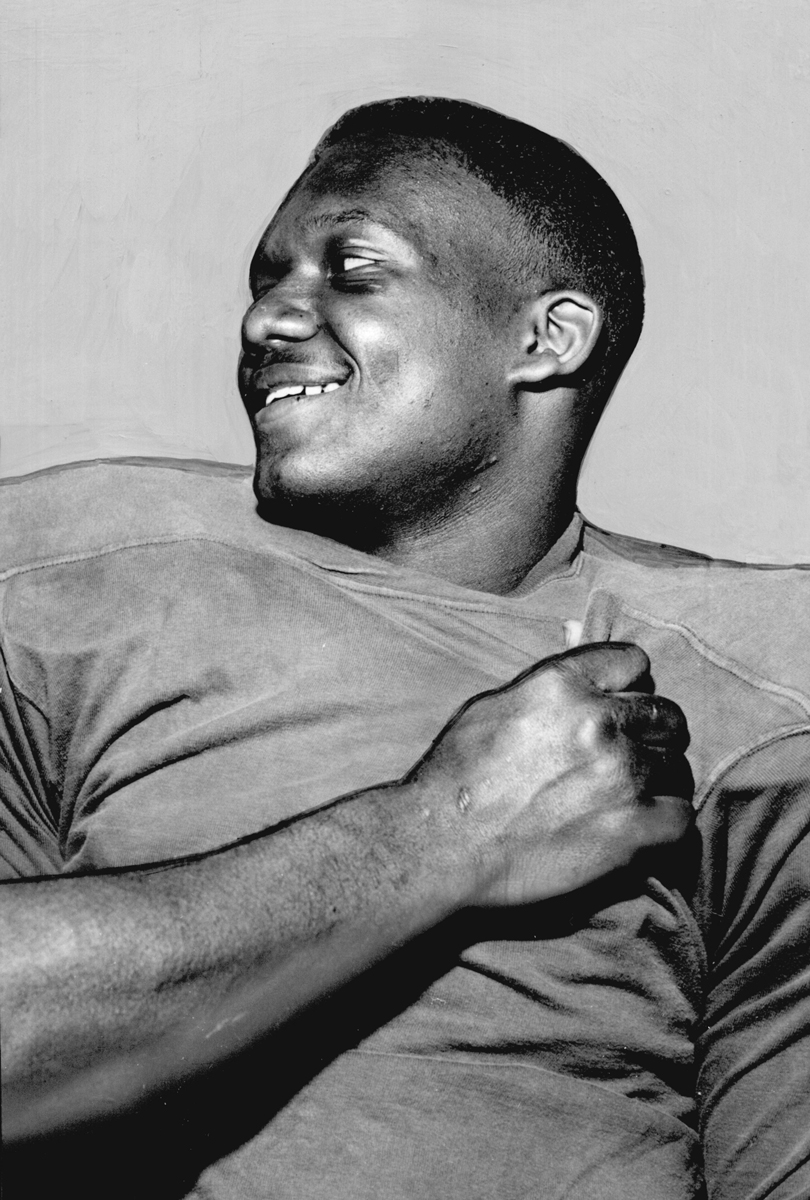 Integration was proceeding slowly in Oklahoma during the fall of 1956 when Prentice Gautt joined the University of Oklahoma (OU) Sooners football squad as the school's first black athlete. It was only two years after the U.S. Supreme Court decision on school integration in Brown v. Board of Education of Topeka, Kansas (1954), but Gautt was an All-State running back. He was born in Oklahoma City on February 8, 1938. He played in the state's first integrated high school game for Oklahoma City Douglass against Capitol Hill.

At OU he went through verbal and physical abuse, which has been well reported, including "out of line hits" in practice. After Coach Bud Wilkinson told Gautt he was not living up to his abilities, he responded by working harder, and he made the varsity squad as a sophomore. He became a starter in 1958 and set a record of 15.7 yards per carry in the January 1959 Orange Bowl, including a forty-two-yard touchdown run. He is in the Orange Bowl Hall of Fame.

After he earned All-Big Eight Conference honors twice and became an Academic All-American, the Cleveland Browns drafted Gautt into the National Football League. He rushed for 2,466 yards and scored seventeen touchdowns in eighty-eight professional games. He is a member of the Oklahoma Sports Hall of Fame.

Gautt followed his outstanding football career as an executive with the Big Eight Conference in 1979 and then as an associate commissioner with the Big Twelve Conference. He also has served as secretary-treasurer of the National Collegiate Athletic Association (NCAA) and on various NCAA committees. Continuing his education, in 1975 he received a doctorate in counseling psychology from the University of Missouri. Gautt died on March 17, 2005.

The following (as per The Chicago Manual of Style, 17th edition) is the preferred citation for articles:
Max Nichols, “Gautt, Prentice,” The Encyclopedia of Oklahoma History and Culture, https://www.okhistory.org/publications/enc/entry.php?entry=GA023.