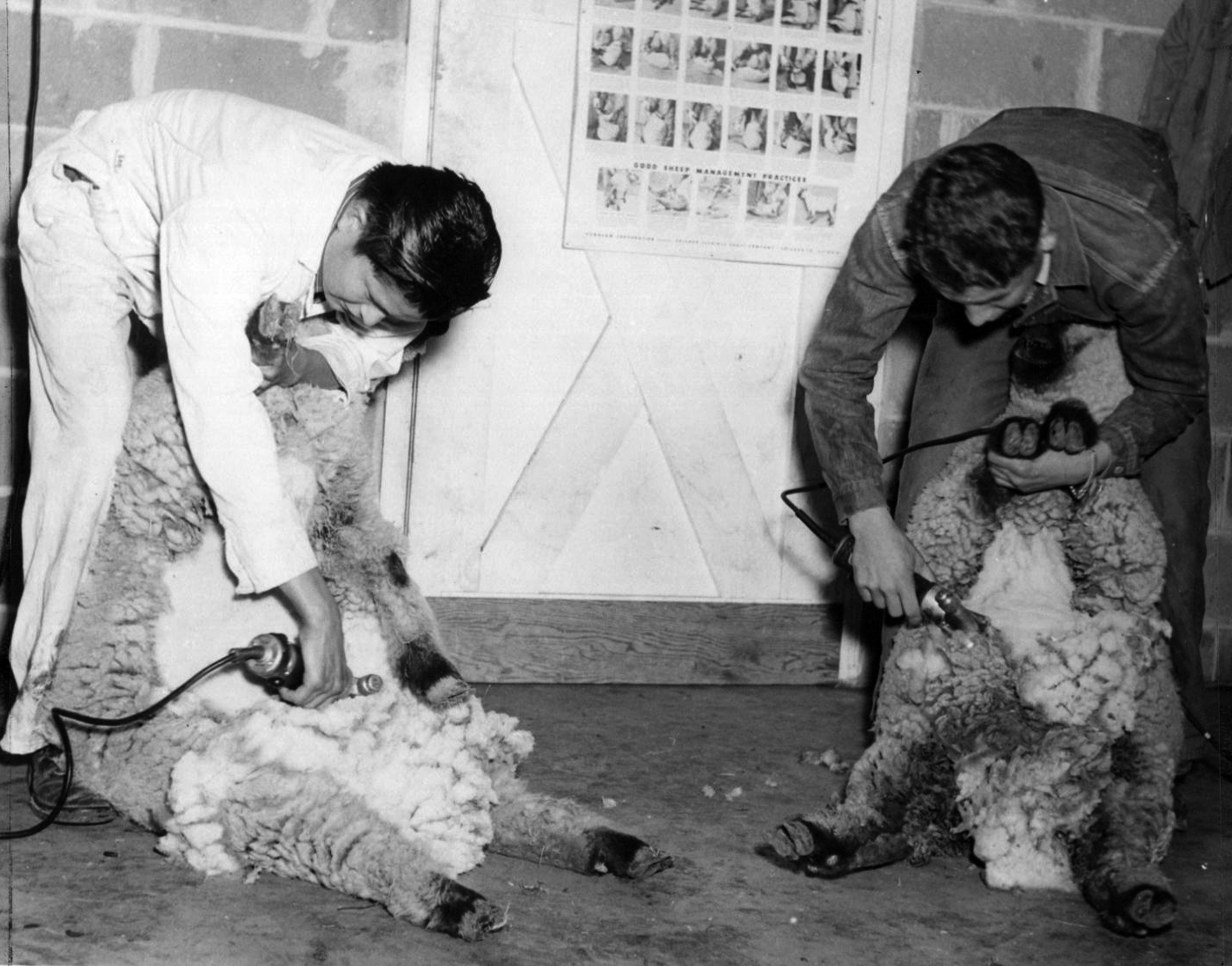 The chronicle of sheep raising in Oklahoma is a story of shepherds working to create a niche for their vocation in "a cattleman's state." Historically, cattle and sheep arrived in present Oklahoma with the Five Tribes during the 1820s and 1830s. Both were considered essential to the food and clothing norms of that era. Sheep grazed the Oklahoma Panhandle in advance of cattle, however, when pastores, Hispanic shepherds from New Mexico, wintered their flocks on the southern Great Plains after the Civil War. They were chased away in the 1870s by the threat of Indian attacks and by Texans trailing cattle northward.

The creation of Oklahoma A&M College (now Oklahoma State University, OSU), in 1890 set the stage for research to increase sheep production and improve breeding. Frank Burtis introduced livestock judging to the school in 1899. He believed judging to be an essential requirement for professional farm animal management and established high standards for his students. Two years after Burtis's departure in 1906, John A. Craig, a livestock judging authority, became the head of A&M's agriculture department. He imported Dorsets and Shropshires, the school's first purebred sheep, from England. Craig was fired over political differences in 1910, and all of the college's sheep were sold in 1917.

Between 1917 and 1929 sheep breeding and competitive showing in Oklahoma were advanced through the private efforts of Oscar Winchester of Waukomis and his protégé, Henry Moehle of Enid. Winchester encouraged Moehle to show sheep through 4-H and Future Farmer's of America (FFA). As an adult Moehle frequently addressed 4-H and FFA groups and urged them to follow his example. Fred "Mr. Sheep" Heep, secretary of the National Livestock Commission Company in Oklahoma City, began working with young people at the same time. Through his efforts hundreds of Oklahoma 4-H and FFA members were counseled on how to improve their feeding, grooming, and showing techniques. Because Heep's work with young exhibitors, breeders, and Oklahoma A&M professors was so pervasive and long lasting, the "Fred Heep Award" was presented annually to the winning sheep owner at the Oklahoma State Fair in Oklahoma City.

Albert E. Darlow, a native Oklahoman and an Oklahoma A&M graduate, joined the A&M faculty in 1919. He assumed judging instruction duties in 1920 and bought sheep for the program in 1921. In 1928 he recruited Alexander McKenzie, a Scottish-born shepherd, as a herdsman. Within two years the judging teams were nationally ranked, and the college sheep were winning ribbons and championships. In 1966, the year McKenzie retired, Bill Crutcher was hired as herdsman. During his career at Oklahoma State University Crutcher accepted credit for the advancement of sleek-shearing meat animals for better display in the show ring.

Other significant hires made by Darlow during his tenure as head of animal husbandry included Robert L. "Bob" Noble in 1949 and Joe V. Whiteman and Robert "Bob" Totusek in 1952. Noble trimmed the school's flocks from five breeds to three to improve selective breeding, and Whiteman conducted sheep genetics research at Fort Reno and published numerous scholarly articles about his work. Noble, Whiteman, and McKenzie preached the value of feeding ewes Oklahoma winter wheat. Totusek, another Oklahoma native and A&M graduate, became head of animal science in 1976. Presently retired, Totusek is an authority on the history of sheep raising in Oklahoma.

Duron Howard of Waukomis and Joe Cabaniss of Arapaho earned recognition for their success in breeding, showing, and marketing sheep. Both were named "Master Breeders" by OSU in 1998, the only two individuals so recognized to date. One unusual contribution to the industry was that of Edward Albuquerque Warner. Born in New Mexico and raised on a farm east of Perry, Oklahoma, Warner graduated from Oklahoma A&M in 1931. In 1945 he went to work for Sunbeam Corporation in Chicago, Illinois, where he developed and improved the electric sheep shear.

The following (as per The Chicago Manual of Style, 17th edition) is the preferred citation for articles:
Thomas L. Hedglen, “Sheep Industry,” The Encyclopedia of Oklahoma History and Culture, https://www.okhistory.org/publications/enc/entry?entry=SH020.