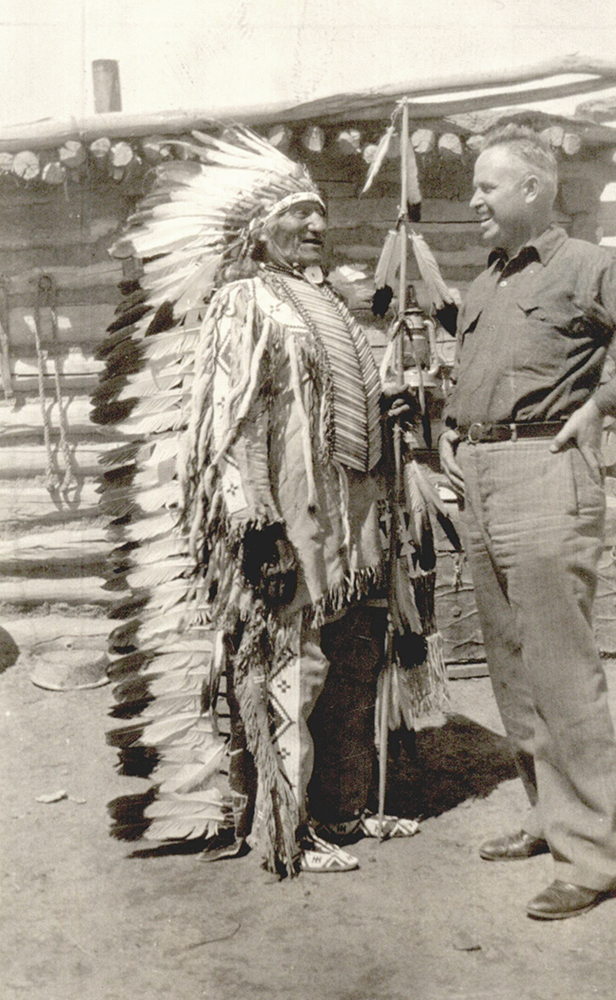 A novelist and a historian, Walter Stanley Campbell frequently used his given name and surname, Stanley Vestal, as a pen name during a publishing career that spanned the 1920s through the 1950s. Walter Stanley Vestal was born in Severy, Kansas, on August 15, 1887, to Walter Mallory and Isabel Wood Vestal. His father died soon after the boy's birth, and the younger Vestal adopted the surname of his stepfather, James Robert Campbell. The family moved to Guthrie, Oklahoma Territory, in 1898 and to Weatherford in 1903. There James Campbell served as first president of Southwestern State College. After graduating from Southwestern in 1908, Walter Campbell received a Rhodes scholarship to attend Oxford University in England in 1908â11, earning a bachelor's and a master's degree in English language and literature in 1911 and 1915, respectively. From 1911 to 1914 he taught in Louisville (Kentucky) Male High School. In 1915 he became an English instructor at the University of Oklahoma. His tenure extended through 1957, interrupted by military service in World War I, 1917â19, a Guggenheim Fellowship, 1930â31, and a Rockefeller Fellowship, 1946. Campbell married Isabel Jones in 1917, and the union produced two daughters.

The following (as per The Chicago Manual of Style, 17th edition) is the preferred citation for articles:
Dianna Everett, "Vestal, Stanley," The Encyclopedia of Oklahoma History and Culture, https://www.okhistory.org/publications/enc/entry.php?entry=VE006.