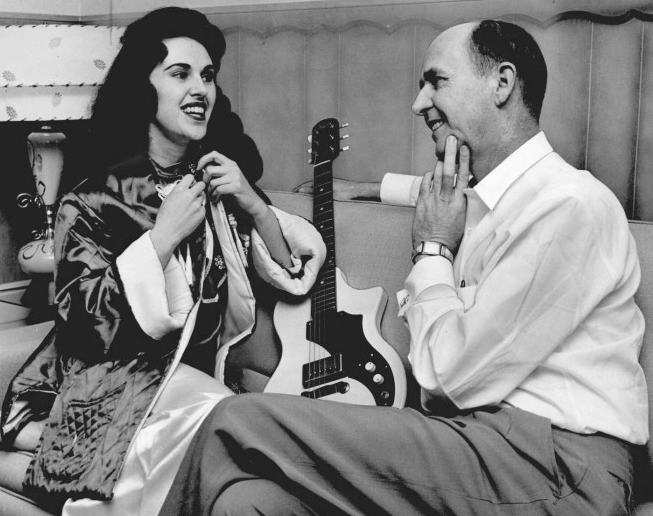 Another opportunity came when Jackson met Elvis Presley on tour in 1955â56, and he advised her to change her style to the new rock and roll. With the help of Jim Halsey, she signed a contract with Capitol Records and in 1958 recorded "Fujiyama Mama." Not a huge success in the United States, it became a hit in Japan. This resulted in a sensational tour of Japan and motivated Jackson and Halsey to hire her own band. Previously known as Bobby Poe and the Poe Kats, it was an integrated band with Big Al Downing, a fellow Oklahoman, as pianist.

Overall, she charted thirty country hits from 1954 to 1974 and was twice nominated for a Grammy Award for Best Country Vocal Performance by a Female. Often overlooked but very significant in music history is the influence of Wanda Jackson's music on an international scale. Jackson was inducted into the Oklahoma Music Hall of Fame in 2000.

The following (as per The Chicago Manual of Style, 17th edition) is the preferred citation for articles:
George O. Carney, "Jackson, Wanda Lavonne," The Encyclopedia of Oklahoma History and Culture, https://www.okhistory.org/publications/enc/entry.php?entry=JA002.