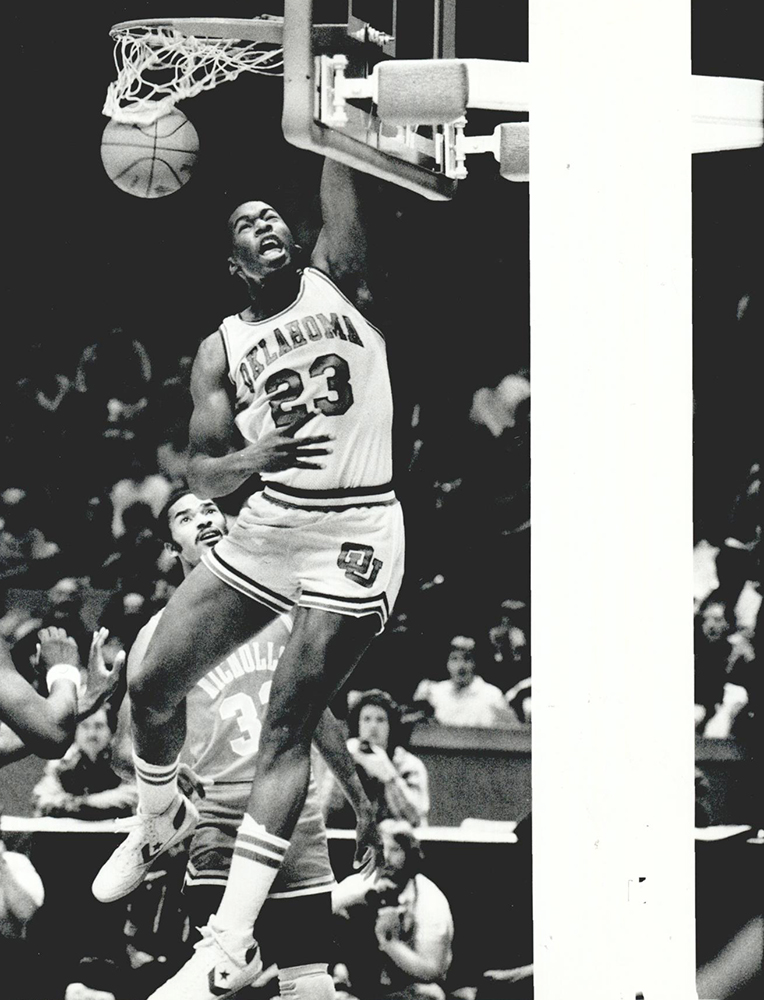 In 1984 Tisdale played for the Bobby Knightâcoached U.S. Olympic basketball team that won a gold medal in Los Angeles. In 1985 the Indiana Pacers selected Tisdale second, behind Patrick Ewing, in the NBA draft. Although he played on poor teams, none with a winning record in his first nine years, he had statistically solid seasons. In 1989 the Pacers traded Tisdale to the Sacramento Kings, and he averaged 22.3 points per game his first Kings season. The following year he injured a tendon and played in only thirty-three games. In 1994 he signed as a free agent with the Phoenix Suns and played on a winning team for the first time. Tisdale recorded a career scoring average of 15.3 points a game.

The following (as per The Chicago Manual of Style, 17th edition) is the preferred citation for articles:
Larry O'Dell, "Tisdale, Wayman," The Encyclopedia of Oklahoma History and Culture, https://www.okhistory.org/publications/enc/entry.php?entry=TI007.