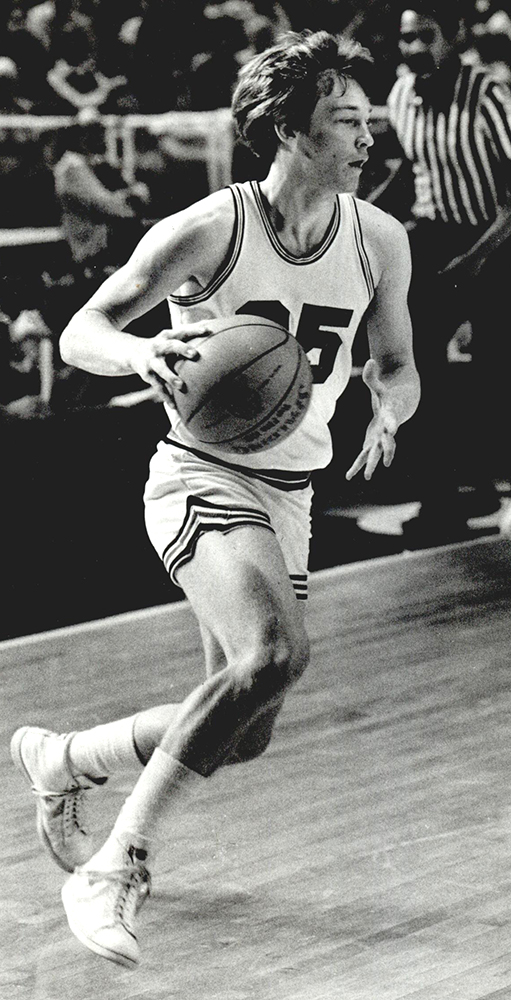 A professional basketball player, Mark Price excelled in the National Basketball Association (NBA) for twelve years. He finished his professional endeavor as the best free-throw shooter in NBA history, making 90.4 percent throughout his career. Price's father, Denny, was an Oklahoma basketball hero who starred on the Norman High School basketball team and for the University of Oklahoma. Born in Bartlesville, Oklahoma, on February 15, 1964, and a 1982 graduate of Enid High School, Mark Price was named the Daily Oklahoman's high school player of the year. He tied his father's state-tournament scoring record with forty-two points in the first round of the 1982 tournament. Mark led his state class in scoring his junior and senior seasons.

Price left Oklahoma after high school to play college basketball at Georgia Tech. While there, as a freshman he led in scoring in the Atlantic Coast Conference, which included Michael Jordan. He made the All-Conference team three times and ended his Georgia Tech stint as their second all-time scorer. The Dallas Mavericks selected Price in the second round of the 1986 NBA draft and traded him to the Cleveland Cavaliers. Price held many Cleveland franchise career records (assists, steals, three-point field goals made and attempted, and free-throw percentage) and still holds the record for free-throw percentage. In 1995 Cleveland traded him to the Washington Bullets, later the Wizards. In 1996 the Golden State Warriors signed Price and then traded him to the Orlando Magic in 1997. He averaged 15.2 points and 6.7 assists for his entire career and achieved All-Star status four of his twelve professional years. Besides his prowess at the free-throw line, Price made more than 40 percent of his three-point shots. He scored more than ten thousand points and won the NBA long-distance shootout twice on All-Star weekend. After retiring from the NBA in 1998, Price settled in Georgia with his wife, Laura, and their children, and he coached basketball. Both of Mark's brothers, Matt and Brent, played college basketball, with Brent following his older brother into the NBA.

The following (as per The Chicago Manual of Style, 17th edition) is the preferred citation for articles:
Larry O'Dell, “Price, William Mark,” The Encyclopedia of Oklahoma History and Culture, https://www.okhistory.org/publications/enc/entry.php?entry=PR013.